Truth be told, some foreign observers, and certainly this one, having been based in Tripoli the past nearly eight weeks, have not taken very seriously occasional media predictions that Tripoli might soon be invaded by ‘NATO rebels’ and certainly not by NATO country forces putting their boots on the ground.

The reasons include observations that the Libyan population is increasingly expressing anger over members of their families and tribes being killed by NATO sorties claiming to be ‘protecting civilians.’ 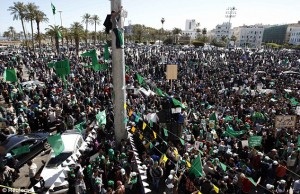 It is said by many here that tens of thousands are ready to repulse invaders who try to enter Tripoli. Support for Colonel Kaddafi appears to reflect even Western polls such as the one referred to by the UK Guardian recently that Libya’s leader Colonel Gadaffi’s popularity had perhaps doubled during the current conflict. This morning’s Rasmussen poll claims that support for NATO-US involvement has plummeted to just 20% among the American public due to among other reasons, NATO killing of civilians. It is even lower in several other NATO countries.

Until quite recently, life appeared fairly normal except for the scarcity of benzene for vehicles and some luxury food items and also some necessities such as baby formula, some medicines and reliable phone service. Earlier piles of household trash that began accumulating at some street corners around Tripoli in early March when up to 400,000 foreign workers fled West to Tunisia and East to Egypt began being cleared a couple of weeks ago as the municipality of Tripoli reorganized its severely and instantly depleted work force. 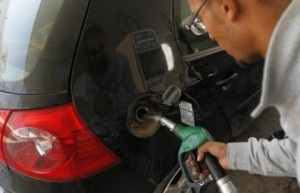 Except for the recent increase in NATO bombing sorties Tripoli has been a fairly pleasant place to be.

On 8/17/11 things abruptly changed and no one knows for sure in which direction daily life is now headed. Starting just before noon, much, if not most of Tripoli was without power. At my hotel, one of only two in Tripoli with even sporadic Internet these days (even though parts of Tripoli regularly experiences South Beirut Lebanon type sudden cuts that can last for hours or days) the services abruptly stopped for all staff & guests. Initially some guests were stuck in the elevator and a few appeared to panic. Our hotel rooms, which for security reasons have windows which don’t open began to heat up fast, laptop batteries quickly died, the weak Internet vanished, and this observer, like others, was faced with the prospect of walking down and up eighteen floors to keep appointments in the street level reception area. Two of my Libyan friends, who work in one of the hotel restaurants called my room to ask me if I wanted them to walk up some lunch. Profoundly touched by their thoughtfulness which seems typical of Libyans, I reminded them that I was fasting for Ramadan and in any case would not think of accepting their kind offer. Not long after the hotel emergency generator kicked in and the elevator began working but no power anywhere else inside the hotel. 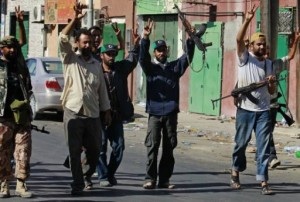 At nearby Green Square, crowds began to gather by 2 p.m. and rally against ‘NATO rebels’ and I was told thousands of Libyan citizens were ready to move to the edges of town, man check points, and support army units and repulse any advances from Al Zawieh to the West, Gheryan and several villages from the South or Brega and closer villages from the East.

Prices at the local ‘Medina’ ( street market covering several blocks selling a large variety of goods and vegetables) adjacent to my Hotel jumped up again according to two sisters who have become my friends and who shop with their mother every morning in preparation for cooking the daily ‘Iftar’ meal which breaks the Ramadan fast at sunset. Over the past six months basic food prices have largely leveled off under government warnings to merchants not to even dream about trying to price gouge.

Some people are leaving Tripoli but it’s hard to estimate how many. Most people I have asked say they will stay and they do not think ‘NATO rebels’ can enter this well-armed and apparently well-organized city of still around 1.5 million people. 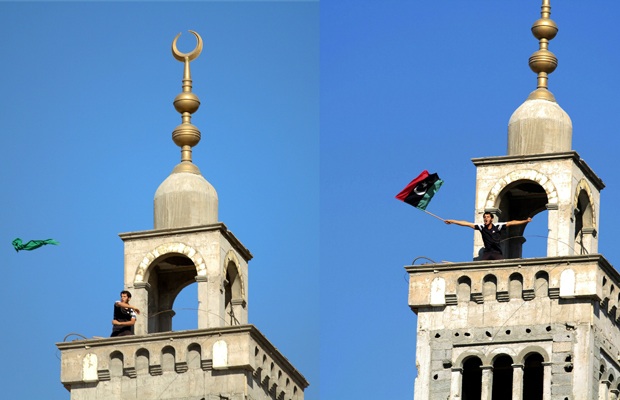 In this combo photograph, a Libyan rebel (L) removes and hurls the green Libyan national flag from the top of a mosque minaret, and then holds up the old Libyan flag (pre 1969 coup) and now adopted by the rebels (R) after reportedly entering the western outskirts of the town of Zawiyah, 40 kilometres west of the capital Tripoli, following clashes with forces loyal to Libyan leader Moamar Gadhafi on Saturday.

A delayed UN fact finding delegation, led by a spectacular Palestinian woman from Nazareth in occupied Palestine named ‘Juliette’, finally arrived by plane after the UN demanded NATO allow their plane to land at Tripoli airport. The UN group, staying at our hotel, had been blocked from the main road between Tripoli and Tunisia. As of the morning of August 18, people are trapped in Tripoli from departing to Tunisia and no one is entering from Tunisia. 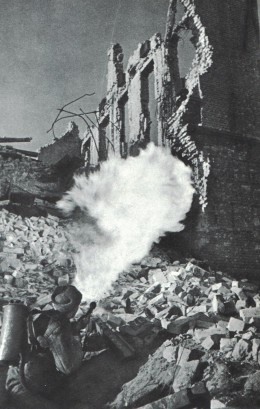 The territory of the Stalingrad Tractor Factory (STZ), where the defense of Stalingrad during fierce fighting. Time taken: October 1942

Libyan students at Tripoli’s Al Fatah University and even some government officials have told this observer that they have vowed to dig in and wage a ‘Stalingrad Defense’ of Tripoli against the advancing ‘NATO rebels.’ Certainly the neighborhoods are very heavily armed.

Some, including this observer, lack the heart to remind these dear students that at Stalingrad, the Russian citizens were holding out for the arrival of the Red Army that did indeed save many of them in the end.

One does not sense that a Red Army is en route to lift the threatened siege of Tripoli.

But maybe Tripoli’s defenders will not need a Red Army to lift a siege of Tripoli.

This week, a Libyan law student who for weeks has been helping man a neighborhood defense committee checkpoint near Airport Road left me the following note:

‘Franklin, you asked me how we will defend our capitol Tripoli if NATO bombs a path so rebel forces can arrive here and try to enter our neighborhoods. We discuss this often among ourselves during the night. This is what we have to say to answer your question’

It is not private information that our defense will be from every buildings on every main street, square or roundabout. We can and will keep for as long as possible every meter that NATO forces try to take. Every apartment building, factory, warehouse, street corner, intersection, home or office building is waiting and supplied with guns of different types, RPGs and mortars. Snipers and specially trained small 5-6 man units are ready. Our defense will be a house to house battle. From every floor and from hole in the floor we will fight NATO rebels. Also from the sewers we will fight and every basement. If NATO enters a front door we will fight them for every room in the house and from the piles of debris created from them bombing us. 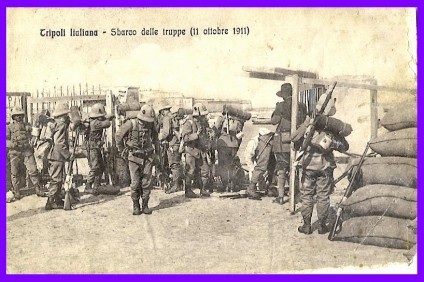 Libyans are a good and a proud people. You and I have spoken about Omar Muktar and our defeat of the Italians that cost us more than one-third of our relatives who fell in battle. Do you know my friend that during the Ottoman Empire centuries of colonization which was the only Arab or Muslim country to rebel again them? It was Libya. Only Libya, led by her tribes. We stood up against the Turks and fought two 20 year wars against them. Do NATO and Obama believe they can defeat us? 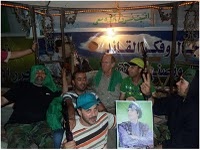 Franklin Lamb , a former Assistant Counsel of the US House Judiciary Committee at the US Congress and Professor of International Law at Northwestern College of Law in Oregon, earned his Law Degree at Boston University and his LLM, M.Phil, and PhD degrees at the London School of Economics. Lamb is Director, Americans Concerned for Middle East Peace, Beirut-Washington DC, Board Member of The Sabra Shatila Foundation, and a volunteer with the Palestine Civil Rights Campaign, Lebanon. He is the author of The Price We Pay: A Quarter-Century of Israel’s Use of American Weapons Against Civilians in Lebanon