Six MPs who quit Labour for the new group are still with Labour Friends of Israel.

A multi-millionaire pro-Israel lobbyist is funding the UK Parliament’s new Independent Group, it was revealed this week.

David Garrard told newspapers he had already donated to the MPs who broke away from the opposition Labour Party and the ruling Conservative Party.

The Independent Group is expected to eventually register as a party.

Garrard has for many years been a major financial backer of Labour Friends of Israel, a front group for the Israeli embassy, and was recently appointed to its board.

Garrard was so dismayed after Corbyn’s leadership election in September 2015, that he called in a loan of more than $2.5 million he had made to the party.

Despite this, Labour was last year reported to be Britain’s richest party, thanks to a massive influx of members enthused by Corbyn’s popular, moderately socialist agenda.

Despite leaving the party, Garrard has continued to fund individual anti-Corbyn MPs within Labour.

The Independent Group was formed last week by eight Labour MPs who quit the party, while alleging that Labour is now “institutionally anti-Semitic.”

While they were still in Labour, Garrard funded two of these eight.

The “moderate” faction was soon joined by three defecting Conservatives who agree with the group’s anti-Brexit stance.

Ian Austin, another anti-Corbyn MP, also quit Labour last week. But he has not formally joined the Independent Group, as he disagrees with its views on Brexit.

Garrard has also donated almost $28,000 since May 2016 to Austin – a leading supporter of Labour Friends of Israel.

As Austin explained to Sky News, “I’ve been campaigning against Jeremy Corbyn’s leadership for years.”

The majority of the Independent Group remain part of Labour Friends of Israel – despite no longer being members of the Labour Party.

Before she first entered Parliament in 2010, Berger for years worked as the director of Labour Friends of Israel.

The official register of donations to members of Parliament shows that in 2016 and 2017, Garrard donated almost $9,000 to Ryan and more than $50,000 to Chuka Umunna and his office.

Umunna is currently being touted as a possible new leader of the Independent Group.

Garrard, a property tycoon, told The Sunday Telegraph and The Observer this weekend that he had “already done so” when asked if he would financially back the new Independent Group.

Labour has “been hijacked by an ultra-left cabal” who want to “turn our nation into a socialist republic,” he claimed. He also repeated the right-wing smears about alleged anti-Semitism that have dogged Labour for nearly four years.

Another millionaire former Labour donor signaled his intention to switch his financial backing to the new group this weekend. 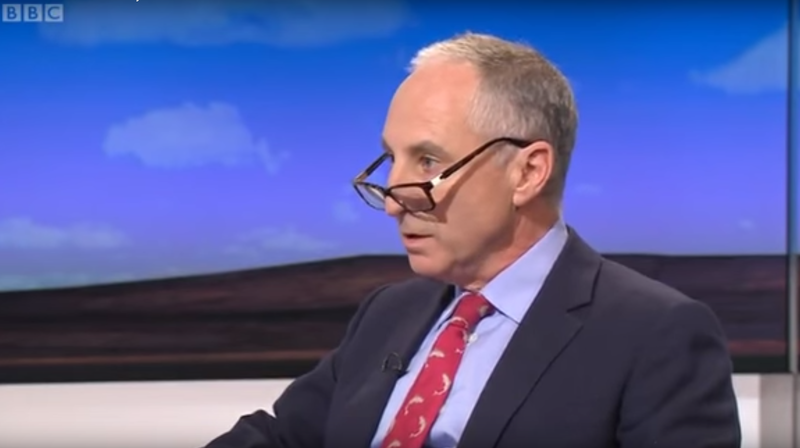 Michael Foster, who was suspended from Labour in 2016 for abusing Corbyn and his team as Nazis, told The Sunday Telegraph of the new group that he “would support them in any way that I could.”

The Sunday Times this weekend named Trevor Chinn and Jonathan Goldstein as two other “potential donors” to the group – although it cited no evidence.

Chinn is one of the leaders of BICOM and Goldstein is chair of the Jewish Leadership Council – both are British pro-Israel lobby groups.

He donated a similar amount to deputy Labour leader Tom Watson in 2018.

Although the Independent Group has signaled its ultimate intention to set up a new political party, it is not yet registered as one.

Even though most voters in practice vote for a party rather than individual MPs, there is no requirement that lawmakers who quit their party resign their seats in Parliament and stand in a by-election.

Historically, however, some MPs who left their parties have chosen to resign.

But the Independent Group’s MPs have rejected calls that they resign and seek re-election, with one ironically justifying this refusal to face a democratic vote because it would supposedly “crush the birth of democracy.”

More than a decade ago, he was embroiled in the “cash for peerages” scandal during the government of Tony Blair.

Garrard was one of four controversial names nominated by Blair to be “life peers” in the House of Lords, the UK’s unelected upper chamber.

The four were rejected, and it was later revealed they had previously loaned millions to the Labour Party, raising the question of whether they had effectively paid for the nominations.

Garrard denied any wrongdoing. Although Blair was questioned three times by police, and two of his aides were arrested, no one was ever charged with a crime.

These revelations about Israel lobby funding for the new group come soon after speculation by some in Labour of Israeli involvement in the splinter group.

Ruth George, a Labour MP, was forced to apologize after reports on a Facebook comment thread in which she had stated that “support from the state of Israel” for the new group “is possible” and that she “would not condemn those who suggest it, especially when the group’s financial backers are not being revealed.”

In 2017, an undercover investigation by Al Jazeera revealed that Labour Friends of Israel is effectively a front for the Israeli embassy.

One of the group’s staff privately admitted that, although “publicly we just try to keep the LFI as a separate identity to the embassy,” they work “really closely together.”

The documentary also revealed that the Israeli embassy was trying to engineer the creation of a “Young Labour Friends of Israel” grouping within the UK’s main opposition party, to counteract strong grassroots support for Palestinian rights.

Shai Masot was expelled from the UK after the scandal broke in 2017.

More recently, Israel has used its Act.IL app to stoke opposition to Corbyn, accusing him of anti-Semitism and falsely claiming he had compared Israel to Nazi Germany.