The event was billed as “an opportunity to celebrate the fundamental principles of press freedom, assess the state of press freedom throughout the world and pay tribute to journalists who have lost their lives in the line of duty.”

Outside the meeting, around 30 supporters of WikiLeaks founder Julian Assange called for his freedom. The protest came just days after Assange was given a vindictive 50-week prison sentence for breaking bail, following his illegal expulsion from the Ecuadorian embassy. 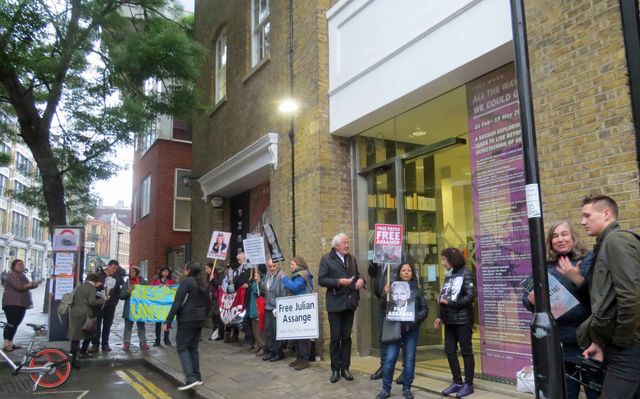 Assange supporters outside the NUJ meeting

Proceedings for extradition to the United States began at Westminster Magistrates Court last Thursday. Those picketing the NUJ event on Friday night held banners including “No to Extradition,” “Free Press, Free Assange” and “There is no free press until Julian Assange is a free man.”

Protesters demanded the NUJ give practical backing to its formal statement opposing Assange’s extradition to the United States. In vain. Not a single mention of Assange was made by any of the speakers, all of whom claimed to be champions of press freedom. Leading figures on the platform responded with undisguised hostility to those in the audience who challenged their silence.

NUJ General Secretary Michelle Stanistreet said the meeting was dedicated to Lyra McKee, the Northern Ireland journalist shot dead by the New IRA while reporting on disturbances in Derry last month. Stanistreet declared that all the NUJ’s resources would be used to “ensure that Lyra’s vision of journalism will not be silenced.” 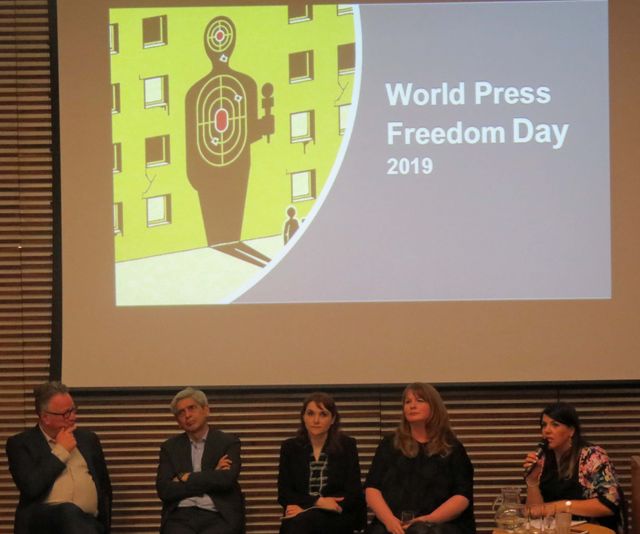 “We will not be silenced,” Kasra Naji, the senior correspondent with the BBC’s World Service Persian channel also declared, speaking about the Iranian government’s campaign of harassment and intimidation of journalists.

Chairperson Mariela Kohon, the Trade Union Congress’s senior international officer said, “The TUC stands in solidarity” with any journalist labelled an “enemy of the people” and that proceeds from the event would be donated to the International Federation of Journalists (IFJ) fund, which supports persecuted journalists and their families. 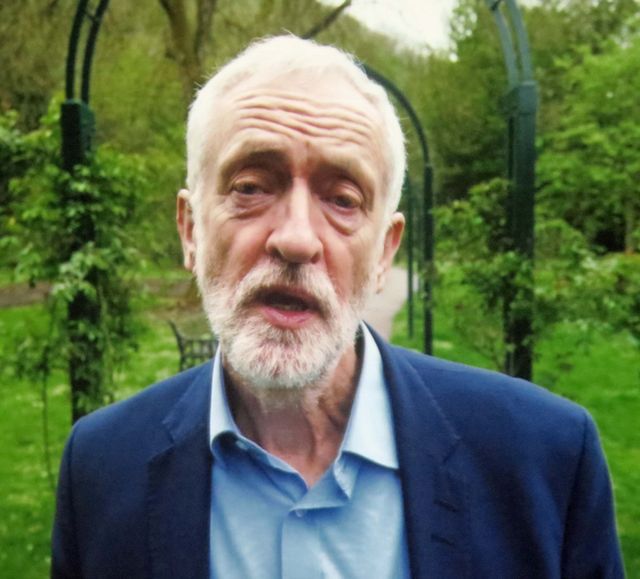 The video of Jeremy Corbyn played at the meeting

Labour Party leader Jeremy Corbyn, a former NUJ chair and secretary of its cross-party Parliamentary Group was billed as a speaker but sent a pre-recorded video in which he declared, “Today, let’s remember the importance of a free press and all those journalists who go the extra mile to find out the truth.”

Corbyn uttered not a single word in defence of Julian Assange or WikiLeaks.

When the floor was opened to questions, Assange supporter Cristina Navarrete thanked the speakers for their information about the dangers facing journalists but said there was a clear omission. “On World Press Freedom Day, we have a journalist here in the UK that is in the high security prison in Belmarsh,” she reminded them.

“As you know, Julian Assange was taken away from the Ecuadorian Embassy on 11th April. With that, the Ecuadorian president Lenin Moreno broke all the asylum laws.

“Yesterday, more importantly, Julian was informed about his extradition to the United States and he replied, ‘I do not wish to surrender myself for extradition for doing journalism that has won many, many awards and protected many, many people.’

“I just want to ask the NUJ and journalists in this room to help us step up the campaign in support of Julian Assange and hope you will help us as you have journalists in Iran and elsewhere.” 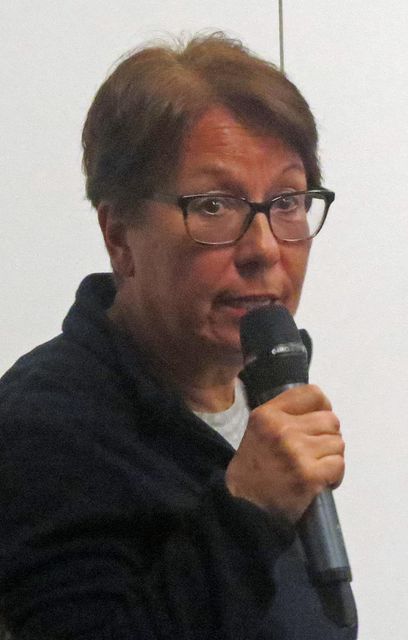 “Will you issue a statement of support?” she asked.

World Socialist Web Site reporter Paul Mitchell challenged the platform: “I find it incredible that nothing has been said about Julian Assange. This should be Julian Assange Freedom Day.

“Why has the NUJ not carried out a campaign? The NUJ had a mealy-mouthed two-paragraph statement on Wednesday to cover themselves. The IFJ statement was even less—just two sentences.

“The last mention of Julian Assange on the NUJ website was in 2014 inviting him to a seminar with the New York Times and Washington Post. Two years before, at a delegates’ conference, a motion was passed in which they said he was the greatest asset to press freedom. The IFJ hasn’t mentioned him for years.

“You owe a duty to the people demonstrating outside, to the millions of people around the world who see him as the most heroic figure of the 21st century, to say where you are and what you are going to do about it.”

Much more could have been said. In 2014 Assange was a guest speaker at the NUJ’s Investigative Journalism: A New Stage summer school, alongside Dana Priest of the Washington Post and Aron Pilhoffer, formerly of the New York Times and the Guardian’s Executive Editor of Digital.

At a 2012 NUJ Delegate Meeting in Newcastle, a motion was passed which “applauded” WikiLeaks for “exposing the culture of secrecy and lies that characterises the international operations of many governments of all political persuasions.”

It acknowledged the “important contribution made by Julian Assange himself in the development of Wikileaks as a major resource for journalism and political analysis” and stated that “the type of journalism to which Wikileaks has made a significant contribution represents a real challenge to those governments, wherever they are, which rely on propaganda, torture, warfare and subversion to accomplish their political and economic aims.”

The last mention of Assange on the IFJ’s website before its May 1 statement was a 2010 article, “IFJ Condemns United States ‘Desperate and Dangerous’ Backlash over WikiLeaks.”

“It is unacceptable to try to deny people the right to know,” IFJ General Secretary Aidan White had written. “These revelations may be embarrassing in their detail, but they also expose corruption and double-dealing in public life that is worthy of public scrutiny. The response of the United States is desperate and dangerous because it goes against fundamental principles of free speech and democracy.”

“The IFJ and its members support the rights of whistle-blowers and the responsible reporting of information in the public interest,” said White.

All of this has been forgotten. On Friday, IFJ and NUJ speakers attacked WikiLeaks supporters in the audience who challenged their refusal to mount a campaign in Assange’s defence. “To focus on Assange would be offensive to the memory of those who have been killed all over the world,” Stanistreet declared. NUJ President Tim Dawson claimed the union was “a membership-led organisation” and no one had raised the Assange case.

As Socialist Equality Party (UK) national secretary Chris Marsden stated in his remarks to the International Online May Day rally on May 4, Stanistreet “should explain to all of us how it is offensive to anyone’s memory to demand action to prevent Assange himself possibly being executed.”

Dawson told those assembled on Friday that “some journalists” have “issues” with Julian Assange. There are indeed “many such despicable journalists,” noted Marsden.

In keeping with the NUJ’s Orwellian celebration of World Press Freedom Day, its report of the event, published on the NUJ website the next day, made no mention of the hour-long Q&A session featuring questions from Assange supporters.