The European Union (EU) has formally agreed to grant an extension to Brexit but is holding off on how long it should be. Ambassadors for the 27 member states met for two hours Friday. Due to divisions and given the stalemate in the British parliament, they said a final decision would be made early next week.

An EU official reported that there was “full agreement” on the need for an extension beyond October 31, following the request made by Prime Minister Boris Johnson last Saturday. A diplomat quoted in the Financial Times said, “There is a consensus that the EU will agree on an extension… Talks on the length of the extension will continue at the beginning of next week—also in light of developments in London.” 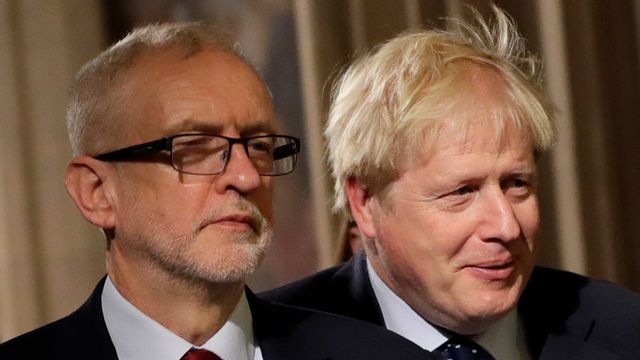 Following the request, Johnson made a further attempt Tuesday to have his agreement passed. MPs voted by a majority to back the Bill but again voted for Brexit to be delayed as they opposed Johnson’s three-day timetable to have all the related legislation passed to meet the October 31 exit deadline.

Germany, Spain and Italy were all pushing for the three-month extension, while French President Emmanuel Macron has emerged as the lone opposition voice. The Financial Times cited a diplomat who said of the French stance in Thursday’s talks, “It ended up 26 against one… We should not be the ones who provoke no-deal.” The Guardian cited a “senior diplomat” who said “It is the French, always the French… And they never back down.”

France also successfully opposed the EU granting Britain a nine-month extension last April, after Johnson’s predecessor, Theresa May, failed for the third time to pass in Westminster the deal she had reached with the EU.

The Guardian reported, “As a result [of divisions within the EU and Britain], if there is no general election, there remains the possibility that the EU will offer a shorter delay, to mid or late November, merely to allow time for ratification, although sources suggested this remained unlikely.”

Given the divisions in the EU and at Westminster, Johnson and a number of Cabinet Ministers, including Home Secretary Sajid Javid, concluded Friday that it was impossible for the UK to leave in just six days on October 31.

The previous evening Johnson made a statement in parliament after Tory MPs, backed by the Democratic Unionist Party, passed the vote on his Queen’s Speech legislation programme for the parliamentary session ahead. He called again for a general election to be held, stating that he would grant MPs adequate time to scrutinise his Withdrawal Agreement Bill (WAB) deal with the EU, provided they supported holding a general election on December 12. Johnson believes that he can win a general election on a campaign message that he—three years after the referendum—represents the will of the people in seeking to “Get Brexit Done” against a recalcitrant Remain-supporting parliament.

Article continues below the form

Johnson made the move after failed talks with Labour Party leader Jeremy Corbyn earlier that day over a timetable in which MPs could scrutinise and amend the WAB. Corbyn said that he would only back a general election provided Johnson make a commitment that the UK would not leave the EU in a “no-deal crash-out.” Corbyn knows Johnson is unable to make such an offer, as much of his support in the Tory Party is dependent on its hard-Brexit wing who will only support him if he keeps the option of leaving the EU without a deal.

On Monday, Johnson will table a motion in the House of Commons requesting backing by MPs for a December 12 general election. If he wins the vote, Johnson plans to bring the WAB back to parliament for another vote, with a new date set of November 6 to leave the EU.

But for a general election vote to pass he requires, under the Fixed-term Parliaments Act, the backing of two thirds of all MPs. Labour has 245 of the 650 seats. Under instructions from his Blairite MPs, who do not want a general election, the Labour leader said on Friday, “Providing the prime minister comes to Parliament on Monday and makes it absolutely clear he is going to make sure that there is no crash out—because his deal includes the possibility of a no-deal exit—if he comes on Monday and says that, then OK.”

Corbyn’s “bring it on” pose is a transparent fraud. He knows that a majority of his own MPs do not want a general election, so he covers his exposed rear by making one conditional on a demand Johnson is all but certain to reject. As in all things the Blairites remain in de facto control of all the central policy decisions made by this party of state.

On Thursday, the press was awash with the supposed instructions to Labour MPs indicating that the party would abstain on a general election call, but that MPs were free to vote against. The Guardian reported, “It is understood that he [Corbyn] will make a final decision on how to instruct MPs once the EU27 have confirmed what extension the UK will be offered,” but that at least one Labour MP “had been told they could abstain or vote against the motion for an election.”

Responding to Johnson’s demand that he “man up” and back an election, Corbyn said, “We are not resisting the chance to have an election. We want an election because we want to take our case to the people of this country, but we do not want this country to be in any danger of crashing out of the EU without a deal because of all the damage that will do to jobs, services and trade all over this country.”

These constant capitulations only embolden the right, but the fact is that many of Corbyn’s supporters are just as keen to avoid a general election. Pro-war Labourite Barry Sheerman—who backed fellow Blairite Owen Smith in the failed coup against Corbyn following the 2016 referendum vote—told the Guardian it would be “crazy to agree” to Johnson’s election scenario. “We had a meeting of the parliamentary Labour party two weeks ago where right across the range of opinion in the party we said we wouldn’t support an early election.”