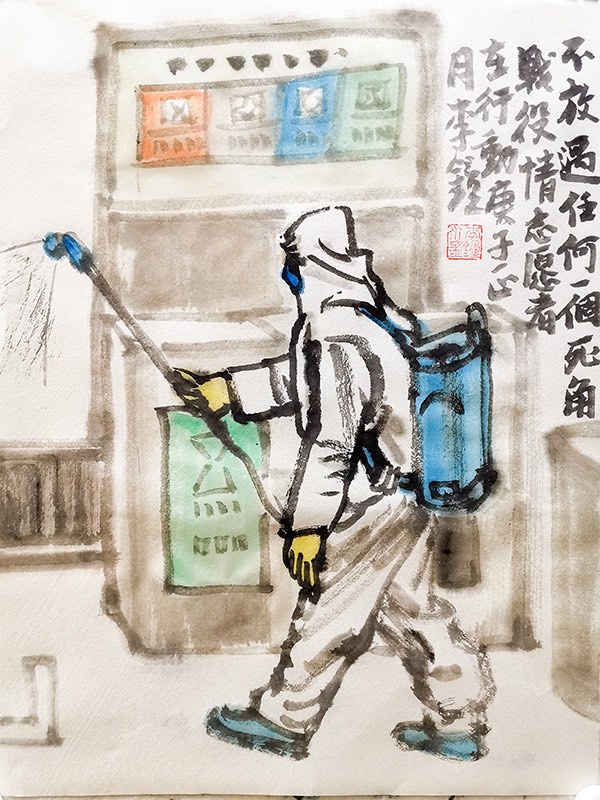 It is hard to remember that just a few weeks ago, the planet was in motion. There were protests in Delhi (India) and Quito (Ecuador), eruptions against the old order that ranged from anger at the economic policies of austerity and neoliberalism to frustration with the cultural policies of misogyny and racism. Ingeniously, in Santiago (Chile), during its wave after wave of protests, someone projected a powerful slogan onto the side of a building: ‘we won’t go back to normal, because normal was the problem’. Now, in the midst of the novel coronavirus, it seems impossible to imagine a return to the old world, the world that left us so helpless before the arrival of these deadly microscopic particles. Waves of anxiety prevail; death continues to stalk us. If there is a future, we say to each other, it cannot mimic the past.

Certainly, the coronavirus is a serious matter and certainly its spread is a consequence of its own danger to the human body; but there are social issues here that bear serious thought. Key to any discussion has to be the sheer collapse of State institutions in most of the capitalist world, where these institutions have been privatised, and where private institutions have operated to minimise costs and maximise profit. 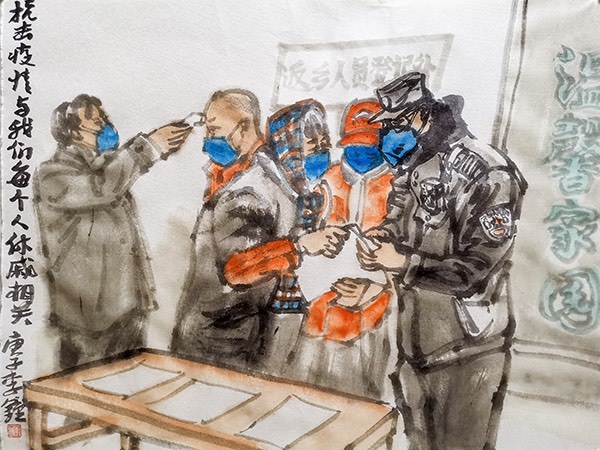 This is most clear in the health sector, where public health institutions have been underfunded, where medical care has been transferred to private corporations, and where private hospitals and clinics operate without any surge capacity. This means that there are simply not enough hospital beds or medical equipment (masks, ventilators, etc.) and that the nurses, doctors, paramedics, janitors, and others on the front line are forced to operate in conditions of acute scarcity, in many cases without basic protection. It is often the people who make the least who are putting the most at stake to save lives in the face of the rapidly spreading pandemic. When a global pandemic strikes, the private-sector austerity model simply falls apart. 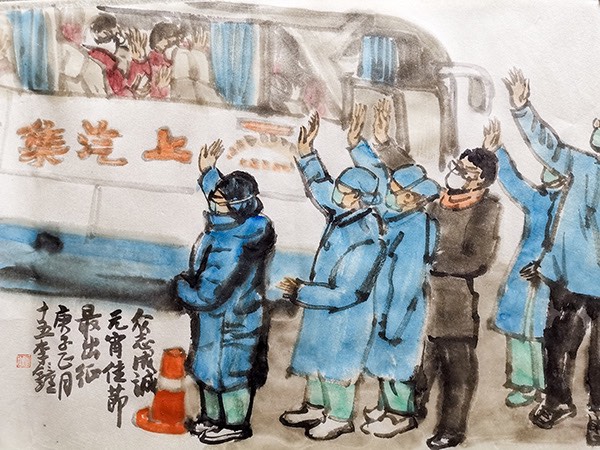 Furthermore, our economic system has been so completely tilted to favour the financial sector and the plutocracy that it has – for a long time – simply ignored the growth of large-scale and permanent precarious employment, underemployment, and unemployment. This is not a problem created by the coronavirus or by the collapse of oil prices; this is a structural problem for which a term – precariat, or precarious proletariat – was invented at least a decade ago. With lockdowns and social isolation, small businesses have shuttered, and precarious workers find that their precarity defines them entirely. Even the most hardened bourgeois politicians are now forced to confront the reality of two points: 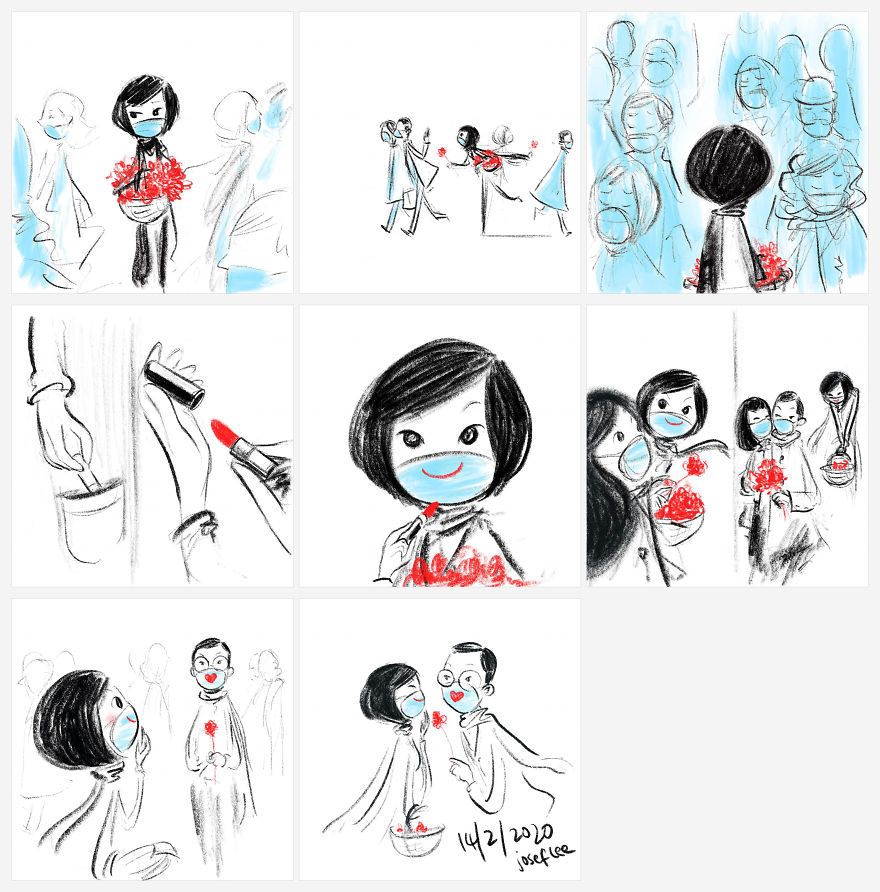 Josef Lee (Singapore), Comics in Response to the Coronavirus, 2020.

Last week, the International Peoples Assembly and Tricontinental: Institute for Social Research released a 16-point programme for this complex moment. A concatenation of crises has struck us: there are the long-term structural crises of capitalism (decline in the rate of profit, low rates of investment in the productive sector, underemployment and precarious employment), and there are the short-term conjunctural crises (collapse of the price of oil, the coronavirus).

It is now widely recognised, even by the investment houses, that the strategy for recovery from the 2008-09 financial crisis is not going to work; pumping large amounts of cash into the banking sector will not help. Directed investments are necessary in areas that had previously faced serious austerity cuts – areas such as health care, including public health, and income support. Manuel Bertoldi of Frente Patria Grande (Argentina) and I make the case for a serious debate around these issues. More than a debate about each separate policy, we need a debate about the very nature of how to understand the State and its institutions.

A key achievement of austerity capitalism has been to delegitimise the idea of State institutions (notably those that improve the well-being of the population). In the West, the typical attitude has been to attack the government as an enemy of progress; to shrink government institutions – except the military – has been the goal. Any country with a robust government and State structure has been characterised as ‘authoritarian’.

But this crisis has shaken that certainty. Countries with intact State institutions that have been able to handle the pandemic – such as China – cannot be easily dismissed as authoritarian; a general understanding has come that these governments and their State institutions are instead efficient. Meanwhile, the States of the West that have been eaten into by austerity policies are now fumbling to deal with the crisis. The failure of the austerity health care system is now clearly visible. It is impossible to make the case any longer that privatisation and austerity are more efficient than a system of State institutions that are made efficient over time by the process of trial and error. 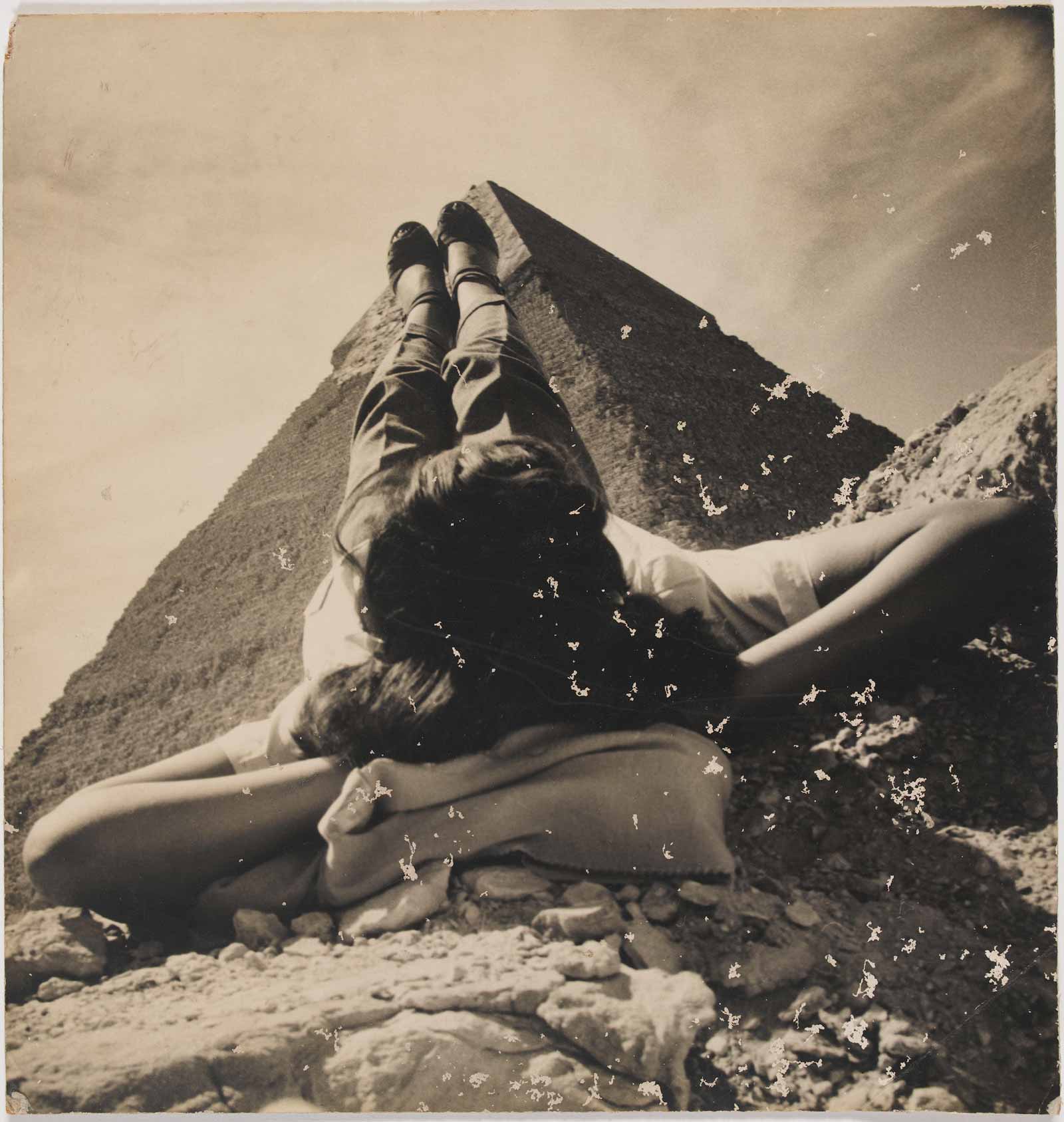 The coronavirus has now crept into Palestine; most alarmingly, there is at least one case in Gaza, which is one of the world’s largest open-air prisons. The Palestinian Communist poet Samih al-Qasim (1939-2014) used to call his homeland the ‘great prison’, from whose isolation he gifted his luminous poetry. One of his poems, ‘Confession at Midday’, offers a brief journey into the emotional damage done to the world by austerity and neoliberalism: 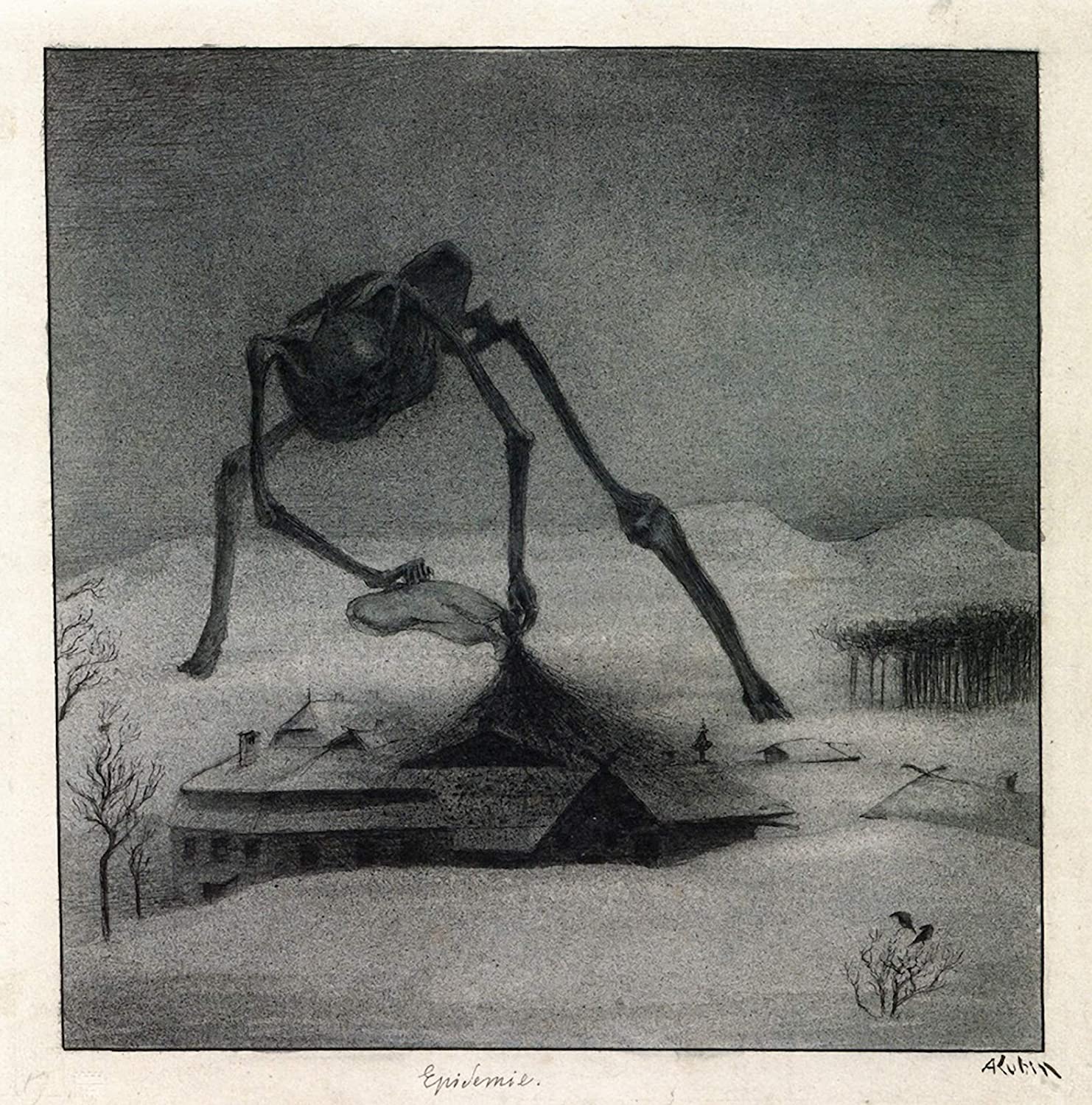 The coronavirus has only just begun to make its impact on India, whose public health system has been deeply eroded by a generation of neoliberal economic policies. Within India, the state of Kerala (population 35 million) – governed by the Left Democratic Front – is in the midst of a deeply campaign to tackle the coronavirus – as Subin Dennis, a researcher at the Tricontinental: Institute for Social Research, and I make clear in this report. Our findings suggest that Kerala has certain in-built advantages and that it has put in place measures that are worthy of study. 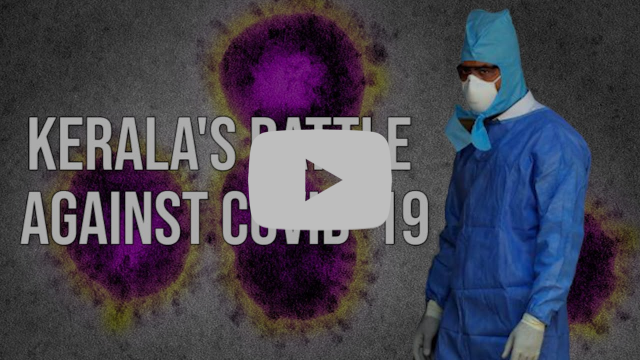 How is Kerala tackling the Coronavirus pandemic?

This is a rational and decent programme; it, along with the 16-point plan, should be studied and adopted elsewhere. To dither is to play with the lives of people. 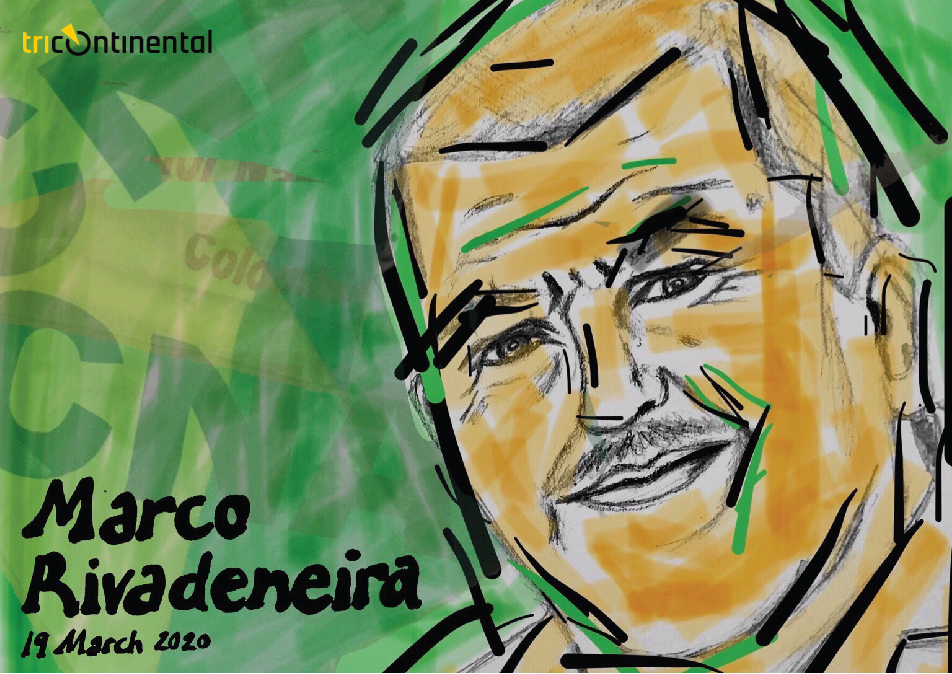 Colombia has implemented a national nineteen-day quarantine. Meanwhile, in prisons in Colombia, inmates held a protest against overcrowding and bad health facilities, fearing the death count if coronavirus breaches the walls; the crackdown by the State led to the death of twenty-three people. This is a fear in prisons around the world.

Meanwhile on 19 March, Marco Rivadeneira, an important leader of the agricultural worker and peasant movement in Colombia, was in a meeting with peasants in the municipality of Puerto Asís. Three armed men burst into the meeting, seized Marco, and assassinated him. He is one of more than a hundred leaders of popular movements who has been assassinated this year in Colombia, and one of eight hundred murdered since 2016 when the civil war was suspended. As Tricontinental: Institute for Social Research dossier no. 23(December 2019) shows, this violence is a direct consequence of the unwillingness of the oligarchy to allow history to advance. They want to return to a ‘normal’ situation that benefits them. But Marco wanted to create a new world. He was killed for the hope that motivated him.