Facebook – no longer called social network but “ecosystem”, which also includes WhatsApp, Instagram and Messenger – has exceeded 3 billion monthly users. It is therefore no wonder that, in the midst of the coronavirus crisis, Facebook launches the project of one of the largest submarine cable networks, 2Africa: 37,000 km long (almost the maximum circumference of the Earth), it will surround the entire African continent, linking it north to Europe and east to the Middle East.

There will initially be 23 interconnected countries. Starting from Great Britain, the network will connect Portugal before starting its circle around Africa through Senegal, Ivory Coast, Ghana, Nigeria, Gabon, Republic of the Congo, Democratic Republic of the Congo, South Africa, Mozambique, Madagascar, Tanzania, Kenya, Somalia, Djibouti, Sudan, Egypt. In the latter section, the network will be connected to Oman and Saudi Arabia. Then, across the Mediterranean, it will arrive in Italy and from here to France and Spain. 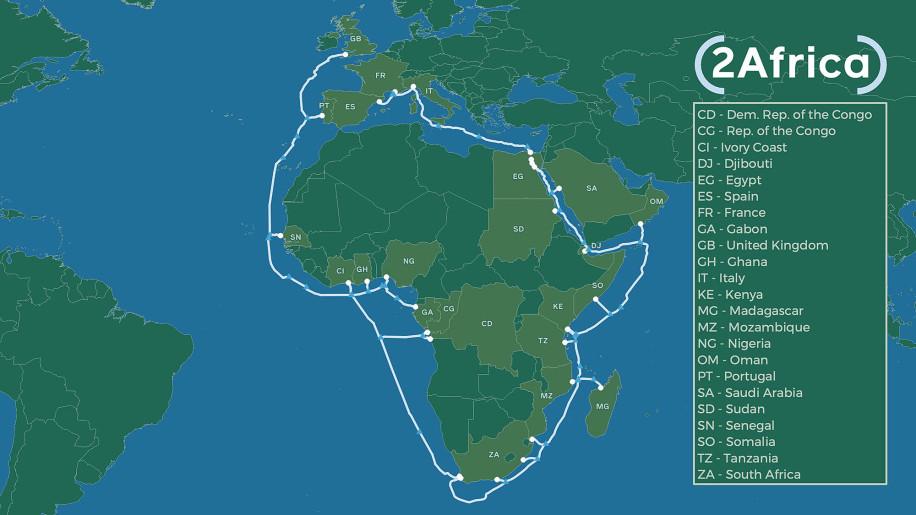 This large-capacity network – explains Facebook – will be “the pillar of a huge expansion of the Internet in Africa: eco-nomies flourish when there is an Internet widely accessible for businesses. The network will allow hundreds of millions of people to access broadband up to 5G. ” This, in summary, the official motivation of the project. One fact is enough to cast doubt on it: in sub-Saharan Africa about 600 million people, equivalent to more than half the population, do not have access to electricity.

What will the broadband network be used for? African elites, who represent the interests of multinationals in the continent, will be more closely connected to their parent companies.

The network will also serve other purposes. Two years ago, in May 2018, Facebook established a partnership with the Atlantic Council, an influential Washington-based “non-partisan organization” that “galvanizes US leadership and engagement in the world. together with allies”. The specific purpose of the partnership is to guarantee “the correct use of Facebook in elections around the world, monitoring disinformation and foreign interference, helping to educate citizens and civil society”.

What is the reliability of the Atlantic Council, particularly active in Africa, can be deduced from the official list of donors that finance it: the Pentagon and NATO, Lockheed Martin and other war industries (including the Italian Leonardo), ExxonMobil and other multinationals, the Bank of America and other financial groups, the Rockefeller and Soros foundations.

The network, which will connect 16 African countries to 5 European NATO allies under US command and to 2 US allies in the Middle East, can play a role not only in economic terms, but also in political and strategic ones. The “Digital Forensic Research Lab” of the Atlantic Council will be able to communicate every day to African media and politicians which news is “fake” and which “true”. Facebook’s personal information and tracking systems can be used to control and target opposition movements. Broadband, even in 5G, can be used by US and other special forces in their operations in Africa.

In announcing the project, Facebook stresses that Africa is “the least connected continent” and that the problem will be solved by its 37,000 km of cables. They can be used, however, as a modern version of the old colonial chains.

This article was originally published on Il Manifesto. Translated from Italian.

Manlio Dinucci is an award-winning author and Research Associate of the Centre for Research on Globalization.

Disclaimer: The contents of this article are of sole responsibility of the author(s). The Centre for Research on Globalization will not be responsible for any inaccurate or incorrect statement in this article.Copyright © Manlio Dinucci, Global Research, 2020