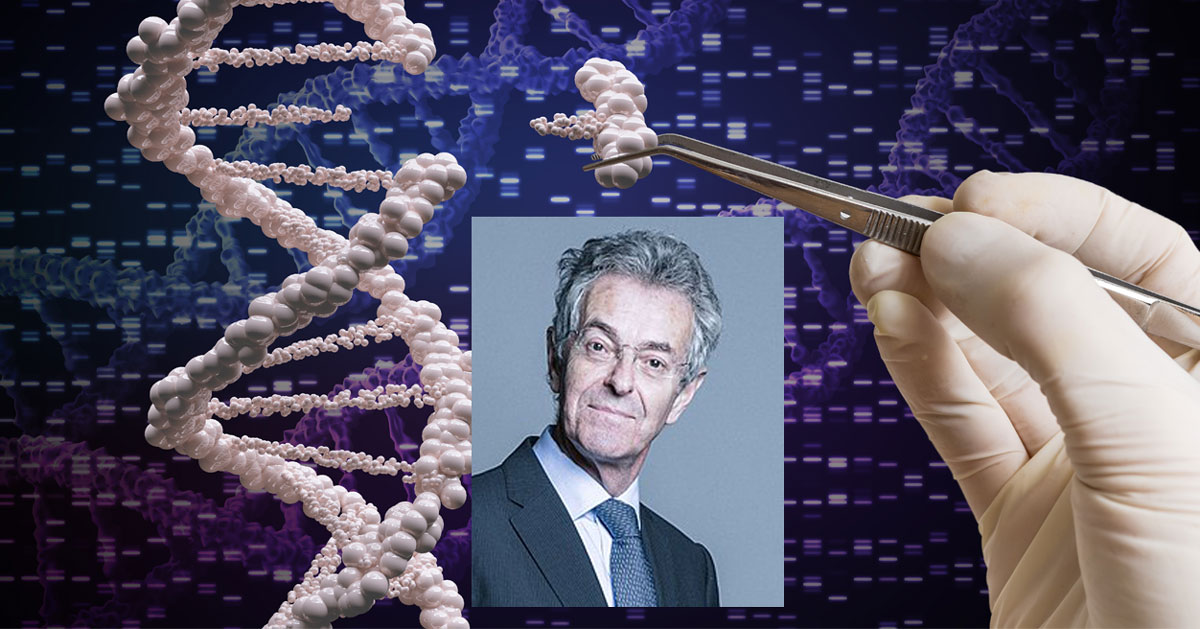 Makes inflated promises and false claims for an unproven technology

Below is a transcript of what the GMO promoter and member of the UK’s House of Lords, John Krebs, told the BBC in an interview about the government’s intention to deregulate gene editing so that it’s no longer defined and regulated as a genetic modification technique.

Krebs was a supporter of the amendment to the Agriculture Bill, which aimed to deregulate gene editing. While the amendment was withdrawn, ministers have voiced the government’s intention to take up the deregulation of gene editing issue, starting with a public consultation in the autumn.

We include below some challenges from Baroness Young of Old Scone, a member of the House of Lords, which were included in the BBC interview, and also our own comments and those of Beyond GM [in square brackets] on why Krebs’s claims are misleading and false.

Krebs is a zoologist specialising in bird behaviour. He has no expertise in food safety, farming, or public health. In spite of this, he was appointed as first chair of the UK Food Standards Agency (FSA) when it was set up in 2001, and remained in the post until 2005.

He used his FSA chair to campaign against organic foods and promote first-generation GM crops (which failed to deliver on any of their promises). He also backed the position of the US government and the agbiotech industry in opposing the strict EU labelling and traceability rules on GM foods and crops.

Now he’s making the same inflated claims for gene-edited crops as he made for first-generation GM crops. Gene-edited crops, too, will fail to deliver on these promises.

In the interview transcribed below, Krebs backs some form of regulation for gene-edited crops and foods. However, rather than the current EU system of process-based regulation, which is triggered by the fact that the organism is a GMO and thus takes into account risks arising from the genetic manipulation process, he favours a type of regulation that is generally called product-based regulation. Below he describes his envisaged regulatory system as being triggered by the novel-ness of any new crop or food, be it GM or non-GM.

The problem with this system is that it ignores the process by which the organism is created and focuses only on the intended trait, thus missing unintended effects of the GM process.

This is based on the Canadian regulatory system and would mean the end of GMO labelling for gene-edited foods, crops and seeds, thus removing choice from farmers, the food industry and consumers.
—

John Krebs: We know from the lessons of the 1990s with genetically modified crops, which is a very different matter from gene editing, that there is some suspicion and resistance from some people and I think it needs to be discussed in an open and transparent way and given plenty of time for debate.

[Comment from GMWatch: Gene editing has some differences from transgenic genetic modification but is still a GM procedure and poses similar risks, as stated by the 2018 European Court of Justice ruling that classified gene-edited organisms – called in the ECJ case new mutagenesis techniques – as GMOs. Whatever one’s thoughts on Brexit, the ruling was true to the science underpinning gene editing and any attempt to exempt gene editing from GMO regulations is contrary to the science.]

[Comment from Beyond GM: The proposed consultation is, of course, welcome. But the shape it takes is crucial. If it follows the usual format it will involve an opportunity for members of the public to submit their thoughts online. Usually such consultations are poorly publicised and those that respond tend to be in silos representing one side of the debate or the other.

They are also, often, framed in such a way to provide government with the answers it wants. Thus it it concerning to hear Lord Krebs, one of the proposers of the deregulation amendment, describe it as “a public consultation on harnessing the potential of the brilliant UK plant science research community to make our agriculture greener, more productive and more sustainable.”]

Baroness Young of Old Scone: There is an undeniable issue that once a gene-edited species has been released that it is irreversible, and if there are any consequential ill effects they can’t then be put back in the bottle. So this is important and tricky stuff.

And I would take issue with Lord Krebs in that producing insect-resistant crops isn’t just stopping the insects eating the crops, it will have an impact on the biomass of insects in just as dramatic a way as killing insects with pesticides. So we’ve got to think about what’s happening to our insect populations if many of our crops were to be developed with insect resistance. That is their food source.

Krebs: Baroness Young makes good points and I would say any gene-edited crop or animal would have to go through a rigorous regulatory approval procedure. The comments Baroness Young made about “You can’t put the genie back in the bottle”, that’s true of a new conventionally bred crop; the possibility of interbreeding with wild relatives has to be carefully assessed but is also true of novel conventionally bred crops. As for killing insects, the advantage of gene editing is you could target the insect killing very accurately on the pests that are feeding on the crop.

[Comment from GMWatch: GM Bt insecticidal crops were also, and are still, claimed to kill only the target pests. But this claim has long been discredited, as shown by the peer-reviewed studies summarised in GMO Myths and Truths. The insecticidal toxins contained in GM Bt crops have been found to harm non-target and beneficial insects, bees, aquatic organisms, and beneficial soil organisms. When consumed, GM Bt crops have been found to have adverse effects on the health of laboratory and farm animals. Krebs does not give details of the GM insect-killing technology that he would like to see engineered into gene-edited plants, but we would be willing to bet good money that it will also harm other species.]

[Comment by GMWatch: Some regulation is better than none. But the kind of product-based regulation favoured by Krebs is unacceptable. It will fail to spot unintended effects of the GM process as it will only focus on the intended trait that is meant to be added to the plant. And it will exclude gene-edited crops and foods from GM labelling because the process by which the organism was developed will be ignored in the regulatory procedure.]

Krebs: There are a whole range of possibilities that were mentioned in the debate in the House of Lords – drought resistance, disease resistance in crops, yield improvement, for example, shatter resistant oilseed rape, those are the kinds of benefits to the farmer. But benefits to the consumer – [include] better nutritional qualities, fewer toxins for example, taking allergens out of peanuts, taking gluten out of wheat, I think the field is wide open.

[Comment by GMWatch: It is a violation of evidence-based policymaking and democracy to write law and policy based on unsubstantiated claims of benefits that may or may not appear at some point in the future (we’re betting they won’t, but let’s be charitable here), while ignoring the undoubted risks that have been pointed out by 61 eminent scientists. These risks include the production of unexpected toxins and allergens in food and unexpected effects on wildlife, such as Baroness Young mentioned.

As for claims of imaginary GMOs such as allergen-free peanuts and gluten-free wheat, these have been promised for years – yet conventional breeding and non-GMO technologies are way ahead of GM in developing low-gluten and gluten-free wheat and barley and hypoallergenic (low allergy) peanuts. And if genetic engineers ever believe they have developed a hypoallergenic food, they will need to test it rigorously to ensure that they haven’t created new allergens and/or toxins.

The only way we can ensure that such foods can be reasonably expected to be safe is through a rigorous regulatory testing and assessment. And that assessment has to start with a consideration of the process used to create the food, so that regulators know where things can go wrong and thus what to look for.]