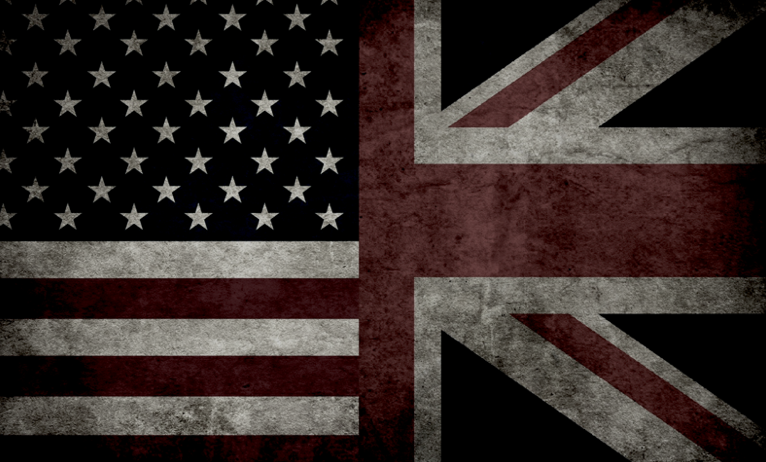 The majority of Britain’s most respected economists, business leaders and business groups are in agreement on one thing and one thing alone – that Brexit is going to be bad for Britain. These same people are of course referring to the prospects of the country as a whole, of its people, of civil society and how we all fair in the 21st century. They are not talking about a small group of people who are set to massively profit from Britain’s economic downturn – the very people who funded the ideology of Brexit.

Let’s take one man as an example, not forgetting that this is just a single individual of a few billionaires and corporations deliberately destabilising Britain for the purposes of making huge gains.

Robert Mercer is an American hedge fund manager, a computer scientist who was an early artificial intelligence researcher and developer, and former co-CEO of the hedge fund company Renaissance Technologies. In 2016, Mercer not only earned $125m from RenTech but he threw $25m at Donald Trump’s election campaign – and look where that ended!

Not only that, but Mercer was the principal investor in the now-defunct Cambridge Analytica. In 2018, a blueprint was leaked which showed how Cambridge Analytica claimed to have won the White House for Donald Trump by using Google, Snapchat, Twitter, Facebook and YouTube. It was a campaign to micro-target US voters with carefully tailored messages – effectively undeclared ads that were viewed billions of times in the runup to the election. CA got access to the data of 50 million Facebook accounts and its campaign was based purely around voter manipulation. The technology they used, the algorithms and the micro-targeting system was described as a ‘psychological warfare tool‘. and a ‘Weaponized AI Propaganda Machine.’ It was designed around winning ‘hearts and minds’ in the warzones of places like Iraq and Afghanistan. It was also used by western political mercenaries in places like Benin, Ethiopia and Libya.

This same system of psychological warfare and propaganda campaigning that significantly assisted Trump getting to the Whitehouse is now known to have helped drag Brexit over the line. It is a matter of fact that one-quarter of the electorate (of 46,501,241) who voted (72.2 per cent turnout) had not made up their minds one week before the referendum. The referendum result ended up 52/48 (1.2 million vote difference) – and many were persuaded by these tools of informational manipulation.

In the meantime, Renaissance Technologies flagship Medallion fund was determined only last April to have ‘avoided’ up to $6.8 billion in taxes over a 15-year period and is now in a battle with America’s Internal Revenue Service.

Then, the Trump administration failed to win a second term and it all ended in disaster. The social media giants decided to act after the fact (having profited from it all) and so Trump’s followers went to a new platform called Parler, where Trump and his sycophants thought they could stoke up yet more trouble.

According to The Wall Street Journal’s – CEO John Matze, he confirmed that Rebekah Mercer (daughter of Robert) has been one of the biggest investors in Parler since its founding in 2018. Other sources reportedly said it was a family investment. Parler has been since been removed from Apple’s App Store and Android’s Play Store after failing to implement proper moderation following the riots seen at the US Capitol. It’s not surprising. Parler is not the “free speech” platform its been touted as – it’s a domestic terrorism platform once hidden on the dark web. It isn’t just a platform for the mouthpieces of the right-wing – it gathers people around the narrative of extremism and violence of the hard-right.

Robert and Rebekah Mercer, along with the Mercer Foundation have links with Steve Bannon, Vote Leave, BeLeave, Ukip, Leave.EU and many American right-wing political organisations associated with deregulation and free-market extremism. Back in 2018, they were exposed as being tied to those with a climate science denial agenda that seeks only to slash regulation, and line the pockets of those with a vested interest. There are other actors in the linkages that are all connected with people like Arron Banks and organisations like the DUP, right-wing news outlet Breitbart and free-market extremist think tanks like the Cato Institute.

The Cato Institute boasts nearly 66 policy contributors, 72 adjunct scholars and 14 fellows – made up almost universally of white, male, middle-class, middle-aged right-wing men. It has an annual budget of around $32m and assets of nearly $100m (source). It is the world’s largest, most influential libertarian think tank but has been dogged with scandals around workplace harassment, boardroom punch-ups, lawsuits, and sex scandals. It is deeply embedded in other such institutions that work hard to deregulate markets and shrink government – all of whom strive to privatise everything possible (SourceWatch). Mercer not only donates very large sums of money to Cato – the Mercers have invested $millions into dark money group the Donors Trust.

Their goal is to privatise education including schools and health services and actively work towards blocking regulation focused at the environment. They strongly object to banking regulations and corporate taxes. They also strongly object to civil liberty restrictions, except when it suits – such as their support for domestic wiretapping and state surveillance and the crushing of privacy. They would have outlawed ‘sexual privacy’ and gay marriage and have very close ties with elements of the Republican Party, the conservative religious right – and their tentacles reach into dozens of other think tanks and free-market organisations.

And don’t think the tech giants are doing the right thing – companies like Facebook and Google are some of the biggest donors of the Cato Institute and the tobacco industry supports its ‘Regulatory Rollback‘ programme.

In March 2018, it emerged that there was a link between Peter Thiel’s secretive big data analytics firm, Palantir and Cambridge Analytica. More recently we’ve learned Palantir is now deeply involved in a massive data project that gives it access to Britain’s NHS database. In other words – the people that got Brexit over the line and got Boris Johnson into No10 Downing Street now have access to Britain’s jewel in the crown – the NHS.

From just one man – Robert Mercer, we see a web of power structures all designed to undermine public health, education and the regulatory framework that protects workers rights, the environment and so much more. We also see that Mercer – described as the ‘single most influential donor to Trump‘ who has pumped millions into right-wing lobby groups – is also funding a domestic terror platform like Parler.

Mercer and Cambridge Analytica also had undisclosed links to Canadian digital firm AggregateIQ, which also played a pivotal role in Dominic Cummings’ VoteLeave campaign, where he delivered an estimated one billion individually curated targeted adverts of blatant propaganda to voters in the lead up to the Brexit referendum, which broke the law.

And if Mercer needs more information about his character, not only is he reported to be a billionaire – he is also reported to have been sued by several members of his household staff, who accused him of docking their wages and failing to pay overtime.

It is people like Robert Mercer, his family, friends and business associates who are coming to turn the United Kingdom into what looks something like little America. Brexit is a Trojan Horse. It always was a strategy to invite a foe into our country under cover of an ideology, a bit like a malicious computer program that tricks users into willingly running it – also called a Trojan Horse.