Not just in the UK, but in Spain, Portugal and France, as our regular digest of developments across Europe shows, governments and quangos are warning universities and institutions that the re-evaluation of colonial history will bring dire consequences – at the same time presenting themselves as champions of free speech and academic freedom. The Department of Education’s proposal for ‘free speech champions’ suggests that ‘unacceptable silencing and censorship’ is now widespread on campuses. It builds on the government’s attacks on critical race theory, the ‘dreadful’ Black Lives Matter protests (Priti Patel’s word) as well as the nebulous concept of a ‘woke agenda’.

Meanwhile, the outgoing chair of the Charity Commission, who had previously taken aim at the race equality sector, says regulatory action may be needed against charities that support ‘culturally contentious causes’. A strange proposal indeed, given that most charities for the promotion of human rights, whether in the field of racial justice, gay rights or even child poverty, were seen as ‘culturally contentious’ when they were set up – which is why they were needed in the first place! For charities with a focus on racial justice, is it really possible to avoid the issue of racism’s historical roots? In her independent inquiry into the causes of the Windrush scandal, whose recommendations were accepted by the government, Wendy Williams found that the scandal happened in part because of public and officials’ poor understanding of Britain’s colonial history. Perhaps the government needs reminding of the recommendations that they have signed up to.

And are politicians in fact attempting to shut the stable door after the horse has bolted? The momentum in academia, in the arts and heritage sector, and indeed, in popular culture is towards interrogation of the past. That spirit of inquiry should not be repressed by weaponising the law, a move that the Conference of University Presidents in France has warned will embolden the far Right. As if to prove the point, the far-right Chega (Enough) party in Portugal has launched a vicious campaign against SOS Racismo’s leading light, Mamadou Ba, supporting a petition demanding his deportation for offending against the nation’s history and symbols. This Portuguese citizen’s ‘crime’ was to question the establishment’s veneration of the recently deceased African-Portuguese commander Marcelino da Mata, who, Ba argues, carried out war crimes in Africa during the Portuguese colonial wars (1961-74).

It is so hard to question injustice when government policy and institutional practice are stacked against you – but the importance of not kow-towing to political pressure is demonstrated in Frances Timberlake’s searing account of the Belgian authorities’ attempts to frustrate truth-telling following the death of Kurdish Iraqi toddler Mawda Shawri. The police officer who fired the bullet that killed her recently appeared in court, but the trial has brought little relief for the grieving parents, who were repeatedly blamed for their own child’s death. 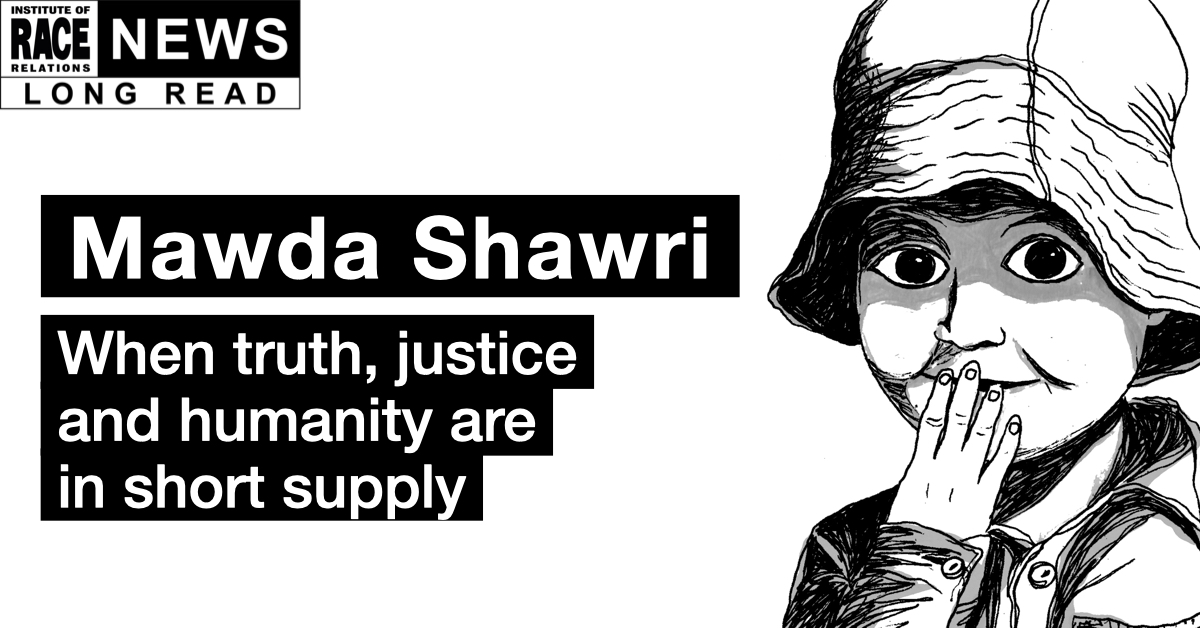 At the conclusion of the trial of the Belgian police officer who shot and killed two-year-old Kurdish Iraqi Mawda Shawri, a case that has become a symbol of the violence and injustice faced by those crossing borders within Europe to seek a better life, a campaigner Frances Timberlake reflects on a flawed process and provides a timely reminder that the UK is deeply implicated in European border policing.

This week’s calendar records another death following police contact in Wales, as well as troubling repression against attempts to re-evaluate colonial histories across Europe. 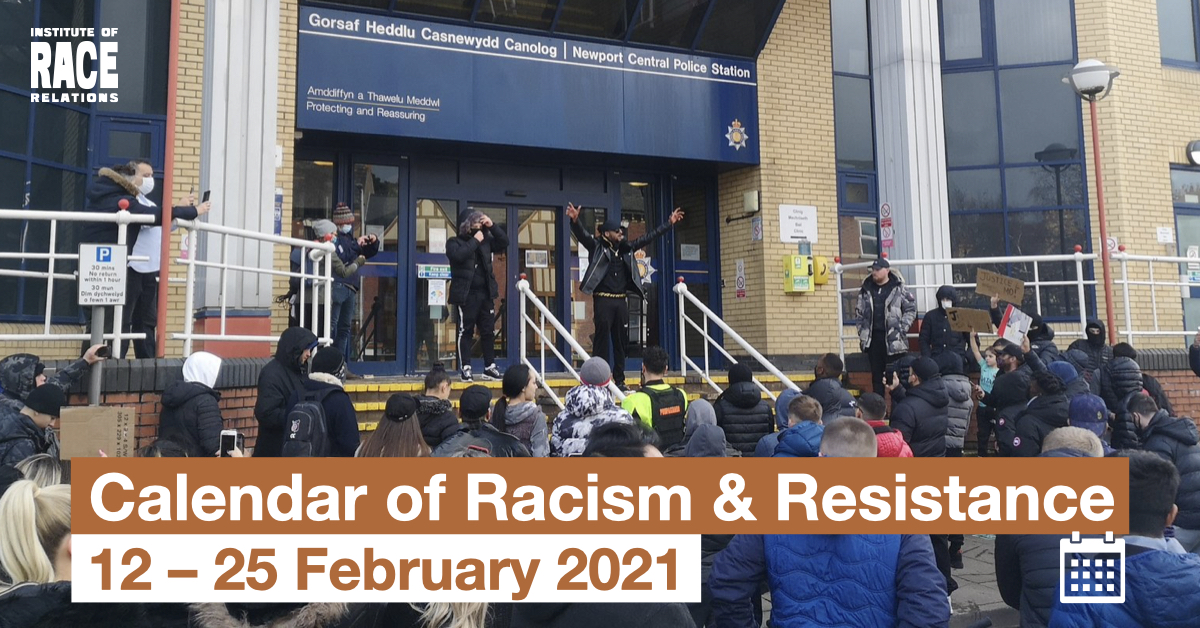 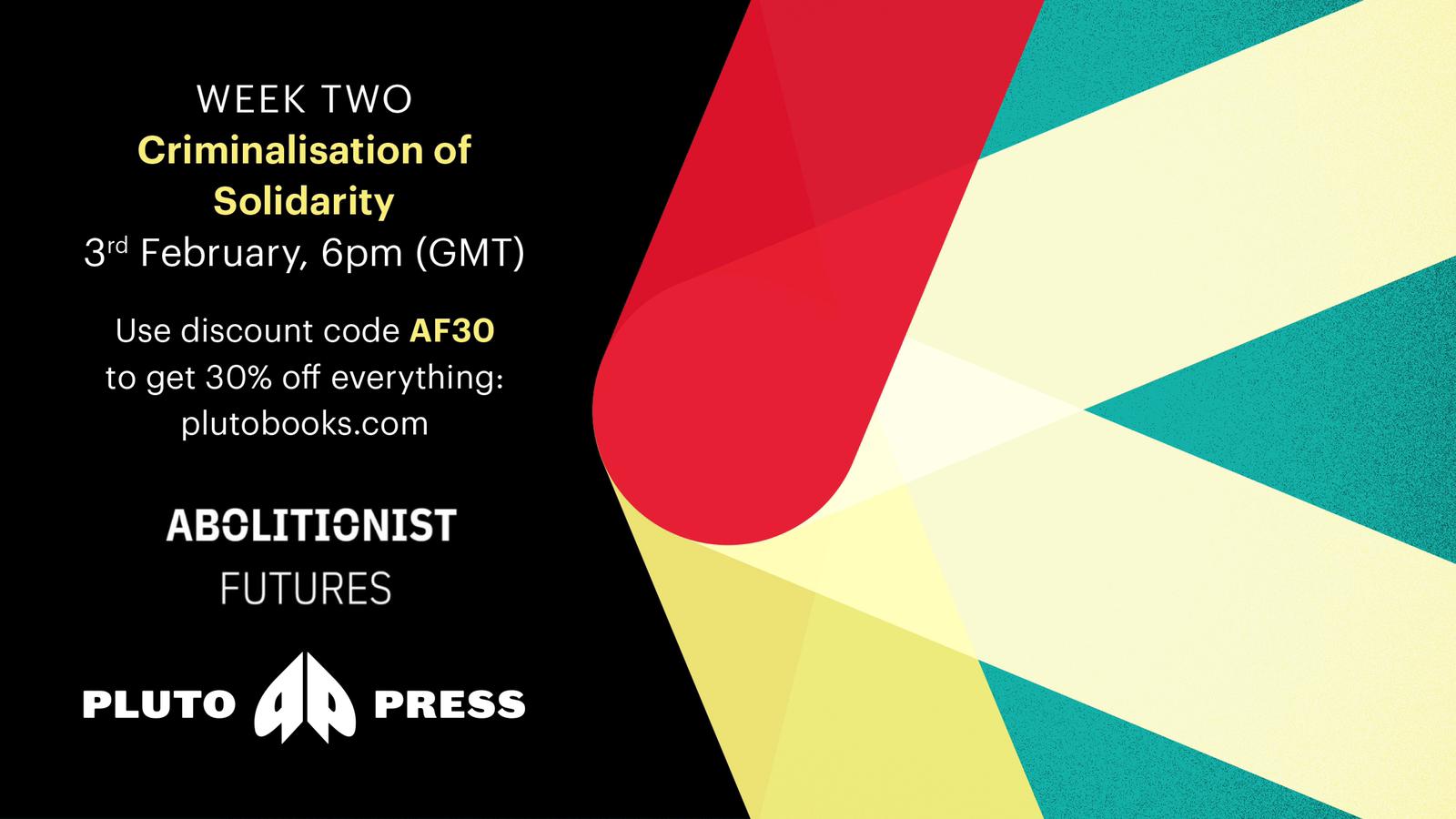 Our Chair and Director have spoken at three webinars this month which can be watched back online. IRR Director Liz Fekete spoke at Abolitionist Future’s Criminalisation of solidarity discussion, whilst Chair Colin Prescod spoke at Imposing Racilised State Discourses hosted by Social Scientists Against the Hostile Environment. Last week, Colin also spoke at The Struggle for Migrant Justice in Britain: Lessons from History, hosted by Migrants Organise.