Will the Labour Party ever form another government?

It never ceases to amaze how the repetition of a lie quickly becomes a received truth. Goebbels must be turning in his grave. If only Labour had supported Brexit then all would be well. The statistics demonstrate that regardless of the position Labour took it would have done badly.

The Hartlepool by-election result was not unexpected, even if the size of the 16% swing took most people by surprise. I have conducted an analysis of 31 Red Wall seats and they make grim reading. 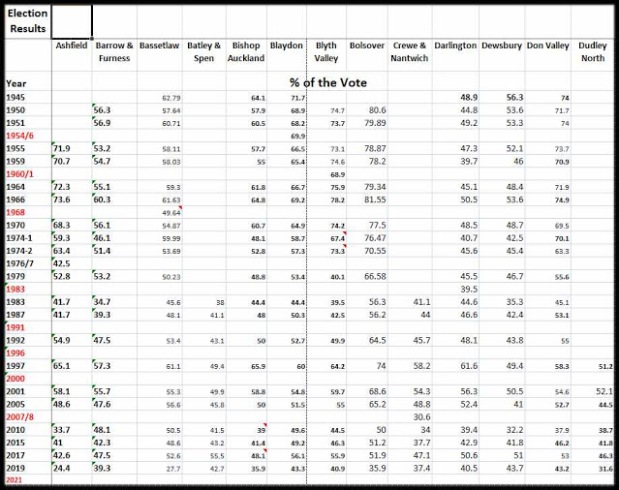 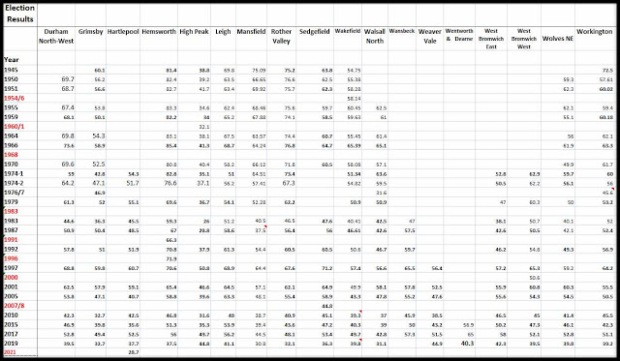 The picture is repeated everywhere with the exception of Batley and Spen and Hemsworth. Despite the malevolent and dishonest explanations of those like Tom Watson and Mandy Mandelson who put Labour’s defeat down to Corbyn’s ‘long shadow’ it is abundantly clear that the problem was the utter failure of the Labour Right to offer any answers to the problems of neo-liberalism – the destruction of whole industries, the cuts to the NHS, the increasing proportion of national wealth spent on the military, the attacks on civil liberties etc.

The evidence is crystal clear. What caused Labour to lose in 2019 was not Corbyn’s radical manifesto but the determination of the Labour Right that given the choice they would prefer to see Boris Johnson in power than Corbyn. The Labour Right, Hodge, Tom Watson, Wes Streeting, Mann and Austin, acted as a fifth column. If Corbyn and McDonnell had shown the guts to expel half a dozen of them it would have sent a signal to the coup mongers that their days were numbered.

It is a lesson that has yet to sink into the thick skulls of Momentum and the Campaign Group. You can’t form an alliance with the pro-capitalist, racist Right in the Labour Party. They have to be purged like they have purged us. To those who say that Labour is a broad church I agree.  But even the broadest church doesn’t tolerate non-believers and atheists.

It should have been a no-brainer that the Right’s ‘anti-Semitism’ offensive, in conjunction with the Tory Press, the Guardian, Board of Deputies and virtually every Establishment talking head (with few honourable exceptions such as Peter Oborne) was their chosen method of attacking the Left. It was as dishonest as it was all-embracing. 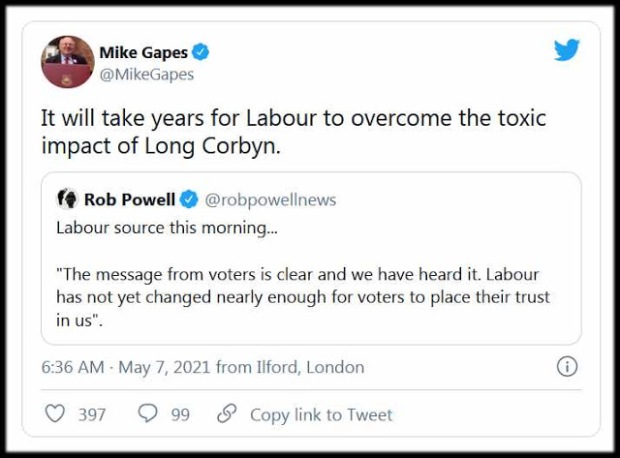 Today we see Tory MPs so concerned about ‘anti-Semitism’ that they call for the dismissal of Professor David Miller at Bristol University. Robert Halfon MP is so worked up that he compares the situation at Bristol University with that of German universities in the 1930s. Presumably, as an extra-curricula exercise Miller takes his students on book burning expeditions! What is it that motivates Tory MPs to protest about ‘anti-Semitism’ when they are silent over the continuing Windrush scandal or the daily discrimination that Black British people face?

But it was not simply the Labour Right who lost Labour the 2019 election and who, under Starmer are determined to ensure that Labour faces future electoral oblivion. The fault is equally that of the Labour left which not only failed to stand up to Tom Watson, Ian Austin and the Zionist lobby, but actually adopted their narrative. 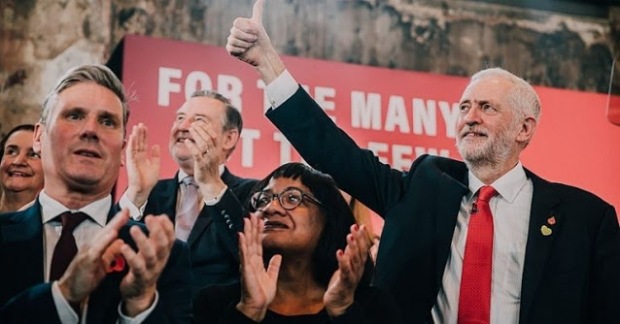 We were told by Jon Lansman, Momentum’s Fuhrer, that Labour suffered from ‘unconscious’ anti-Semitism. Proof? There was none. John McDonnell ran around like a headless chicken telling all the Zionists targets to apologise. Ken Livingstone told me that McDonnell advised him to apologise ‘because the Jews are a forgiving people.’ With that kind of idiocy you don’t need friends.

There seemed to be no recognition of the fact that the threat of a Corbyn government had put the shivers up the ruling class. The threat of even mild reforms to its power and privilege was more than enough to unleash a barrage of vitriol and utterly bogus claims of ‘anti-Semitism’. What happened between 2015 and 2019 was one long dirty tricks campaign that went by the name ‘anti-Semitism’.

The Left made strategic mistakes. When Corbyn presented a radical manifesto in 2017 against Theresa May, she of the ‘strong and stable’, it was met with enthusiasm. The turning point for me was a crowd of 8,000 in Leamington Spa of all places.  Nowhere more symbolizes Middle England than this county town. Yet in his moment of triumph Corbyn and those around him snatched defeat from victory. 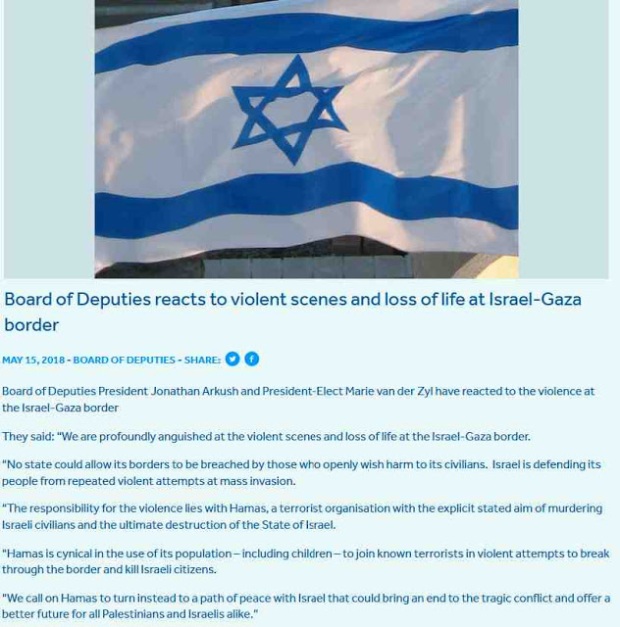 Corbyn should have immediately called for the head of Iain McNicol rather than allowing the slimeball to stagger on for more months. The anti-Semitism fusillade should have been well and truly buried. The Board of Deputies should have been called out for their support of Israeli snipers mowing down Palestinian children and unarmed protesters in Gaza. Instead Corbyn continued to appease the Right and betray his friends.

Neither Corbyn nor his friends and supporters understood the nature of the attack upon them. Corbyn himself reacted with pain to the accusations of anti-Semitism. He denied that he was personally an anti-Semite whilst condemning it as vigorously as he could. But the Zionist accusations of ‘anti-Semitism’ simply meant that he didn’t like Zionism and Israel. The proper reaction to such accusations should have been both to condemn anti-Semitism, such as exists in the Labour Party and to condemn the egregious racism of Israeli Apartheid that the Board of Deputies supports.

Instead Corbyn turned on his friends. In Labour’s Leaked Report there is a passage which read:

Well we were all expelled or forced out yet what was the result?  Was trust rebuilt? Of course not.  Their real goal was the removal of Corbyn not the removal of Jackie Walker or Tony Greenstein. We were just collateral damage.

That is why it was so absurd when Corbyn was suspended by Starmer that the Chair of Momentum, Andrew Scatterbrain attacked the suspension as ‘undermining the fight against anti-Semitism’.

Scatterbrain and Momentum failed to understand that there never was a fight against anti-Semitism. It was always a fight against the left. That is why today there are dozens of Jewish Labour Party members suspended or expelled/forced out of Labour. The anti-Semitism campaign was about making Labour a safe home for apologists for Israeli Apartheid.

All this should have been obvious since if the campaign against ‘anti-Semitism’ was at all sincere then the Zionists would not have tried to foist the IHRA misdefinition of anti-Semitism on the Labour Party.  A definition, 7 of whose 11 illustrations concern Israel not Jews.

Starmer’s Last Throw of the Dice?

The choice of Keir Starmer to be the Right’s standard bearer is no accident. His lack of anything approaching a personality is symptomatic of the whole of the Labour Right. They have nothing to say and no alternative to offer to Boris Johnson.

Starmer’s statement that he would take the blame for the election disaster lasted precisely one day before throwing the useless Angela Rayner under the bus! Since he is surrounded by a useless Shadow  Chancellor Anneliese Dodds and the equally useless Lisa Nandy as Foreign Secretary, he has a lot of bodies to bury. At present the Shadow Cabinet has all the impact of a wet paper bag.

Corbyn showed in 2017 that it was possible to halt the decline in Labour’s support in the Brexit heartlands of the North.  Unfortunately he was incapable of facing down the Right. Determined to appease his opponents Corbyn opposed the one hope of reigning them in, Open Selection. Having sealed his own fate Corbyn then went on to stab Chris Williamson in the back.

Perhaps most pathetic of all was Jennie Formby who saw it as a badge of pride that she had expelled so many people for ‘anti-Semitism’ under the fast track procedures compared to her predecessor. The only problem was that the more people she expelled the more she ‘proved’ that Labour did have an anti-Semitism problem.

Since nearly all of the people were expelled for what they said about Israel Corbyn and Formby did the Right’s job for them.

Starmer is unlikely to last long. The knives will be out for this dishonest knight without a trace of charisma. But whoever is put in his place will not find an answer to the leaching of support from the Red Wall seats unless they face up to and challenge Johnson’s neo-liberal politics and the austerity that will be come in the wake of COVID.

With the loss of the Red Wall in tandem with the loss of its 50 seats in Scotland, the Labour Party faces a dismal future. Just as Israel has no right to exist as a racist state, so the Labour Party has no right to exist as another conservative party.  In France and Italy social democratic parties have all but disappeared.  All over Europe social democracy is in retreat. There is no reason why Britain should be the exception.

[For a different take see, https://www.craigmurray.org.uk/archives/2021/05/the-left-must-take-back-labour/]