On hidden histories, climate communication, land struggles, and the problems with veganism

We try to include articles that have been published recently but will last, that are relatively light and inspiring, and are from corners of the web that don’t always get the light of day. This will also be a space to keep you up to date with news about what’s happening at Uneven Earth.

We’re back! After a much-needed summer break, we’re going to share all noteworthy articles we read during September and October. Themes this time include global land struggles, food justice (including spicy takes on veganism and lab-grown meat), effective communication for environmental justice, degrowth, and re-readings of history, to name a few. Enjoy.

A small note that the articles linked in this newsletter do not represent the views of Uneven Earth. When reading, please keep in mind that we don’t have capacity to do further research on the authors or publishers! 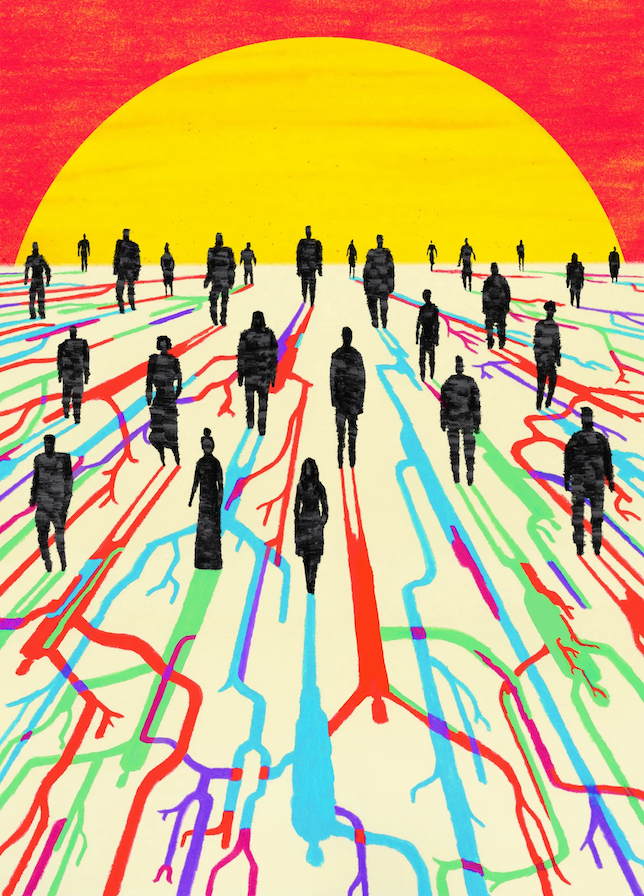 Labors of love. The work of Ivan Illich can provide an antidote to fears about automation.

‘We’re all fighting the giant’: Gig workers around the world are finally organizing

Agroecology is the solution to world hunger

Chile is at the dawn of a new political era

The industries causing the climate crisis and attacks against defenders

Indigenous people of Brazil fight for their future

Study: Indigenous resistance has staved off 25% of U.S. and Canada’s annual emissions. And Forest people offer the best hope of saving them

Black families passed their homes from one generation to the next. Now they may be lost.

‘We will be homeless’: Lahore farmers accuse ‘mafia’ of land grab for new city

Where we’re at: analysis

The climate crisis is a colonial crisis

After Covid, Sankara’s lessons on debt are as relevant as ever

Permian climate bomb. A six-part series that explores the ongoing oil, gas, and petrochemical boom in the Permian Basin and Gulf Coast.

Is nuclear power our best bet against climate change?

An energy transition at whose expense?

The unsung Caribbean roots of the vegan food movement

Lab-grown meat is supposed to be inevitable. The science tells a different story. And Giant meat and dairy companies are dominating the plant-based and cellular meat market

Can small-scale farming feed the world? A video essay.

Agribusiness and big finance’s dirty alliance is anything but “green”

How food became the perfect beachhead for gentrification

The power of food

Just think about it…

Forget your carbon footprint. Let’s talk about your climate shadow.

The advertising industry is fuelling climate disaster, and it’s getting away with it

Why your internet habits are not as clean as you think

Capitalism is making you lonely

Do we live in a selfish world? An experiment on video.

Too much free time isn’t actually bad for you

The dark side of wellness: the overlap between spiritual thinking and far-right conspiracies

The co-option of mutual aid. “The reality is that mutual aid has its roots in community resistance by Black and Indigenous people.”

The class contradictions of scholar activism

Why we need a new local language of climate change reporting

The seven deadly sins of politi-speak

Imagination, transformed. “As a movement who cares about climate justice and justice overall, we need to better leverage the power of culture because culture is what transforms the imagination—culture shows us what’s possible. And we can do that by including artists and culture makers in our organizing work.”

All Aboriginal art is political: you just need to learn how to read it

The ZAD: between utopian radicalism and negotiated pragmatism

Who is afraid of degrowth? A Global South economic perspective

GDP: A countdown to doom

Degrowth: why some economists think abandoning growth is the only way to save the planet – podcast

Tailor made degrowth: How a localised clothing economy can contribute to a degrowth future

Futures beyond GDP growth: a report

How shorter workweeks could save Earth

Enough for everyone. “It is possible to satisfy humanity’s universal needs fairly—and keep the world livable.”

Is it more sustainable to live off the land or in the city?

A city without cars is already here, and it’s idyllic. Slovenia’s capital Ljubljana has been car-free for over a decade. Is it time to export their model?

A billionaire wants to build a utopia in the US desert. Seems like this could go wrong

The real urban jungle: how ancient societies reimagined what cities could be

The grand crash. Some notes on housing markets in China, and what this tells us about wider economic realities.

Early civilizations had it all figured out. Additionally, check out a YouTube presentation of David Wengrow and David Graeber’s newly released The Dawn of Everything

Built on the bodies of slaves: how Africa was erased from the history of the modern world

How the Dutch are facing up to their colonial past

Why this gives me hope for the future. A video essay on the solarpunk movement. Also: Solarpunk is not about pretty aesthetics, it’s about the end of capitalism

The realism of our times: Kim Stanley Robinson on how science fiction works

‘Dune’ has a desert problem

Earthcare fieldcast. A new podcast about struggles for ecology and care.

Resources for working with climate emotions

A bullshit job title generator. David Graeber would love this.

Want to receive this as a newsletter in your inbox? Subscribe here.