The IRR warned this week of the dangers posed by a clause inserted quietly, a couple of weeks ago, into the Nationality and Borders Bill, which will allow some British citizens (mainly dual nationals) to lose their citizenship without being notified in a wide range of circumstances, which could put them at grave risk. As [IRR] vice-chair Frances Webber told the Guardian, ‘the message it sends is that certain citizens, despite being born and brought up in the UK and having no other home, remain migrants, so that their citizenship, and therefore all their rights, are precarious and contingent.

As those working in the migration and refugee sector know only too well, the problems with the Nationality and Borders Bill currently going through parliament, do not end there. Other provisions will allow for the trial of humanitarian rescuers in the UK, with defendants facing sentences of life imprisonment. As we go to press, the trial in Lesvos of the Irish student Seán Binder and Syrian refugee Sarah Mardini – just 2 of 24 humanitarian volunteers who face prosecution – has been adjourned. Read our twitter thread on the case.

And this week in IRR News we focus on miscarriages of justice not just in Europe, but also closer to home. A new book, Rot At the Core – co-authored by Winston Trew, whose arrest in 1972 gave rise to the Oval 4 campaign – provides a much-needed examination of the history of systematic racism and corruption in the British Transport Police. Rosie Wild reviews the book, and asks whether it really is, as the BTP chief said in her recent public apology, all in the past.

Finally, our Calendar of Racism and Resistance once again highlights illegal pushbacks at the EU’s frontiers – from Calais to the Belarus-Poland border. The British government has sent soldiers to Poland to help shore up the borders against the refugees, at the same time as agreeing ‘operational measures’ with France to ‘prevent 100% of Channel crossings’. Border securitisation leads to death, as our 2020 collaboration with French migrant group GISTI, Deadly Crossings demonstrated. In the past fortnight, at least three refugees have died in the freezing forests at the Belarus-Poland border, two have died trying to get to the UK from France, and another three are missing in the Channel. 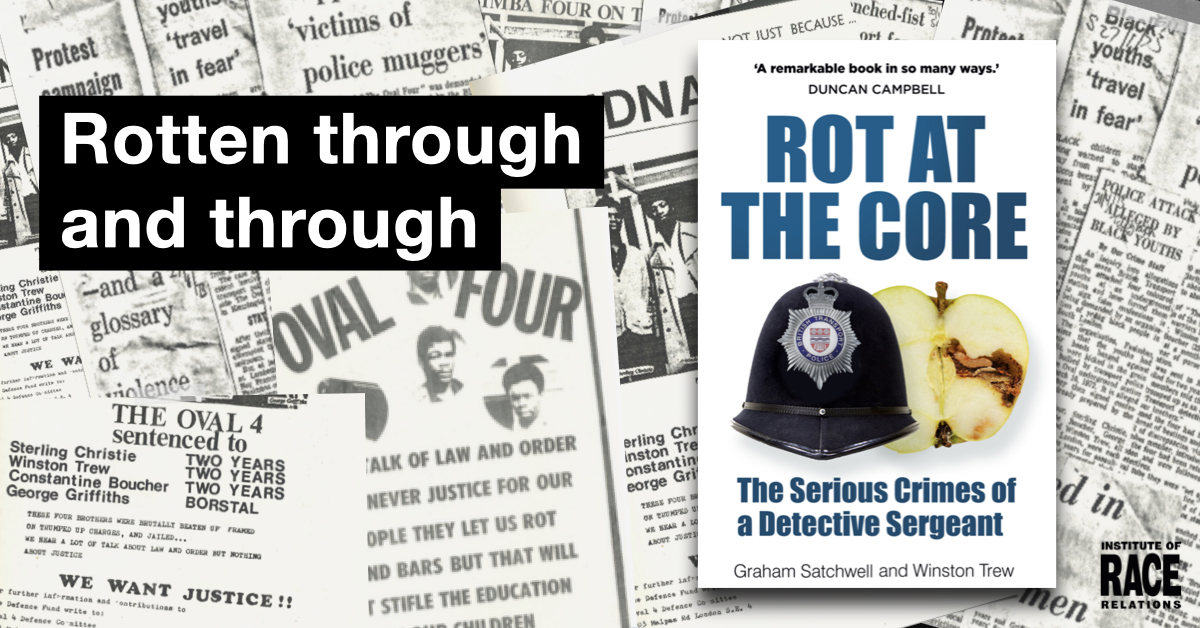 Is racism and corruption in the British Transport Police really a thing of the past? Rotten through and through

Rosie Wild reviews Winston Trew and Graham Satchwell’s Rot at the Core, and asks whether the history of systematic racism and corruption in the British Transport Police really is, as the BTP chief said in her public apology, all in the past. 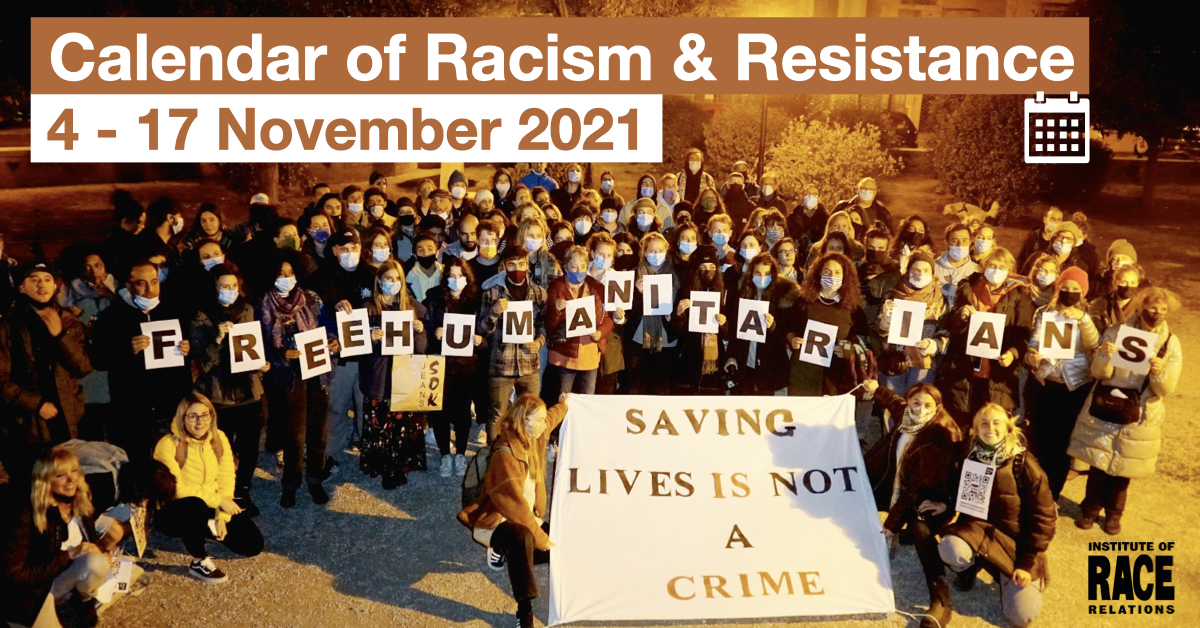 This week’s calendar again highlights illegal pushbacks at the EU’s frontiers – from Calais to the Belarus-Poland border. Meanwhile, humanitarians stand trial in Greece and the IRR warns of a dangerous clause in the Nationality & Borders bill.