Ahmad Jamal became a significant pianist in the early 1950s and he was still at the top in 2017 when he was 87.

Jamal’s “less-is-more” approach was a contrast to the dominant bebop style in his early days, his use of space and dynamics in his continuous close interaction with his sidemen remained a constant, and he continued to grow within his own individual style for decades.

On this intriguing and often-surprising version of “Autumn Leaves,” Jamal is joined by bassist James Cammack, drummer Herlin Riley, and percussionist Manolo Badrena

Facepalm Of The Week.
https://smoothiex12.blogspot.com/2023/02/facepalm-of-week.html

The US Empire is Starting to Fall Apart
https://dissidentvoice.org/2023/02/the-us-empire-is-starting-to-fall-apart/

END_OF_DOCUMENT_TOKEN_TO_BE_REPLACED

[I wrote this in December 2019, and, I feel it to be still relevant today within the context of the recently published 2-part BBC Documentary on PM Modi, as well as the nearly 65% loss in Market Value of Adani Enterprises after the publication of the Hindenberg Research Report; that shorted their shares.

The federated Indian Republic is a vast, diverse and complex nation and I hope that readers outside the territory of the Sovereign Socialist Secular Democratic Republic of India, (i.e, the actual official designation of India as defined in her Constitution) would see these images, the history and stories of a part of India that is hardly known by most people, (even within India itself) – Supratim Barman]

END_OF_DOCUMENT_TOKEN_TO_BE_REPLACED

Why negotiate a diplomatic settlement and adhere to the Minsk agreement when there is so much money in war?

During a recent interview with German magazine Der Spiegel, former Chancellor and European political heavyweight Angela Merkel revealed that the Minsk accords, a comprehensive 2015 diplomatic treaty, agreed by the EU, United States, Russia, and Kyiv to end the civil war in eastern Ukraine, was essentially subverted by the Ukrainians in an attempt to buy time to expand its military capabilities.

END_OF_DOCUMENT_TOKEN_TO_BE_REPLACED

In 1964 Richard Hofstadter wrote about The Paranoid Style in American Politics:

Events since 1939 have given the contemporary right-wing paranoid a vast theatre for his imagination, full of rich and proliferating detail, replete with realistic cues and undeniable proofs of the validity of his suspicions. The theatre of action is now the entire world, and he can draw not only on the events of World War II, but also on those of the Korean War and the Cold War. Any historian of warfare knows it is in good part a comedy of errors and a museum of incompetence; but if for every error and every act of incompetence one can substitute an act of treason, many points of fascinating interpretation are open to the paranoid imagination. In the end, the real mystery, for one who reads the primary works of paranoid scholarship, is not how the United States has been brought to its present dangerous position but how it has managed to survive at all.

END_OF_DOCUMENT_TOKEN_TO_BE_REPLACED

Being labeled a Russian propagandist all day every day for criticizing US foreign policy is really weird, but one advantage it comes with is a useful perspective on what people have really been talking about all these years when they warn of the dangers of “Russian propaganda”.

END_OF_DOCUMENT_TOKEN_TO_BE_REPLACED

I spoke at this meeting on Saturday and gave a broader overview than usual of the Assange case and its importance. I think it comes over fairly cogently, even though I was actually feeling pretty dizzy and faint.

Jonathan Cook is, as ever, particularly worth listening to closely, and it was great to catch up with Jeremy Corbyn again.

At the end of the event I was particularly honoured to receive from Jeremy the Gavin Macfadyen Prize for supporting whistleblowers, not for myself but on behalf of Julian Assange, and I say a few more words on that subject.

The Swiss paper Neue Zürcher Zeitung published a piece today (in German) which claimed that CIA boss William Burns had offered 20% of Ukraine to Russia in exchange for peace in Ukraine.

END_OF_DOCUMENT_TOKEN_TO_BE_REPLACED

The Grayzone’s Max Blumenthal and Aaron Mate discuss a recent special by the UK’s Channel 4 showing British hosts of Ukrainian refugees complaining about their new guests’ fear and loathing of their Black and Muslim neighbors.

Have Moscow And Budapest…
https://smoothiex12.blogspot.com/2023/02/have-moscow-and-budapest.html

END_OF_DOCUMENT_TOKEN_TO_BE_REPLACED

A drone exploding over a Defense Ministry workshop in the central Iranian city of Isfahan, on January 29, 2023

The Wall Street Journal reported from Tehran on Wednesday that “a lethal crackdown and an ailing economy have quieted anti-government street demonstrations … organised protests have largely tapered off.” The paradox is, this interpretation is widely applicable in the contemporary world situation, including many G7 countries. How can one pretend there are no “protestor grievances” in Britain or France today, and, yet, how come they are mute?

END_OF_DOCUMENT_TOKEN_TO_BE_REPLACED

Sperm counts are declining worldwide — and at a rate more than double that since the turn of the century — according to one of the world’s leading environmental and reproductive epidemiologists, who says endocrine-disrupting chemicals are likely to blame. 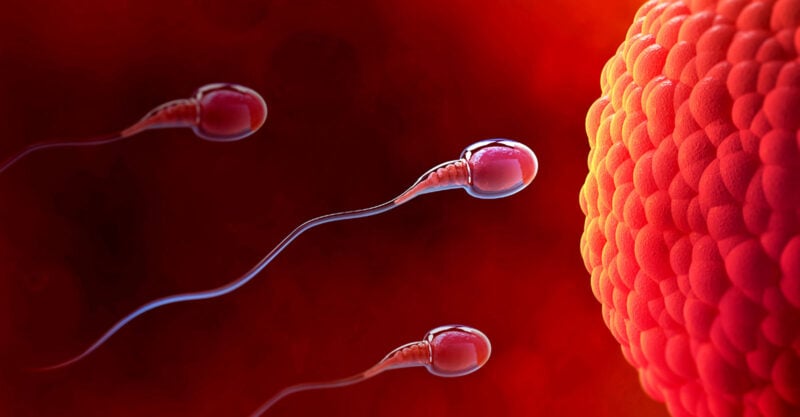 Sperm counts are declining worldwide — and at a rate more than double that since the turn of the century — according to Shanna Swan, Ph.D., author of “Count Down: How Our Modern World Is Threatening Sperm Counts, Altering Male and Female Reproductive Development, and Imperiling the Future of the Human Race.”

END_OF_DOCUMENT_TOKEN_TO_BE_REPLACED

Also available as a PDF

Welcome to our latest bulletin, featuring:

We’re so grateful for your continued support of the Free Assange movement. Across the country, the calls to free Assange are getting louder, and people are listening. The fight continues!

END_OF_DOCUMENT_TOKEN_TO_BE_REPLACED

The war in Ukraine is not just about Ukraine and Russia with the U.S. and NATO acting as seemingly benevolent supporters of Ukraine, as the Western media portray.

END_OF_DOCUMENT_TOKEN_TO_BE_REPLACED

Press photo from the Swedish Prosecution Authority. Fair use for news and commentary purposes.

END_OF_DOCUMENT_TOKEN_TO_BE_REPLACED

A survivor of the German-led European genocide during World War II resigned from the British Labour Party following a threat of expulsion because he was to speak at an online Holocaust memorial event organized by a left-wing group.

END_OF_DOCUMENT_TOKEN_TO_BE_REPLACED

Proponents of smart meters say the devices promote energy conservation by providing detailed feedback to consumers about their habits, but critics say the technology can be harmful to health and it poses real privacy concerns.

Smart meters — or “advanced metering infrastructure (AMI) installations” — are wireless devices that use radiofrequency (RF) radiation to transmit information about how much water, gas and electricity consumers use to utility companies.

END_OF_DOCUMENT_TOKEN_TO_BE_REPLACED

What A Load Of Contrived BS.
https://smoothiex12.blogspot.com/2023/02/what-load-of-contrived-bs.html

The New York Times Just Admitted That The West’s Anti-Russian Sanctions Are A Failure
https://orientalreview.org/2023/02/02/the-new-york-times-just-admitted-that-the-wests-anti-russian-sanctions-are-a-failure/