Catastrophic developments are unlikely but radical incremental changes will be frequent and have cumulative consequences.

To understand these important trends, it is important to analyze and discuss the major national actors in this panorama – starting with the United States.

Trends in the US

The present and near future of the US is and is not about the Trump Presidency and its domestic opposition.

The struggles between the Congress and the President have not produced major changes in the global position of the United States.  The US continues to impose sanctions on Russia, Iran and Venezuela.  Its trade with China grows.  The military exercises and threats against North Korea raise the specter of nuclear war.  In other words, incremental and inconsequential activity accompany the fiery rhetoric. Corporate economic policies benefit from the state’s largesse, but are divorced from everyday politics. What is most significant, ‘markets’ have fragmented or disconnected: Stocks rise, but productivity stagnates. Corporate debt skyrockets, but high tech profits boom. Exports and imports move in opposite directions. Jobs increase and wages decrease.

There are one, two, many markets, each operating on similar principles, all deepening the concentration of wealth and the interlock of corporate directorates.

Just as there are several markets, there are multiple centers of political leadership. Specifically, the US is a multi-polar ‘Presidency’. For all the talk about ‘Trump’, policy and strategy are defined, promoted and opposed in many centers of decision making. In general terms, the intelligence, military, media, financial, legislative, trade and international policy elites are mired in rivalries as well as temporary alliances, making strange bed-fellows. Moreover, new international power configurations have entered and appropriated positions of power.

Who rules America?  This question should be rephrased to take into account the plurality of authoritarian self-serving elites totally divorced from the majority of the manipulated public.

Nominal ‘President’ Trump shifts foreign policy decisions according to the interests of multiple domestic and overseas power centers. Trump argues against and is opposed to multilateral trade agreements while favoring unilateral, US-centered pacts. Despite his rhetoric, nothing of the sort has emerged. Trade with Asia, Europe and Latin America has increased. China, Japan, India, Germany, Korea, Canada and Mexico remain centers for US exports and imports. Bankers, multinational corporations, Silicon Valley billionaires continue to over-ride Trump’s stated agenda.

Trump argued for reconciliation with Russia and was threatened with impeachment. The Congress, the intelligence agencies, the legislature and NATO contradict, reverse and redirect the US both toward and away from nuclear confrontations. 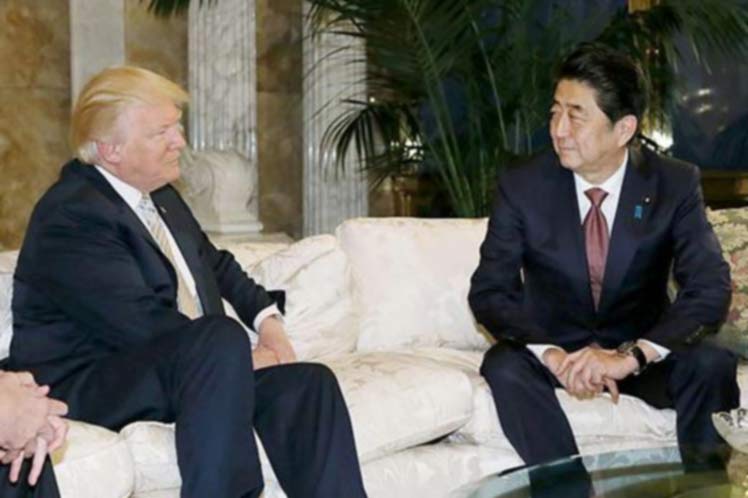 Instead, the Pentagon, the media, the neo-cons and the Japanese militarist elite dictate nuclear confrontation with North Korea and threats against China. (Japan’s Prime Minister Abe is the grandson of the ‘Butcher of Manchuria’ Kishi Nobusuke.) The business, financial and Silicon Valley elite challenge the ‘America First’ ideologues, the Pentagon and local US manufacturers over China.  Meanwhile thousands of container ships carry raw materials and merchandise between China and the US, their captains waving to the handful of US warships patrolling a few piles of rocks in the South China Seas.

Trump flourishes his threats against the European Union and the World Trade Organization and then hops on his jet to Davos to socialize with the German, French, British and American ‘Free-Traders’.

The big decisions are the non-decisions. The continuities of policies and the elites, at best simply deepening the prior policies that promote financial markets, depress wages and multiply local wars and military confrontations. The decisive decisions of 2018 are those which are not made by Trump, but by his allies and adversaries at home and abroad.

A close-up of the marginal decision-making, bypassing Washington would include: the North-South Korea conciliation; Russia-China agreement over US sanctions; Israel ’s overt power grab against the Palestinians; Iran’s challenge to the Kingdom of Saudi Arabia; and the Pakistan-Taliban ‘covert’ alliance.

Washington ’s marginalization is evident in the economic spheres. The US stock market booms but productivity declines; profits surge but worker life expectancy drops; immense concentration of wealth parallels a rise in maternal and infant mortality; American youth have the highest chance of dying before adulthood among all industrialized countries. Mortality has replaced mobility.

Washington is the center of intense warfare over inconsequential issues.

Beyond US marginalization, new regional power centers have emerged and successfully annihilated or neutralized US clients. Turkey is a striking example. Ankara has attacked and undermined the Pentagon’s plans for an armed Kurdish client force controlling Northern Syria. Iraq has over-run the US-Israeli backed Kurdish militias under the Barzani warlords in Kirkuk. The Taliban are moving from the Afghan countryside and mountains and staging almost daily uprisings in the urban centers and capital Kabul. The Venezuelan government has effectively defeated the US-backed uprisings in Caracas and other cities. The US puppet regime in Kiev has failed to conquer the ethnic Russian separatist enclaves in the Donbass region where a de facto government operates with Russian support.

Let us recognize that marginality, retreats and defeats do not spell the ‘end of Empire’; but let us also admit that the competing sectors of the US economy (stocks, bonds, technology and profits) are in a dynamic phase, even if they are heading for a major correction. The probable reason is because the economy operates independent of the political system, the turmoil in Washington and the US marginality abroad. 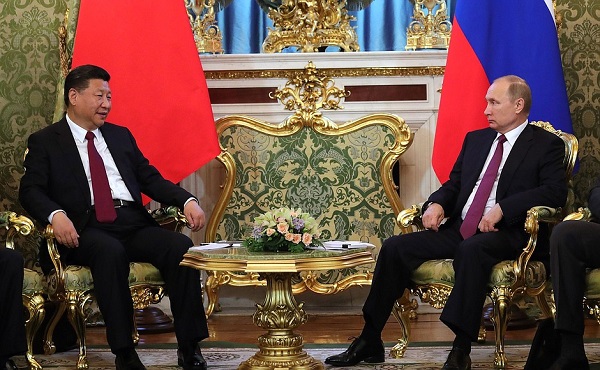 The mass media-propagates domestic partisan conflicts thru scandal-mongering. Its vision of an impending collapse and demise of Putin’s Russia and Xi’s China have not a whisper of influence on the real dynamics of global market forces. China grows by 7% and all the major US-EU economic players from Airbus to Amazon, fight to join Beijing’s multi-polar markets. Markets ignore, if not flourish with, government shutdowns. Markets ignore the latest eruptions from the Pentagon, ‘The New Military Strategy’ against China and Russia. South Korean businesses embrace US markets while seeking to secure access to North Korea’s skilled labor force.

Washington’s decisions to deny the reality that the future requires increasing productivity via a skilled, healthy and well-paid domestic labor force dooms the US to a downward spiral of political marginality, military futility and robust bombast. The media, the pundits and political elite ignore the fragmentation of US power and the separation of military and market forces – each going its own way. Class inequalities and rising working class mortality rates may encourage immigration but it also undermines the foundation of American influence. A ruling class rules by linking a unified state to a dynamic market, producers to the consumers, importers to exporters and increasing wealth to rising wages.

Trump and anti-Trump antics are irrelevant at best and a destructive sideshow at worst. The foundations of the US state and its markets are substantial but crumbling. What is important is not the status quo, but its direction and structures.

Prolonged wars at the margins of state power or Secretary of Defense Mattis’ threats of global conflicts with world powers, like Russia and China, to ‘protect the US standard of living’ will inevitably and inexorably lead to deeper fissure between the US economy and the militarist state. US political institutions, President or Congress, utterly fail to come to terms with the real economic dynamics of the existing world market.

They still confuse rising stock prices and profits with the long-term factors of growth and stability. Let’s think about ‘death on the installment plan!’