Following the death of a 4 year old child in Gaza, at the hands of Israeli snipers, not one mainstream corporate media organization bothered to go and interview the family and find out what happened, in fact, most didn’t cover the story at all.

Linked below is an exclusive interview, from the Gaza Strip, with the family of the four year old victim of Israeli sniper fire.

On the 11th of December 2018, a 4 year old child named Ahmed Abu Abed, died in hospital in Khan Yunis (Southern Gaza). The four year old child was shot in his fathers arms, during that Friday’s demonstrations against Israel, inflicting shrapnel wounds to his eye and his fathers hand.

Wafa Al-Udaini, a Gaza based journalist, took the initiative to visit the family of Ahmed Abu Abed and interview them on their loss.

The original plan was to conduct a live stream interview, whereby Wafa Al-Udaini and Robert Inlakesh would interview the family together. However, due to technical difficulties this became impossible.

The interview below is an exclusive and something that you will not see anywhere else in English. 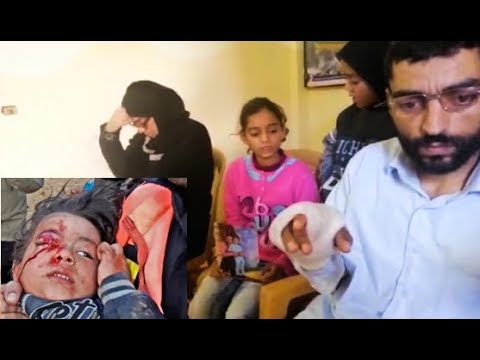 One thought on “EXCLUSIVE: 4 Year Old Killed By Israel | Interview With Family”