At a Sydney “Politics in the Pub” meeting on Thursday night, award-winning Australian journalist Mark Davis revealed new first-hand information exposing the extent of the betrayal of Julian Assange by the Guardian and the New York Times, and refuting the lies both publications have used to smear the WikiLeaks founder.

Davis recounted his experiences documenting Assange’s life in the first half of 2010 for programs screened on the Australia’s Special Broadcasting Service (SBS). Using excerpts from the documentary “Inside WikiLeaks,” the journalist explained that he was present when WikiLeaks worked closely with media partners, including the Guardian and the New York Times, in the publication of the Afghan War logs.

The documents, leaked by the courageous whistleblower Chelsea Manning, comprised 90,000 incident and intelligence reports from the US military, between January 2004 and December 2009. They documented at least 200 civilian deaths at the hands of US and allied forces that had previously been hidden from the public, along with clear evidence of war crimes, including the existence of a secret “black unit” within the US military, tasked with carrying out illegal assassinations. 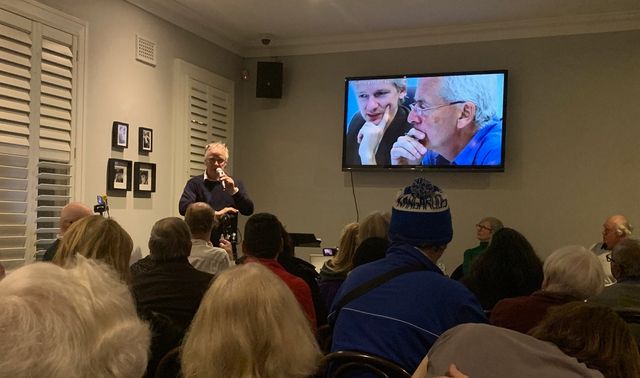 Mark Davis addressing Politics in the Pub meeting in Sydney

Davis said the assertions by Guardian journalists that Assange exhibited a callous attitude towards US informants and others who may have been harmed by the publication of the document were “lies.”

David Leigh and Nick Davies, senior Guardian journalists, who worked closely with Assange in the publication of the logs, have repeatedly claimed that Assange was indifferent to the consequences of the publication.

Their statements have played a key role in the attempts by the corporate media to smear Assange, and dovetail with US government claims that the 2010 publications “aided the enemy.” In reality, the US and Australian militaries have been compelled to admit that release of the Afghan war logs did not result in a single individual coming to physical harm.

Davis explained that he was present in “the bunker,” a room established by the Guardian to prepare the publication of the documents. “Nick Davies made the most recurring, repetitive statement that Julian had a cavalier attitude to life. It’s a complete lie. If there was any cavalier attitude, it was the Guardian journalists. They had disdain for the impact of this material.”

The Guardian journalists, Davis added, had frequently engaged in “gallows humour,” but that Assange had not.

Significantly, Davis explained that despite the vast technical resources of the Guardian and the New York Times (NYT), it was left to Assange to personally redact the names of informants and other individuals from the war logs, less than three days before scheduled publication. Davis said Assange was compelled to work through an entire night, during which he removed some 10,000 names from the documents.

“Julian wanted to take the names out,” Davis said. “He asked for the releases to be delayed.” The request was rejected by the Guardian, “so Julian was left with the task of cleansing the documents. Julian removed 10,000 names by himself, not the Guardian.” 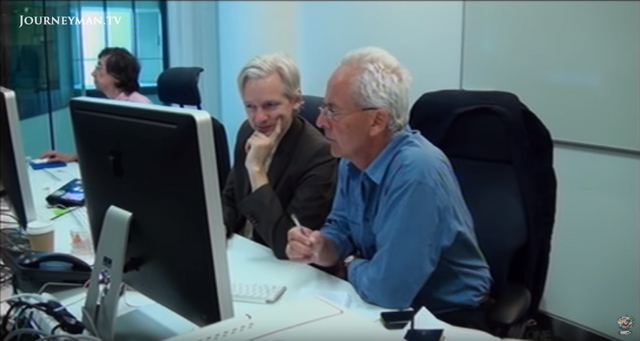 Assange in the Guardian “bunker” alongside Nick Davies [Credit: Journeyman Pictures, “Inside WikiLeaks”]

Davis refuted the attempts by the Guardian and the Times to downplay their central role in the publication of the leaks. He stated that the relationship between the corporate reporters and Assange was not that between journalists and their source. Rather, both outlets were intimately involved in preparing the publication of the documents.