At a time when the Metropolitan police has had to concede more oversight of pre-arrest handcuffing, we publish the first ever investigation of the new Violence Suppression Units (VSUs), introduced without fanfare at the start of the pandemic in London. In the past, criticism has been levelled at the use of similar specialist squads like the SPG and the TSG in multicultural working-class neighbourhoods. Now, Jessica Pandian questions whether the introduction of VSUs heralds the Americanisation of gang policing, pointing out that suspicion of gang affiliation could be used more systematically, as it is in the US, to justify deportation decisions.

With new campaign group Families for Justice highlighting the separation of Black British families caught up in the criminal justice system, the article could not be timelier. As we document in the second of two calendars of racism and resistance that we publish this week, the home secretary, supported by the tabloid press, has vowed to bring a ‘regular drumbeat’ of deportations to Jamaica, possibly by reducing the threshold jail term needed to deport ‘foreign criminals’.

In other news on policing, we are sad to note three deaths in or following police custody in the past three weeks. In Cardiff, 24-year-old Mohamud Mohammed Hassan died hours after being released from police custody, in Dublin, 27-year-old George Nkencho, who had mental health problems, was shot dead by an armed intervention unit in the garden of his home and in Belgium, 23-year old Ibrahima Barrie died about an hour after he was arrested by the police. Black Lives Matter protests have been organised in response to all three deaths.

So shortly after the French government’s assault on the Collective Against Islamophobia in France, we are also sad to note the deregistration of the anti-racist charity KISA in Cyprus, in a decision condemned by the Observatory for the Protection of Human Rights Defenders. 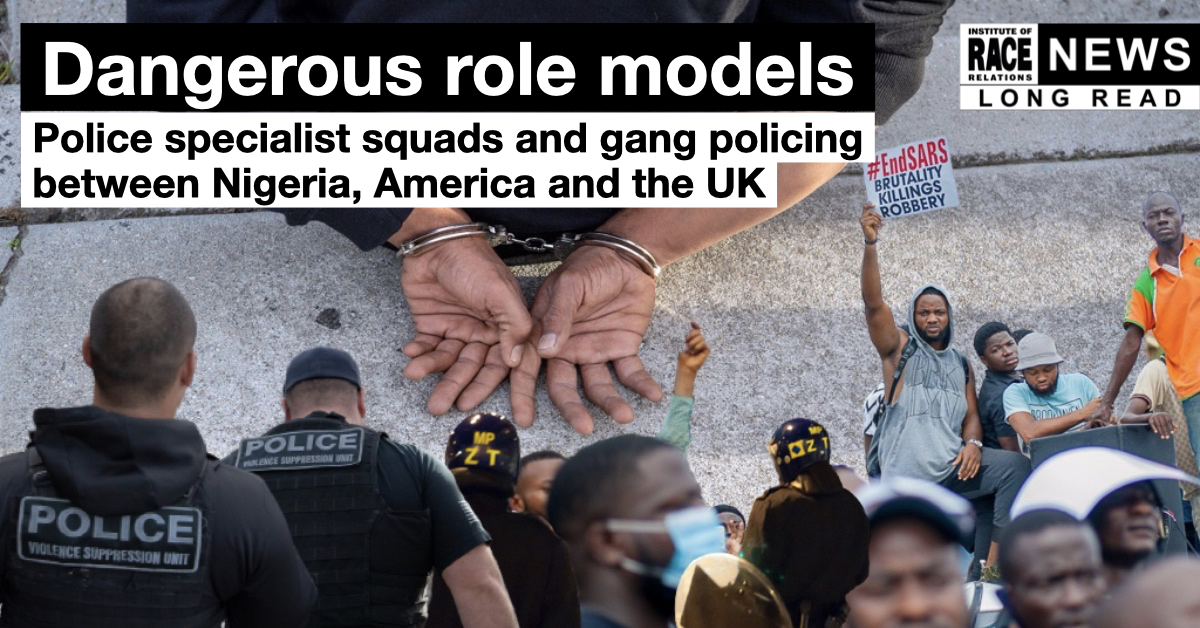 In the first analysis of the modus operandi of the Met police’s Violence Suppression Units (VSUs), IRR policing researcher Jessica Pandian asks whether we are entering a new era of global policing with similarities between specialist squads in the UK and other parts of the world.

Following our Winter break, we have two calendars from the end of December and the first two weeks of January. 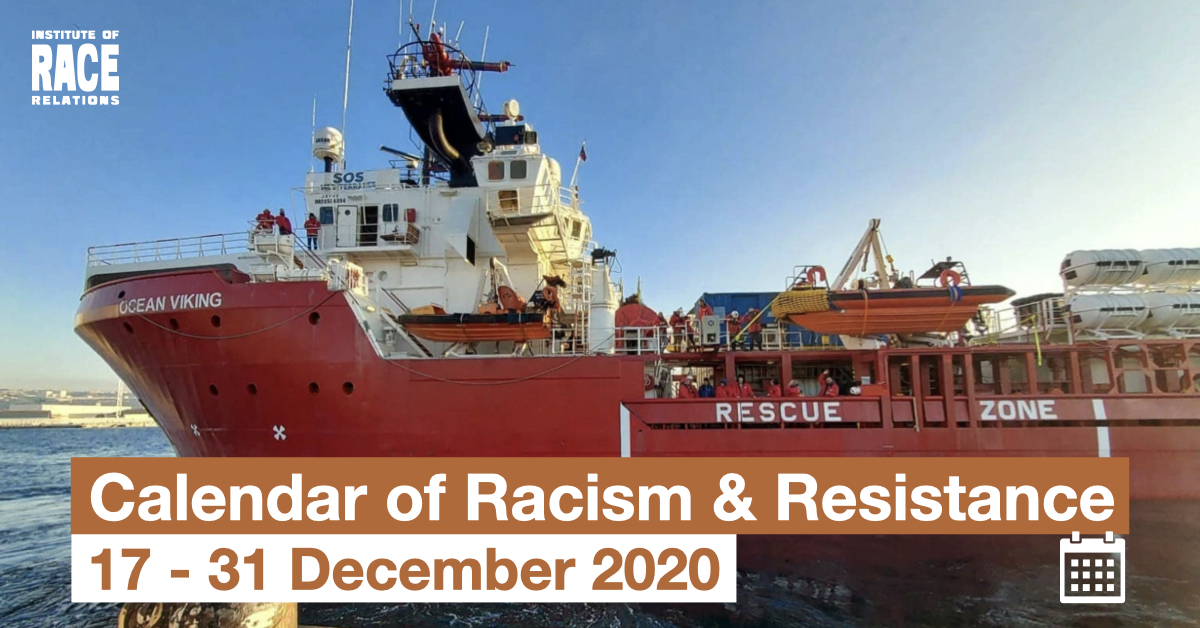 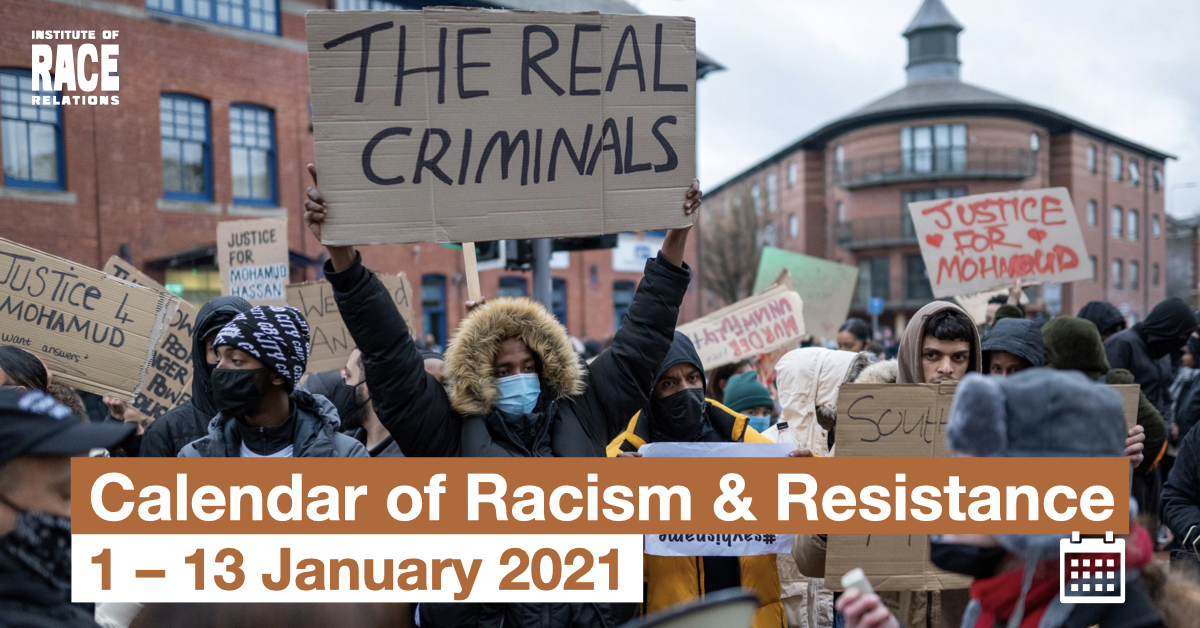