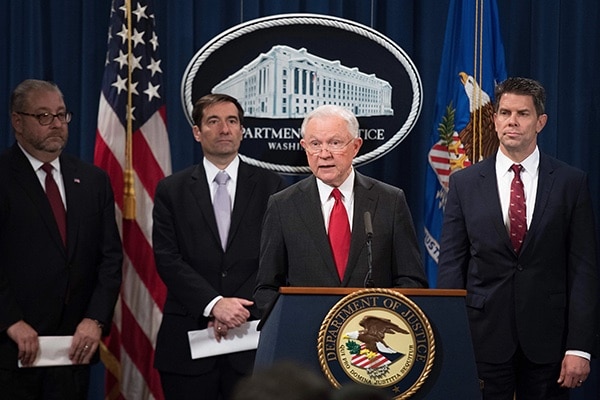 The Justice Department’s China Initiative Was Established by the Trump Administration to Crackdown on Chinese Economic and Scientific Espionage.

However, its primary targets have been academics prosecuted for failing to properly disclose their connection to Chinese universities on grant forms and it has led to numerous miscarriages of justice. 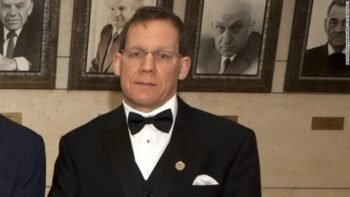 On the Tuesday before Christmas, Dr. Charles Lieber, the former chair of Harvard’s Chemistry and Chemical Biology Department, was convicted by a federal jury of lying to the U.S. about his involvement with China’s government and failing to disclose income from China on his tax returns. He faces up to five years in federal prison and hundreds of thousands of dollars in fines.Lieber had been prosecuted as part of the Justice Department’s China Initiative, which was established in 2018 to crackdown on Chinese economic and scientific espionage.

An investigation by MIT Technology Review found that instead of focusing on economic espionage and national security, the China Initiative appeared to be an umbrella term for cases with almost any connection to China, whether they involve state-sponsored hackers, smugglers, or, increasingly, academics accused of failing to disclose all ties to China on grant-related forms. 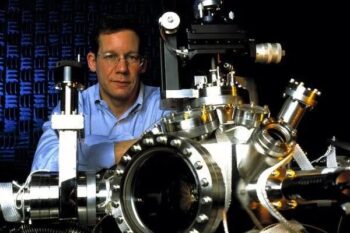 Lieber had worked with a former student of his at the Wuhan University of Technology (WUT) in 2011/2 to set up a WUT-Harvard Joint Nano Key Laboratory, and to train young scientists in the nanotechnology that he pioneered. The initiative was part of a Chinese recruitment drive called the “Thousand Talents Program.”

Recipient of the prestigious Wolf Prize in chemistry in 2012 and Welch award in 2019, Lieber was considered a Nobel Prize candidate for his work in inventing electronics so small and flexible, they could be injected into the retina or the brain, promising breakthroughs in restoring sight to the blind, and movement to the paralyzed.1

Brian Timko, who worked under Dr. Lieber as a graduate student and now heads his own laboratory at Tufts University, said he believed China Initiative had strayed from its original focus on espionage toward disclosure violations that, a few years ago, “would have been handled at the university level.”

“I think these cases are about scaring the scientific community,” he said. Dr. Timko, who attended stretches of the weeklong trial, said he was troubled by the way Dr. Lieber’s work had been “twisted” by prosecutors. “Charlie spent his whole career trying to help the world, and a handful of individuals who don’t even understand how science works tore the whole thing down,” he said. “And that is just not fair.” 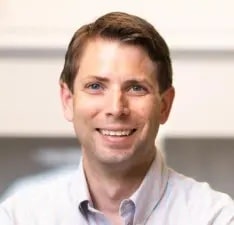 Parallels to the McCarthy Era

Lieber was arrested on January 28, 2020, at his Harvard office and interrogated by the FBI at the Harvard police station.

According to prosecutors, Lieber earlier denied to investigators from the Pentagon’s Criminal Investigative Service that he was ever asked to participate in the Thousand Talents program.

The latter offered him a monthly salary of up to $50,000, about $158,000 per year in personal and living expenses, and more than $1.5 million in funding for a joint laboratory between Harvard and the WUT.

When the FBI showed Lieber documents he had signed at the Harvard police station, he acknowledged that he had misled investigators—out of fear of being arrested—and offered details about his financial arrangements with the WUT. 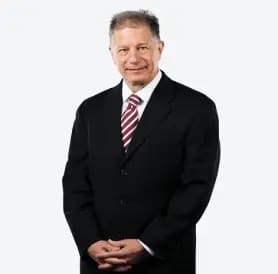 Washington, D.C. lawyer Peter Zeidenberg, who has defended some of the accused in the FBI’s China Initiative told The New York Times that “The reason people like Lieber lie is because they are afraid.It’s really sad. They are afraid to answer truthfully, ‘Are you a member of the talent program?’ I’m sure during the Red Scare, people said they were not a member of the Communist Party.”In an exclusive interview with CAM, Zeidenberg stated further that Lieber had not “stolen anything” and had “even told the truth to FBI agents, though not National Institute of Health (NIH)2 investigators.” While one should fill out accurate income tax reports and tell the truth to government agents, “the bottom line is that Lieber was a leading scientist in the world in nano-technology who made advances in science that was of benefit to the United States and world. Now he is not doing that anymore. They made a criminal out of him for something trivial and we are all the worse because of it.”

According to Zeidenberg, the China initiative, was “designed to prevent and discourage and deter theft of intellectual property,” but “morphed quickly into a gotcha campaign” targeting people who “failed to disclose their affiliation with China.”

The initiative in his view is “badly misguided and counterproductive and doing a great deal of harm to the scientific community,” which “has been terrorized and made to fear collaboration with anyone from China.”

Zeidenberg noted that all the scientists that he represented benefited greatly from the collaboration between U.S. and Chinese colleagues. 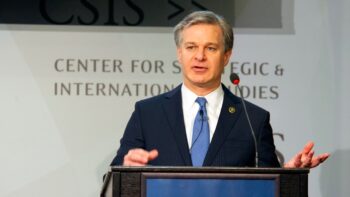 Charles Wray speaking at a China Initiative conference in February 2020 at the Center for Strategic and International Studies in Washington, D.C. [Source: fbi.gov]

The scientists are “not divulging trade secrets or proprietary intellectual information” but rather “exchanging information and knowledge that results in publications in scientific journals that are publicly accessible. Thus, the China Initiative has no benefit. It is preventing effective collaboration and causing scientists to lose their jobs, and others to go back to China [amidst a climate of fear].”

In June 2020, FBI Director Christopher Wray, said that there were more than 2,000 active investigations being carried out under the China Initiative, which has continued under the Biden administration.

Many cases have little or no obvious connection to national security or the theft of trade secrets. Nearly 90% of the defendants charged are of Chinese heritage. 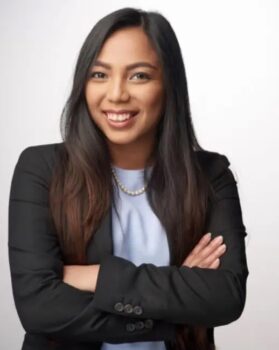 Gisela Kusakawa, a staff attorney at an Asian American advocacy group, stated that. “Essentially, national security issues are being used as a pretext to target our community. This is resulting in a brain drain from and distrust towards the United States.”

Peter Zeidenberg noted that “the zeal to prosecute violators under the China Initiative [like in the anticommunist witch-hunts of the McCarthy era] has led the FBI to neglect using its normal filters” and to “ignore all red flags. The FBI plunges ahead without doing careful questioning or proper investigative work.”

The FBI, however, failed to consult with scientific experts before taking the case to the Grand Jury. The engineer who invented the pocket heater testified that Xi had not shared any information about pocket heaters—the FBI had the wrong technology.

Though his case was dismissed, Xi—who has published over 300 research papers and holds three patents—said that he barely came out of the nightmare alive. 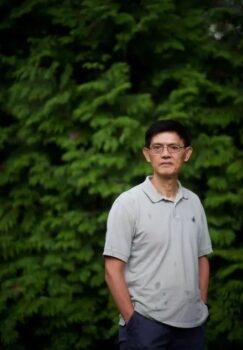 His reputation was tarnished and his two daughters were traumatized after their home was ransacked in the pre-dawn hours by FBI agents and their father was taken away in handcuffs.

Professor Anmung Hu, a Physics professor at the University of Tennessee at Knoxville, was another man falsely accused under the China Initiative who had his life turned upside down.

A Canadian citizen with two Ph.D’s, Hu was accused of having hidden his connection to Beijing University of Technology while being funded for a nanotechnology project by the U.S. National Aeronautics and Space Administration (NASA).

During the ordeal, Hu was tailed by the FBI and lost his job. 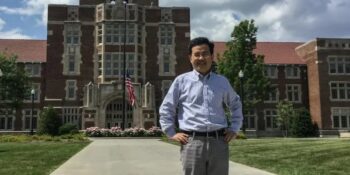 Anming Hu outside the University of Tennessee at Knoxville. [Source: theintercept.com]

FBI agent Kujitim Sadiku admitted that he relied on Google Translate to translate the Chinese articles that had first triggered the investigation, and that he “wasn’t familiar with NASA grants” or with the “granting process of government agencies, of university conflict of interest policies, nor was he familiar with the ways universities engage with government agencies for purposes of sponsorship proposals,”wrote Varlan in a stinging footnote to his opinion.

At one point in the investigation, Sadiku—who falsely claimed that Hu worked for the Chinese military—tried to convince Hu to spy for the FBI which he refused to do.

Juror Wendy Chandler told a reporter with The Intercept that Hu’s case “was the most ridiculous case. If this is who is protecting America, we’ve got problems.” 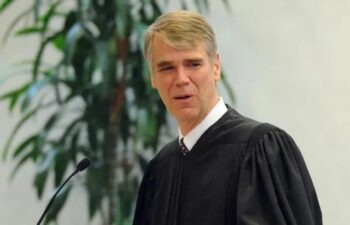 Chandler stated that she had “kept looking for the big reveal, and there wasn’t one. All I saw was a series of plausible errors, a lack of support from UT [University of Tennessee], and ruthless ambition on behalf of the FBI.” On Sadiku, she added: “I don’t think there could have been a worse witness than him.”

Reliance on False Information From an Informant

Feng “Franklin” Tao is a tenured professor at the University of Kansas charged two years ago with defrauding the federal government by concealing that he was a full-time professor at China’s Fuzhou University and received money from a Chinese government talent recruitment program while simultaneously receiving U.S. grant funds.

Peter Zeidenberg, who is representing Tao, has filed a motion, quoted in the Washington Post, alleging that FBI agent Stephen Lampe knowingly used false information from an informant to obtain warrants to search Tao’s emails, computers, home and office.

The motion says Lampe deliberately withheld information that would undercut the informant’s credibility and the reliability of the evidence.

Zeidenberg refused to speak to CAM about the case because it is pending, but according to his motion, the informant is a Chinese researcher who sought to frame Tao as a Chinese “tech spy” in retaliation for what she saw as a snub by Tao— not giving her sufficient credit for her contributions to a scientific paper, for which she felt she was owed $310,000.

The informant created three fictitious email addresses to submit the complaints, and occasionally slipped up, for instance signing an email purporting to be from one researcher with the name of another.

The informant also sent an email from a fake email address but signed it with her real name.

Though the FBI knew about her subterfuge, Zeidenberg wrote in the motion, Lampe did not inform the court when applying for the warrant. The researcher, identified in Tao’s motion only as a “former international visiting scholar” and as a “government informant,” had admitted to the FBI that she impersonated others.

Towe’s case exemplifies overzealous prosecution and shoddy police methods in the China Initiative, which are being driven by what Zeidenberg characterized as a “huge amount of anti-China fear.”

The Biden administration campaigned on a pledge to help advance a more tolerant society; however, his continuation of Trump’s anti-China rhetoric and preservation of the China Initiative is resulting in some of the worst abuses of domestic liberties since the McCarthy era.

Lieber’s research group at Harvard had received $15 million in research grants from the NIH and Department of Defense, and was hence under obligation to report his arrangement with WUT to them.

Jeremy Kuzmarov (https://jeremykuzmarov.com) is Managing Editor of CovertAction Magazine and author of The Russians Are Coming, Again, with John Marciano (Monthly Review Press, 2018).