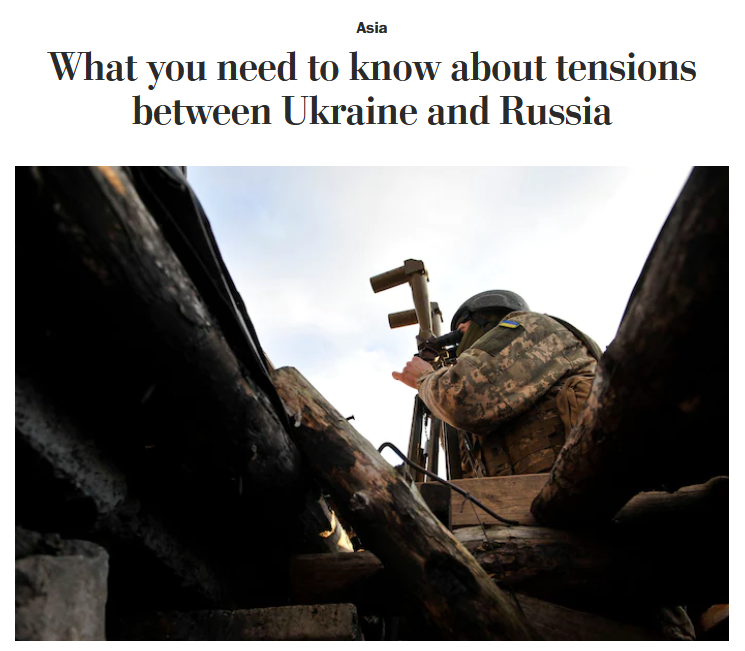 The Washington Post (11/26/21) placed an article on “tensions between Ukraine and Russia” under the heading “Asia.” As the Post (4/7/14) has noted, “The less Americans know about Ukraine’s location, the more they want US to intervene.”

END_OF_DOCUMENT_TOKEN_TO_BE_REPLACED

The British government on Saturday accused Russia of organizing a plot to install a pro-Moscow government in Ukraine, as the Kremlin masses troops and materiel near the Ukrainian border in what Western officials fear is an impending military assault on the neighboring nation.

END_OF_DOCUMENT_TOKEN_TO_BE_REPLACED

Who Are We Arming and Supporting in Ukraine?
https://dissidentvoice.org/2022/01/who-are-we-arming-and-supporting-in-ukraine/