It seems we may have reached the moment when it is time to say goodbye. It has been fun, educational and sometimes cathartic – for me at least. I hope you got something from our time together too.

I am not going anywhere, of course. Not for now at least. I love to write. For as long as I feasibly can, I will continue to rail against injustice, call out corporate power and its abuses, and demand a fairer and more open society.

END_OF_DOCUMENT_TOKEN_TO_BE_REPLACED

The fatal mistake committed by Brussels in 2014 was to force Kiev make an impossible choice between Europe and Russia. 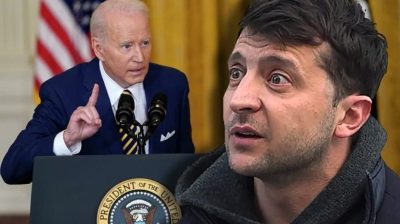 A specter haunts the collective West: total zombification, courtesy of an across-the-board 24/7 psy ops imprinting the inevitability of “Russian aggression”.

“I can absolutely say that to date, the Russian armed forces have not created a strike group that could make a forceful invasion of Ukraine.”

END_OF_DOCUMENT_TOKEN_TO_BE_REPLACED

On 19 January 2022, US President Joe Biden held a press conference in the East Room of the White House in Washington, DC. The discussion ranged from Biden’s failure to pass a $1.75 trillion investment bill (the result of the defection of two Democrats) to the increased tensions between the United States and Russia. According to a recent NBC poll, 54% of adults in the United States disapprove of his presidency and 71% feel that the country is headed in the wrong direction.

END_OF_DOCUMENT_TOKEN_TO_BE_REPLACED

Rights groups and politicians in Colombia have welcomed a decision by the country’s Constitutional Court, which ruled this week that the government failed to consult local communities over its plan to restart aerial fumigation of coca crops, Al Jazeera reported. In a decision last Wednesday, the court said the government of President Ivan Duque could not […] The post Colombia Constitutional Court Suspends Re-Start of Glyphosate Aerial Fumigation Program appeared on Sustainable Pulse.

END_OF_DOCUMENT_TOKEN_TO_BE_REPLACED

40. The West co-opts the Taliban

The three-day conclave in Oslo on January 23-25 for interaction for a core group of Western diplomats with Taliban officials marks a new phase in the political situation in Afghanistan. The West was represented by the US, UK, Germany, France and Italy as well as the European Union.

END_OF_DOCUMENT_TOKEN_TO_BE_REPLACED

The January 2022 issue of Race & Class includes key interventions that seek to understand the workings of racial capitalism, digital colonialism and the ecological devastation they wreak, as well as crucial insights on ways out of the ‘global organic crisis’.
END_OF_DOCUMENT_TOKEN_TO_BE_REPLACED

When the BMJ published an extraordinary article documenting the censorship of one of its articles by Facebook, it lifted the curtain on a clandestine practice performed thousands of times a day. According to the medical journal, a peer-reviewed piece documenting an investigation into clinical trial research practices occurring at Ventavia, a contracted company which assisted with the main Pfizer covid-19 vaccine trial, was labelled as “partly false” and suppressed on the network.