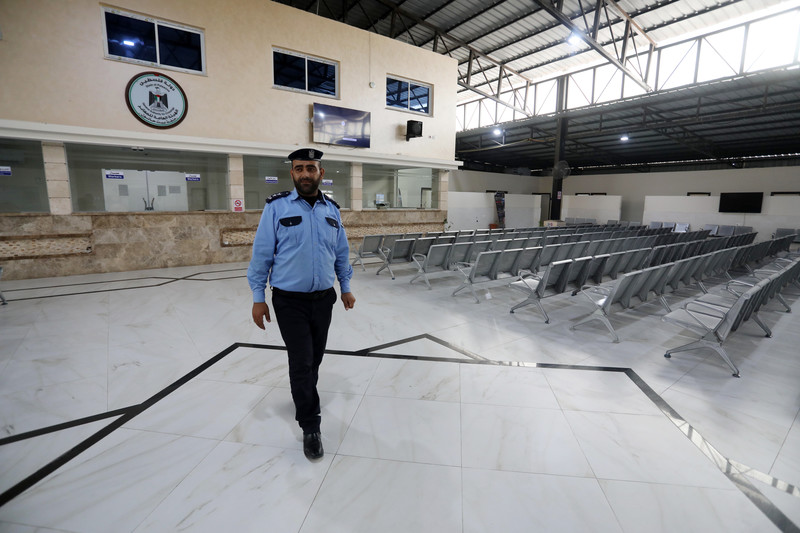 An empty hall on the Palestinian side of Erez checkpoint between Gaza and Israel on 4 August. Ashraf Amra APA images

Israel tightened its chokehold on Gaza for the third day in a row on Thursday, blocking nearly all movement of people and goods in and out of the besieged territory.

Gaza is already under a comprehensive blockade imposed by Israel in 2007. There is little meaningful international pressure on Israel to lift the siege, despite the widespread harm it has caused Gaza’s population of more than 2.1 million people.

Israel imposed the tightened restrictions this week after its military arrested Bassam al-Saadi, a top commander of Islamic Jihad, a Palestinian political faction and resistance group, on Monday.

A 16-year-old boy was shot and killed by soldiers during the arrest raid in Nablus, a city in the northern West Bank.

Israel reportedly fears retaliation from Islamic Jihad in Gaza over the arrest of al-Saadi.

The additional closure measures have disrupted healthcare for the daily average of 100-120 medical patients that cross Erez checkpoint in Gaza’s north.

The continued prevention of travel for medical patients would amount to “premeditated murder,” according to the Palestinian Center for Human Rights.

The capacity of Gaza’s health sector has been greatly compromised after decades of occupation, 15 years of blockade and multiple large-scale military assaults and many patients must leave the territory to access life-saving care.

Even people whose permits were already approved by Israel are being prevented from traveling.

Since 2007, nearly 850 patients in Gaza have died after their permits to access hospitals in the West Bank and Israel were denied or delayed.

The Palestinian Center for Human Rights stated on Thursday that a 46-year-old woman who had applied for travel permits for months to access cancer treatment in the West Bank was prevented from crossing Erez checkpoint on Wednesday.

On Tuesday, “only four patients were allowed through via back-to-back transfer on ambulances” at Erez checkpoint, according to Gisha, a human rights group focused on freedom of movement, and Physicians for Human Rights-Israel.

“Hundreds of other humanitarian cases, such as people traveling to attend a wedding or funeral of a first-degree relative in Israel or the West Bank, are being denied access,” the rights groups added.

In the weeks leading up to the tightened closure, there was a daily average of 2,000 exits via Erez checkpoint.

The closure of the checkpoint also curtails movement of the some 14,000 Palestinians in Gaza with permits to work and trade in Israel.

“On each day that the crossing is closed, thousands of people and their families are denied access to livelihoods, leading to losses of millions of shekels for Gaza’s economy, exacerbating already fragile humanitarian conditions in the Strip,” Gisha and Physicians for Human Rights-Israel said.

Meanwhile, the continued closure of Gaza’s sole commercial crossing, preventing the import of fuel, could see the shut-down of the only power plant in the territory.

According to the Palestinian Center for Human Rights, top official at the power plant said that there is only enough fuel to keep the power plant running for two more days at its already reduced capacity with outages of around 10 hours per day.

A shut-down of the power plant would disrupt essential services such as healthcare and water and sanitation services.

The continued blockade on the exit of goods “compounds the financial losses” for an already “devastated” economy, the rights groups added.

The Palestinian Center for Human Rights said that such collective punishment measures are a violation of the Fourth Geneva Convention.

In addition to closing Gaza’s crossings, the Israeli military shut down roads and rail traffic near the Israel-Gaza boundary fence in fear of retaliation, according to the Tel Aviv daily Haaretz.

The newspaper reported on Thursday that military units had deployed to the boundary in preparation for a potential escalation.

Israel also “deployed drones capable of attacking Palestinian units who could attempt to launch rockets or anti-tank fire at Israel.”