An UAV hit the roof of the headquarters of Russia’s Black Sea Fleet, Sevastopol, Crimea, August 20, 2022

In military terms, the crude, locally assembled drone dropping a country-made bomb or two on unguarded sites in Crimea are at best pin pricks in the big picture of Russia’s special military operation in Ukraine. But it can be profoundly consequential in certain other ways.

END_OF_DOCUMENT_TOKEN_TO_BE_REPLACED

By Glenn Diesen, Professor at the University of South-Eastern Norway and an editor at the Russia in Global Affairs journal.

The author and holocaust survivor, Victor Klemperer, identified two distinct styles of language that defined Hitler’s propaganda against the Jews: either “scornful derision” of the inferior race or “panic-stricken fear” of their threat to civilisation.

Anti-Russian propaganda over the past centuries has similarly produced two contradictory positions – disdain for Russians as an uncivilised and backward people, and simultaneously an immeasurable threat looming over Europe. A state of affairs described by one writer as “Russophrenia: the idea that Russia is simultaneously about to fall apart, and also take over the world.”

END_OF_DOCUMENT_TOKEN_TO_BE_REPLACED

Dutch farmers’ protests offer a preview of the resistance to come as transnational “green” billionaires advance a “reset” of the global food system. The elite agenda threatens to deepen an international cost of living crisis and spark unrest well beyond The Netherlands.

END_OF_DOCUMENT_TOKEN_TO_BE_REPLACED

Some voices on the death of Darya Dugina: 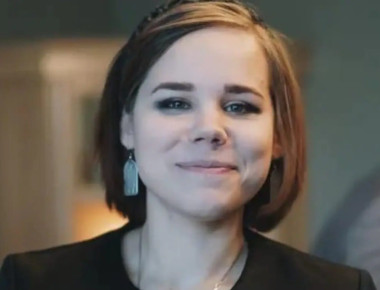 How long will the U.S. continue to support these atrocities? And when will a movement develop to try and block U.S. military aid to Ukraine?

On August 4, Ukrainian army rockets struck the drama theater of Donetsk and a neighboring area, killing famed ballerina and teacher, Galina Vasilyevna Volodina, and one of her protégés, Katya Kutubaeva, 12, a rising young star with a brilliant future ahead of her.

END_OF_DOCUMENT_TOKEN_TO_BE_REPLACED

Russia details use of hypersonic missiles in Ukraine
https://www.rt.com/news/561252-kinzhal-hypersonic-shoigu-ukraine/

END_OF_DOCUMENT_TOKEN_TO_BE_REPLACED

Official Canadian foreign policy supports empire and corporate interests, but you’d never know that if you rely on the dominant media or government pronouncements.

END_OF_DOCUMENT_TOKEN_TO_BE_REPLACED On August 7, a delegation of 11 Lithuanian officials led by Deputy Minister of Transport and Communications Agnė Vaiciukevičiūtė arrived in Taiwan on a five-day visit. According to the Taiwanese Foreign Ministry, the purpose of the delegation’s visit is to “strengthen strategic cooperation and business ties in advanced sectors.” In reality, however, the Lithuanian vice-ministers talked about the possibility of signing documents that hinted at Taiwan’s independence, thus sending a signal to the separatist forces on the island that was not friendly to Beijing.

END_OF_DOCUMENT_TOKEN_TO_BE_REPLACED

The news about the war in Ukraine is getting so fake that even an amateur can debunk it no time.

10 years after the brutal massacre of striking mine workers in Marikana in South Africa, Mbuso Ngubane, Deputy General Secretary of NUMSA, talks about questions of justice and the close ties between mining giants and the state