Éric Toussaint and B. Skanthakumar 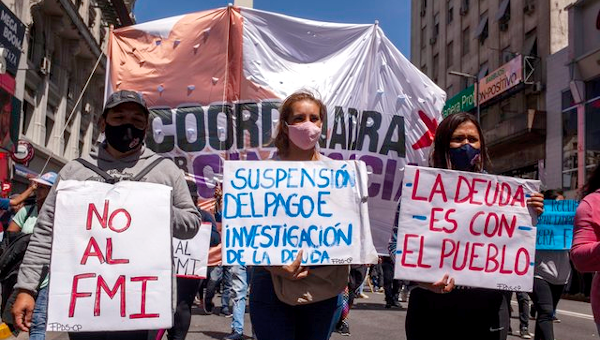 Sri Lanka’s acute economic crisis and sovereign debt default, along with its people’s uprising in 2022, has drawn attention across the world. It is described as the ‘canary in the coal mine’, that is, a harbinger of the likely future for other global south countries. Eric Toussaint, spokesperson for the Committee for the Abolition of Illegitimate Debt (CADTM) interviewed via email Colombo-based Balasingham Skanthakumar of the Social Scientists’ Association of Sri Lanka and the CADTM’s South Asia network. The responses in draft were improved by Amali Wedagedera’s review and finalized on 5th August.

END_OF_DOCUMENT_TOKEN_TO_BE_REPLACED

The video footage coming out of Sri Lanka right now has been the recurring nightmare of every ruler throughout history.

Thousands of protesters outraged by the deteriorating material conditions of the nation’s economic meltdown have stormed the presidential palace of Sri Lanka’s President Gotabaya Rajapaksa, and I guarantee you the aerial footage as they poured into the building en masse has made every government leader and plutocrat a little uncomfortable today.

END_OF_DOCUMENT_TOKEN_TO_BE_REPLACED

The Indian Ocean is one of the most contested regions in the world today. China, the United States, India, and also Japan, Saudi Arabia and other rich and powerful states are struggling for influence over Sri Lanka, located in the geographical heart of the Indian Ocean. Sea lanes of the Indian Ocean are considered to be the busiest in the world with more than 80% of global seaborne oil trade estimated to be passing through them.
END_OF_DOCUMENT_TOKEN_TO_BE_REPLACED