Greg Palast on the ground in the battleground state of Ohio: where he finds three ways the vote is, indeed, “rigged” – but FOR the GOP. 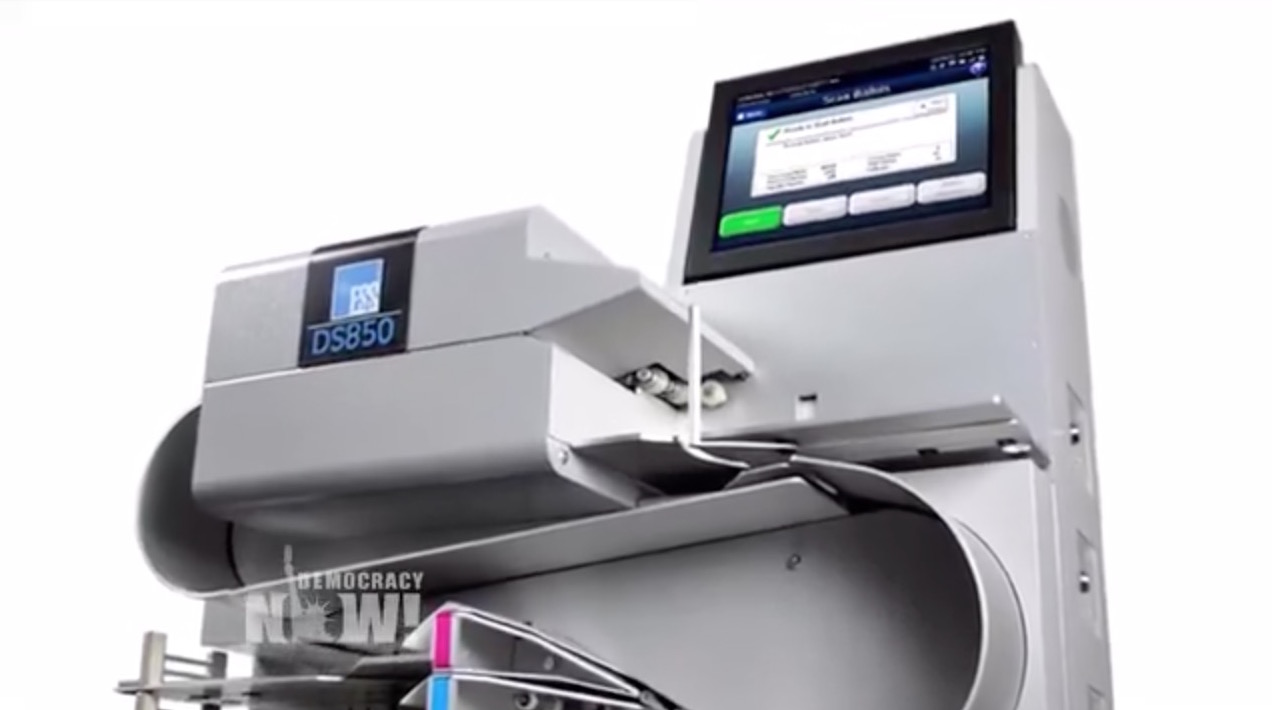 And, today, Election Day, and tomorrow only, stream Palast’s new movie for free, “The Best Democracy Money Can Buy:  a tale of Billionaires & Ballot Bandits.’  [Otherwise get it from Amazon or Vimeo]

[Columbus, Ohio, Election Day 2016.] For two decades, computer touch-screen voting machines have been derided as “push and pray” voting.  You had to take it on faith that the machine records your vote as you intend.  The machines lacked a “paper record” to audit and recount.
END_OF_DOCUMENT_TOKEN_TO_BE_REPLACED

[Nor British for that matter. WB]

In September 2012 Chicago mayor Rahm Emanuel attempted to break the Chicago Teachers Union (CTU) with a bid to privatize Chicago’s public schools. The mayor’s proposal was based on a plan to subject teachers (and schools) to performance measurement based on students‘ standardized test scores.

END_OF_DOCUMENT_TOKEN_TO_BE_REPLACED

WASHINGTON, Dec 01, 2008 /PRNewswire-USNewswire via COMTEX/ — In an exclusive interview with Velvet Revolution (”VR”), a DC based non-profit dedicated to a clean and accountable government, a former Diebold vote machine contractor who was in charge of preparing the 2002 election between Saxby Chambliss and Max Cleland has stated that the software patches placed on the voting machines in the weeks prior to the election could have rigged the election in favor of Republican Chambliss.

The contractor, Chris Hood, was ordered by the President of Diebold, Bob Urosevich, to secretly install uncertified software patches on machines in predominantly Democratic counties, according to Mr. Hood. Saxby Chambliss won a surprising victory after trailing badly in the pre-election polls.

Rebecca Abrahams, a former ABC News producer who conducted the interview, states, “Jim Martin should be concerned about the veracity and validity of the runoff election results after anomalies in the last election and the statement by Chris Hood. In fact, voters should demand to know if Chambliss had any knowledge that the 2002 election was rigged and whether he knew that Georgia citizens voted on electronic voting machines that had been patched with uncertified software days before the election in clear violation of Georgia law.”

My dear friend and comrade Patricia, ensconced in Jacksonville, FLA sent me these words yesterday (3 November):

“Because the elite has used this [racism] for eons. Stand up! Damn It! It’s the empire that is the focus. OHH PULEESE! But then they’re very nervous when using niggers within the empire to maintain the empire. Short story and oh so familiar. That is the Brits to the max. Within the U.S. matrix, not the Brits. This is a  tremulous time and there is deep worry. It’s [a] scary time for those who rule!!!”

“Got your thinking and reams of others. To repeat: no wonder those who rule are “tremulous”, very oft centered. But, dear bill, how do we expand and reproduce capital? Ye Gods!!! I know how deeply we experience our incipient mortality as producers of the world.”

Yes, selecting Obama was a desperate gamble no doubt, but the future of the empire is at stake here. So can Obama rescue it for whitey and what’s a lefty to do? Is it still the same old lesser of two evils paradigm (didn’t we go through this four years ago?)? Surely a ‘liberal’ black man as prez is preferable to a reactionary scumbag like McCain? Well we’ll skip the ‘liberal’ bit and let’s deal with his ‘blackness’.

END_OF_DOCUMENT_TOKEN_TO_BE_REPLACED

For a country that considers itself the ‘greatest democracy on Earth,’ the U.S. sure does run messy elections.

This year about one-third the public is voting early (something Marylanders will be voting on in a referendum on Election Day), as a result we are seeing election meltdowns in slow motion. Here is a sample of what is occurring: