On September 1st, the settlers in Silwan had a conference on the archeology of what they call “The City of David”. A group from Sheikh Jarrah Solidarity (www.justjlm.org) came to protest and inform the participants of the political meanings of the event. The police did the work of the settlers and kicked them out.

Protest in Silwan: It’s about the Settlement no…, posted with vodpod 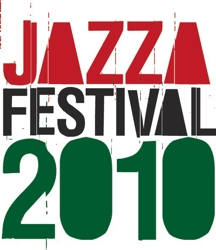 Please circulate this message as far as you can. We want to pack the Scala  with music lovers and people who care!!!

“For the musicians who support for the long suffering people of Palestine, silence is simply  not an option.” Robert Wyatt 2010

As a response to the ongoing humanitarian disaster in Palestine, a group of artists have for some months been planning a festival that will bring together luminaries from all areas of music to raise awareness, support and funds for the people of Gaza. As with the devastation that besets Palestine, the JAZZA Festival will not be a one off event but will travel to international venues. Only with the final liberation of the people of Gaza will the JAZZA Music festival stage it’s final act, in Gaza itself. Please show your solidarity and solidarity by booking tickets for and spreading the word to friends and supporters.

JAZZA Music Festival is organized in association with the Free Palestine Movement, leading advocates for the humanitarian rights of Palestinians and the right of free access throughout Palestine.