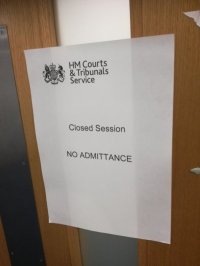 Our appeal against the Ministry of Defence’s decision not to release the number of UK Reapers engaged in operations against ISIS, nor the location of all UK Reapers was heard before an Information Tribunal yesterday (11 July).

Despite such details being regularly released for ‘manned’ aircraft engaged in such operations – and as we demonstrated in court – many other operations including Operation Herrick (Afghanistan), Operation Ellamy (Libya) and even Operation Desert Fox (Iraq), the MoD insisted in court there were “appropriate reasons”, which could not be revealed in open court, why deployment details of armed drones could not be released. END_OF_DOCUMENT_TOKEN_TO_BE_REPLACED