Around two months ago, drone whistleblower Daniel Hale was sentenced to 45 months in prison  after he stood before a federal judge and delivered a statement that demonstrated he was a person of conscience.

END_OF_DOCUMENT_TOKEN_TO_BE_REPLACED

The MoD’s internal think-tank, the Development, Concepts and Doctrine Centre (DCDC) along with the German Bundeswehr Office for Defence Planning (BODP) has published a disturbing new report urging greater investigation of – and investment in – human augmentation for military purposes. The following is a brief summary of the 100+ page document with short comment at the end.

END_OF_DOCUMENT_TOKEN_TO_BE_REPLACED

An international grassroots movement to ban weaponized drones and military and police surveillance, entitled Ban Killer Drones, has been launched. Go to www.bankillerdrones.org to see the teamwork results of this excellent resource on the United States’s not-so-secret assassinations around the world.

END_OF_DOCUMENT_TOKEN_TO_BE_REPLACED

The Overseas Operations Act, which recently became law, aims to limit the exposure of members of the armed forces to prosecution for crimes committed in the course of armed conflict. Unsurprisingly its passage through Parliament was fraught with controversy. In addition, the Parliamentary debate surrounding the Act highlighted that government thinking around the use of armed drones continues to rely on problematic presumptions and tropes. In its response to questions raised in Parliament, the government has betrayed its underlying view that drone warfare is inherently lawful and clean.

END_OF_DOCUMENT_TOKEN_TO_BE_REPLACED

A new survey by Drone Wars has begun the process of mapping the involvement of information technology corporations in military artificial intelligence (AI) and robotics programmes, an area of rapidly increasing focus for the military.  ‘Global Britain in a Competitive Age’, the recently published integrated review of security, defence, development, and foreign policy, highlighted the key roles that new military technologies will play in the government’s vision for the future of the armed forces and aspirations for the UK to become a “science superpower”.

END_OF_DOCUMENT_TOKEN_TO_BE_REPLACED

Drone Wars is undertaking legal action in an attempt to gain details of secret British Reaper drone operations that has been taking place since at least 2019.  Appealing against the MoD’s refusal to answer both FoI requests and parliamentary questions about these missions, Drone Wars is seeking answers before an Information Tribunal.

END_OF_DOCUMENT_TOKEN_TO_BE_REPLACED 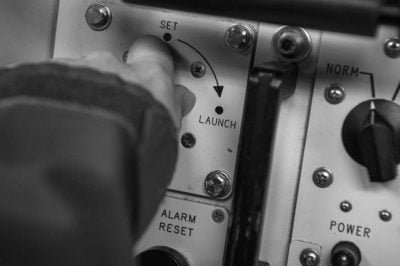 The ghost of Edward Teller must have been doing the rounds between members of the National Commission on Artificial Intelligence.  The father of the hydrogen bomb was never one too bothered by the ethical niggles that came with inventing murderous technology.  It was not, for instance, “the scientist’s job to determine whether a hydrogen bomb should be constructed, whether it should be used, or how it should be used.”  Responsibility, however exercised, rested with the American people and their elected officials.

END_OF_DOCUMENT_TOKEN_TO_BE_REPLACED

At the beginning of March, the government will publish its long-awaited Integrated Review of Security, Defence, Development and Foreign Policy, known (thankfully) as ‘The Integrated Review’.  It’s purpose is to “define the Government’s ambition for the UK’s role in the world and the long-term strategic aims for our national security and foreign policy.”

END_OF_DOCUMENT_TOKEN_TO_BE_REPLACED

General Atomics is to bring a company-owned SkyGuardian drone to the UK in the summer to undertake “a series of operational capability demonstrations” for the UK and other NATO members. The RAF’s soon to be acquired Protector drone is a version of the SkyGuardian with a range of UK modifications. The aircraft is being shipped into the UK rather than flying in (possibly due to the controversy around a previous flight to the UK) and will be based at RAF Waddington.

END_OF_DOCUMENT_TOKEN_TO_BE_REPLACED

Our new report, ‘On the Edge: Security, protracted conflicts and the role of drones in Eurasia’ examines the proliferation of drones and loitering munitions (often descried as suicide drones) across Eurasia. It charts their increasing use along the borders of separatist areas, aims to shed some light on the acquisition of large Medium-Altitude Long-Endurance (MALE) Chinese drones in Central Asia, and asks why this has happened and what the likely consequences might be.

END_OF_DOCUMENT_TOKEN_TO_BE_REPLACED

Documents obtained by Drone Wars using the Freedom of Information Act (FOI) reveal how British military officials view the UK’s next generation armed drone, known as Protector, and the types of advanced capabilities the aircraft will have. Protector, which is set to replace the UK’s current fleet of armed Reaper drones in the mid-2020s, is essentially SkyGuardian—the latest version of the Predator drone being produced by General Atomics—plus UK modifications. The modifications revealed in the FOI documents (comprising presentations given by UK military personnel at a drone technology conference held last September) are significant because they provide an insight into how the Ministry of Defence (MOD) plan to utilise Protector.  Looking more widely, Protector epitomises the second drone age, characterised by a global expansion in both the type of drones being used by states and the scale of operations, including in the domestic sphere.

END_OF_DOCUMENT_TOKEN_TO_BE_REPLACED

Here’s a recording of the webinar to mark our 10th anniversary ‘Drone Warfare: Today, Tomorrow, Forever?’