I teach journalism. So, of course, I follow journalism closely.

On the immigration issue, many news outlets have been doing a great job covering the rallies and marches, the “baby jails” and rulings and (few) family reunifications.

But they lack context.

In the classroom, I emphasize that every news story—even a little one about a city sidewalk repair—must provide context. Why that sidewalk, why now? Who lives there and walks there? What sidewalks are not getting repaired? When was the sidewalk first built? What’s the budget? And so on.

Recent news stories certainly provide some context and numbers. And many tell harrowing and important specific stories…but they mostly don’t get into the structural causes, the deep history. I worry that readers and viewers are not getting the whole story.

What about specific references to international law, like to the UN Declaration of Human Rights (UNDHR) and its promise (in Article 14) that all people have “the right to seek and to enjoy in other countries asylum from persecution”? It was ratified by the US, and is thus “the supreme law of the land,” according to Article VI of the US Constitution.

I’d argue that every single news story should remind that it is not illegal to cross a border and seek asylum.

In order to obtain political asylum here, a person must have a “well-founded fear of persecution or harm on account of his or her race, religion, nationality, membership in a particular social group, or political opinion,” according to the US Citizenship and Immigration Services website.

Historically, every year US courts have determined that tens of thousands of people turning up at the US border have that kind of well-founded fear—over 23,000 in 2014 and over 26,000 in 2015, according to the Migration Policy Institute. That might sound like a lot of people, but those numbers are tiny, given the UN High Commission on Refugees says the planet is witnessing “the highest levels of deplacement on record,” with 24.5 million refugees and 3.1 million asylum-seekers. Compared to countries like Turkey and Uganda, who are hosting 3.5 and 1.4 million refugees respectively, the US is doing little. 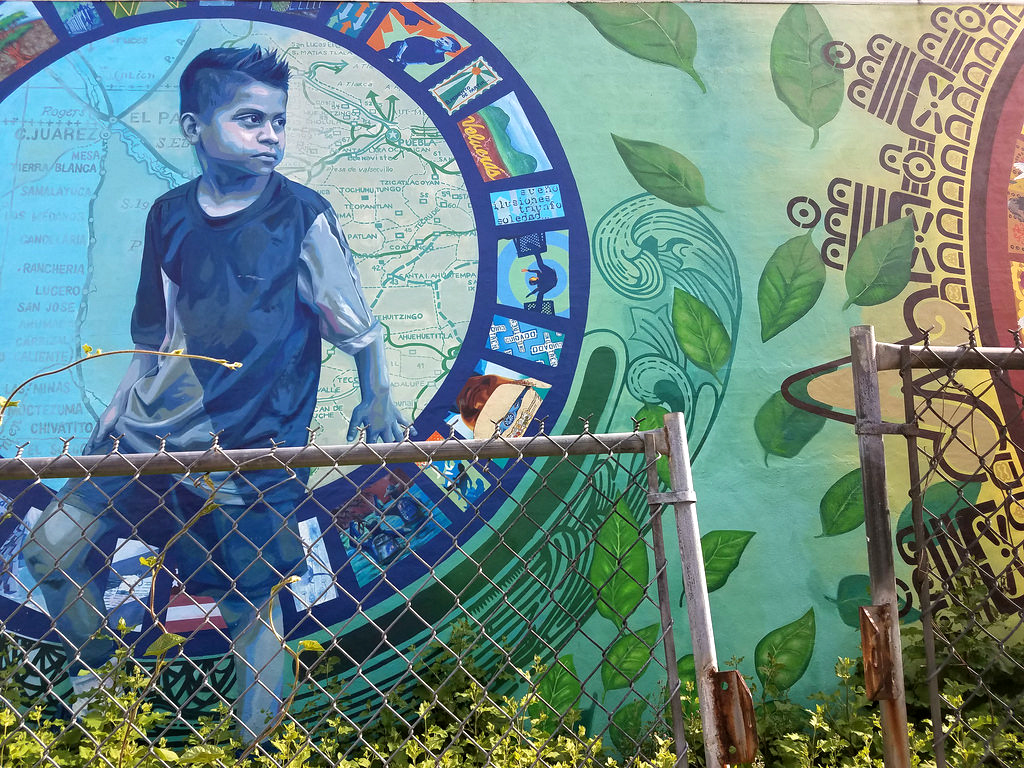 But what about another promise of the UNDHR, Article 3, that all people in member nations have “the right to life, liberty and security of person”? What if someone has a “well-founded fear” of “harm” due to lack of security?

The UN Development Program defines human security as “freedom from fear and freedom from want.” What if your spouse beats you? What if gangs and thugs harass your little shop and demand tribute payments? What if there are no jobs that will support you and your family? Healthcare is pricey everywhere. Education is often not free. Shelter and food are expensive.

In 2015, the Food and Agriculture Organization was pleased to announce that only 5.5 percent of the population in Latin American and the Caribbean was “undernourished.” Sounds like a low number, right? Wrong. At the time, 5.5 percent equaled 34 million men, women and children definitely not “free from want.”

Shouldn’t readers and viewers be reminded of that hunger, and—more importantly—of the historical and political contexts at least partly responsible for it?

For example, wouldn’t it be useful to point out that the countries of this hemisphere have borders mostly established by invading armies and settlers from Europe? There were no walls to keep the Spanish, Portuguese, French and English out. The indigenous people living in the Americas of the 15th and 16th centuries had no say on their “immigration crisis.” The entire hemisphere was converted into colonies where local populations and imported African slaves were tortured, killed and/or exploited for centuries.

In the 19th century, as the European powers’ hold on the hemisphere weakened, and even before some countries achieved independence, another kind of invasion took place, this one from the north.

US businesses found ample opportunities to scoop up land, launch industries and run banks. They were encouraged by the Monroe Doctrine of 1823, the Spanish/American War of 1898 and the 1903 Platt Amendment, which noted without any irony that the US could invade Cuba for, among other purposes, “the preservation of Cuban independence.” The 1904 Roosevelt Corollary expanded that attitude to the hemisphere.

Writing some 50 years ago in The Open Veins of Latin America, Eduardo Galeano noted that even though the colonial era had officially ended:

our region still works as a menial… at the service of others’ needs, as a source and reserve of oil and iron, of copper and meat, of fruit and coffee, the raw materials and foods destined for rich countries.

Later in the book, he wrote:

Hasn’t our experience throughout history been one of mutilation and disintegration disguised as development? Centuries ago the conquest cleared out lands to plant crops for export and annihilated the indigenous populations in the mines to satisfy the demand abroad for silver and gold. The diet of the pre-Columbian population that could survive the extermination deteriorated as the foreigners progressed. In our day, the people of Peru produce fishmeal, very rich in protein, for the cattle of the United States and Europe, but proteins are conspicuously absent from the diets of most Peruvians.

That has not changed much since the book appeared.

In 2016, the World Bank reported that four of the top five exports from the region were raw materials, and the fifth was automobiles—US, European or Asian vehicles assembled south of the border. Top trading partners? The US, followed by China. No wonder Galeano subtitled his classic, “Five Centuries of the Pillage of a Continent.”

What happened when US companies’ “pillage” was threatened? The Marines would show up.

Starting with a 1905 invasion of the Dominican Republic and scores of times since then, soldiers, spies and mercenaries have repeatedly intervened in nearly every country south of the Rio Grande. Sometimes they stayed, setting up puppet governments overseen by multi-year occupation armies. On other occasions, Washington backed mercenaries and paramilitary forces who overthrew democratically elected leaders.

What are the long-term effects of policies and acts that are nothing short of imperialism? Many would argue that they are at least partly responsible for massive poverty: About one-quarter of the region’s population lives below the poverty line, set at US$5.50 per day, according to the World Bank, and it has the most unequal income distribution in the world(although that has improved a bit over the past decade).

What kind of “security of the person” is possible with these kinds of numbers? And why doesn’t it matter if one has a “credible fear” of the “harm” resulting from malnutrition? From lack of jobs and opportunities? From criminal gangs? 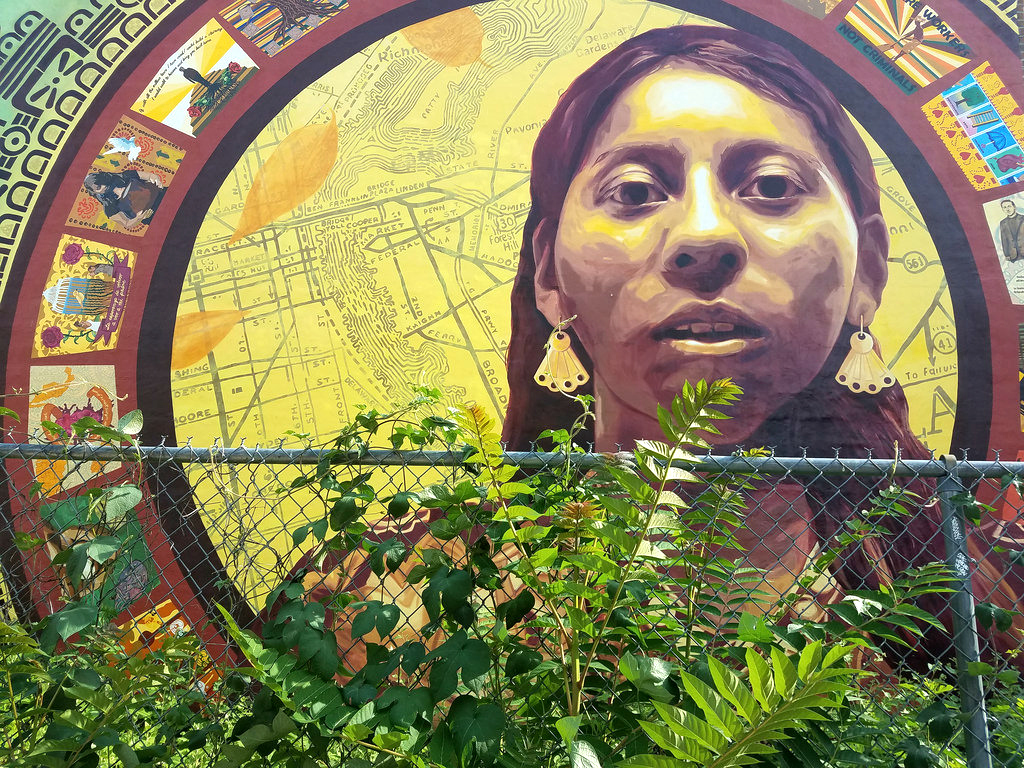 With all the talk of Supreme Court candidate Brett Kavanaugh’s “originalism,” I was reminded of one last bit of context: the “original” writings and philosophy that predate the Constitution and helped inspire the US’s founding ideas and ideals.

Thank you, Enlightenment philosophers and your clarion calls for freedom… of speech, of religion, of thought.

One freedom many of them discussed was freedom of movement, an idea that dates back to ancient Greek and Roman scholars, according to University of New Wales Professor Jane McAdams (Melbourne Journal of International Law, 2011). She notes that philosophers like pre-Enlightenment thinker Hugo Grotius (1583–1645), whose work contributed to international jurisprudence, carried the idea forward when he wrote in 1625 of:

the right of a person to temporarily sojourn in a foreign country “for the sake of health, or for any other good reason; for this also finds place among the advantages which involve no detriment.”

Closer to home, writing in 1774, Thomas Jefferson agreed, noting that everyone had:

a right, which nature has given to all men, of departing from the country in which chance, not choice, has placed them, of going in quest of new habitations, and of there establishing new societies, under such laws and regulations as, to them, shall seem most likely to promote public happiness.

In today’s world, with its borders and customs agents and walls and razor wire, freedom of movement has become detached from the rest of the liberal philosophy that underpinned our revolutionary generation. Why not give those in the Americas who were born—as Jefferson put it—into a country which “chance, not choice, has placed them” the opportunity to go “in quest of new habitations”? Perhaps resurrecting freedom of movement as a “natural right” would at least partly make up for the centuries of pillage and invasion.

Shouldn’t journalists covering the ongoing crisis at the southern border remind readers, viewers and listeners of this historical context?

Jane Regan is associate professor of the practice at the College of Communication at Boston University.