On Thursday whistleblower Chelsea Manning disclosed to the New York Times that she has been subpoenaed to testify before a grand jury by the US District Court for the Eastern District of Virginia on March 5. The subpoena provides no information as to what prosecutors intend to ask her, but all indications are that it is part of an effort by the US Department of Justice to escalate its pursuit of WikiLeaks founder Julian Assange.

The Eastern District of Virginia is the same federal court which “in error” revealed to the public in November 2018 that it secretly possesses sealed criminal charges against Assange. The courageous publisher is currently trapped in the Ecuadoran Embassy in London, after having sought political asylum in 2012 for publishing explosive leaks that exposed US war crimes in Afghanistan and Iraq, imperialist intrigues around the world, and later the sordid backroom political corruption of the Democratic Party.

While not denying the existence of such criminal charges, attorneys with the Justice Department were able to subsequently block the court from having to reveal their specific nature, which is likely to consist of either “espionage” or “conspiracy” under the Espionage Act, which would provide the basis to extradite Assange to the United States. The charges could carry the death penalty or life imprisonment.

Gordon D. Kromberg, the Justice Department lawyer who successfully blocked the unsealing of the criminal charges against Assange, requested the current secret subpoena of Manning. 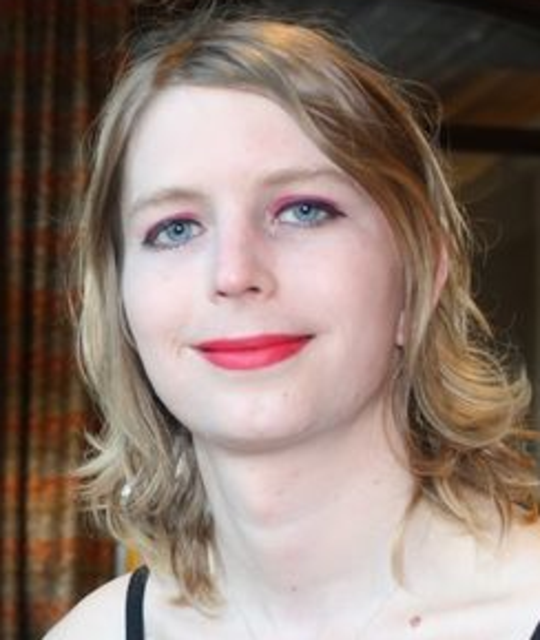 Manning, for her part, bravely leaked many of the internal military documents and secret diplomatic cables to WikiLeaks in 2010, while still in the US Army. The leaks included, among other items, footage of state war crimes in the 2007 “Collateral Murder” videos, in which US Apache helicopters gunned down over a dozen civilians and reporters.

For these courageous actions, Manning was arrested and imprisoned under horrific conditions for seven years, including a year-and-a-half in solitary confinement. In January 2017, her 35-year prison sentence was commuted by President Obama, but she was not pardoned, and therefore her conviction still stands.

It is likely that one of the main reasons why Manning is currently being subpoenaed is to try to undermine her original 2010 court-martial testimony, in preparation to pursue Assange.

A key component of her 2010 testimony was that she refuted attempts by the Justice Department to imply that Assange had directed her to pursue the leaks. “No one associated with W.L.O. [WikiLeaks Organization] pressured me into sending any more information. I take full responsibility,” she stated at her court-martial.

Manning told the Times that the Justice Department has indicated in vague terms that they want to “talk about her past statements.” She believes the subpoena is likely an attempt to get her to back away from her 2010 court-martial defense, or to intimidate her in other ways if she does not collaborate with the Justice Department.

Manning released a statement in conjunction with her Times interview that condemned the sinister nature of the entire affair. She stated: “The grand jury process, mired in secrecy, is troubling. The proceedings take place behind closed doors, without a judge or defense attorney, which makes them susceptible to abuse. I have nothing to contribute to this case, and I will not endanger myself or the activist communities I’ve organized with since leaving prison. I stand in solidarity with all grand jury resisters, who have refused to participate in this predatory and deceitful practice.”

She was also adamant that she intends to fight the procedure from taking place. Her lawyers indicated they would file motions to quash the subpoena but are also reviewing what the consequences are if she refuses to testify, which could result in a contempt finding.

For its part, the New York Times, while publishing Manning’s interview, still managed to attack Assange and WikiLeaks, who it claimed have “become notorious for their role in disseminating Democratic emails stolen by Russian hackers as part of the Russian government’s covert efforts to damage the 2016 Democratic presidential nominee, Hillary Clinton, and help Donald J. Trump win.”

The assertion that Assange published documents as part of the Russian government’s support of Trump—stated as fact without one shred of credible evidence—is a cornerstone of the attack, not just on Assange but on democratic rights and critical journalism around the world.

The World Socialist Web Site pointed this out in light of the November 2018 revelations about the criminal charges facing Assange:

“The relentless persecution of Assange has not only been aimed at preventing WikiLeaks from publishing the truth. It is part of an attempt by the ruling class to intimidate and silence all critical and independent journalists and media organizations, as well as would-be whistleblowers around the world. The attempt to paint Assange as a criminal has been at the forefront of sweeping censorship and an assault on fundamental democratic rights under way around the world.”

The struggle to defend Julian Assange embodies all of the critical democratic issues facing workers, students and young people around the world, and is being used as a mechanism to silence those who expose the rampant war crimes, mass spying, diplomatic intrigues, and corporate and government corruption taking place around the world on a vast scale.

The Socialist Equality Party (SEP), the Australian section of the International Committee of the Fourth International (ICFI), is calling on workers, students and all those who defend the democratic right to freedom of speech and freedom of the press, to endorse, promote and participate in demonstrations in Sydney on Sunday, March 3 at 2 p.m., and in Melbourne on March 10 at 1 p.m., in defense of Julian Assange.