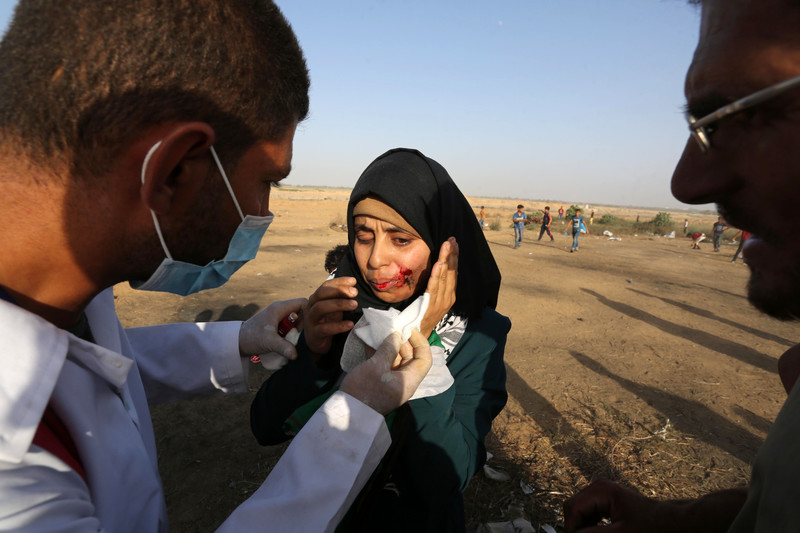 A Palestinian man died after being shot in the stomach by Israeli occupation forces during Great March of Return protests in southernmost Gaza last week.

More than 200 Palestinians have been killed during the protests along Gaza’s eastern and northern boundaries since their launch last year.

There has been a sharp drop in the number of protest fatalities in the last few months.

Israeli forces fatally injured four Palestinians during Great March of Return protests in May, including Muhammad al-Judaili, a paramedic who succumbed to his wounds in June.

Al-Qarra is the first Great March of Return fatality since al-Judaili’s death.

Last week it was revealed that the Israeli military has decided to change its open-fire regulations, acknowledging it killed dozens of protesters without justification.

Kan, Israel’s public broadcaster, reported that the regulations were changed “after it emerged that firing at the lower limbs above the knee led, in most cases, to death, despite the fact that this was not the objective.”

Soldiers are now instructed to shoot below the knee “and then at the ankle,” according to the report.

The classified open-fire regulations had been approved by Israel’s high court, which declared “there can be no doubt regarding their legality.”

“Both the military and the [high] court bear the responsibility for this criminal policy,” B’Tselem, a human rights group, stated this week.

An Israeli military document published by Adalah, a human rights group, earlier this year states that snipers are permitted to “shoot a key instigator” as he “temporarily moves away from the crowd or rests before continuing his activity.”

An independent UN commission of inquiry found that Israel’s use of lethal force against protesters warrants criminal investigation and prosecution and may amount to war crimes and crimes against humanity.

Israeli occupation forces continue to injure Palestinian journalists while they cover the protests.

A rubber-coated bullet fired by soldiers hit photojournalist and cameraman Sami Jamal Taleb Misran in the left eye as he covered demonstrations on 19 July. He was wearing a vest marked “Press” when he was injured east of al-Bureij refugee camp, central Gaza.

At the same location that day, Israeli forces fired a rubber-coated bullet that hit reporter Safinaz al-Louh in the back. She was also wearing a vest marked “Press.”

It was not al-Louh’s first injury while covering the protests. She was hit in her right leg with a tear gas canister on 5 April.