Order our festive bundle for just £20

Following the IRR’s concern about the appointment of controversial ‘race iconoclast’ David Goodhart as commissioner at the Equality and Human Rights Commission (EHRC) and amid revelations about the views of other commissioners, Jenny Bourne sets the debate about the EHRC in historical context by examining the statutory bodies from 1962 till today. CIAC, NICCI, CRC, CRE, EHRC – whatever the initials, the organisations have long held an ambiguous position and struggled to gain community trust. Today, the EHRC, with its tiny budget, reluctance to hit hard, and a set of right-leaning dissentient commissioners, seems dominated by the very interests it is supposedly regulating. Even when the Commission deems the government’s hostile environment policies unlawful, as our recent twitter thread explains, it appears reluctant to mete out any substantial forms of redress. In a week that has seen another deportation flight to Jamaica, the futility of such bodies is laid bare.

In France, too, as our regular calendar of racism and resistance demonstrates, weak anti-discrimination bodies provide no protection when influential police trade unions clamour for more powers and the state takes an authoritarian turn. It is demonstrations by hundreds of thousands of people, incensed by recent violent police operations caught on camera again, that have forced president Macron to backtrack on Article 24 of the Security Bill, which would make it a criminal offence to circulate an image of a police officer’s face ‘with the aim of harming their physical or psychological integrity’. Whereas Macron’s concession is made with an eye to winning back centre-left voters in the upcoming 2021 presidential elections, he makes no such concessions when it comes to anti-terrorist measures now affecting Muslims in every aspect of their lives and forcing the Collective Against Islamophobia (CCIF) to transfer its operations out of the country. 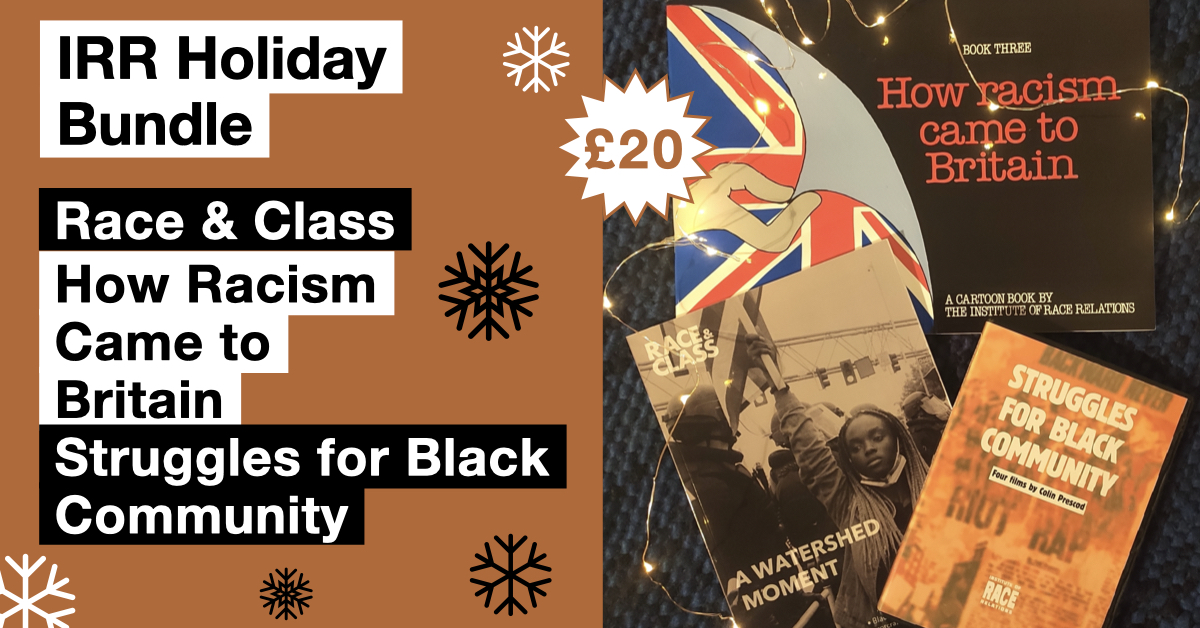 Do you want to give serious educational gifts this holiday season whilst also helping an anti-racist cause? We provide the perfect combination for everyone in our £20 bundle, which can be ordered here up till 16 December. Get the latest edition of Race & Class, How Racism Came to Britain a brilliant and amusing cartoon book for kids; and the seminal four films, Struggles for Black Community on DVD in our special holiday promotion. 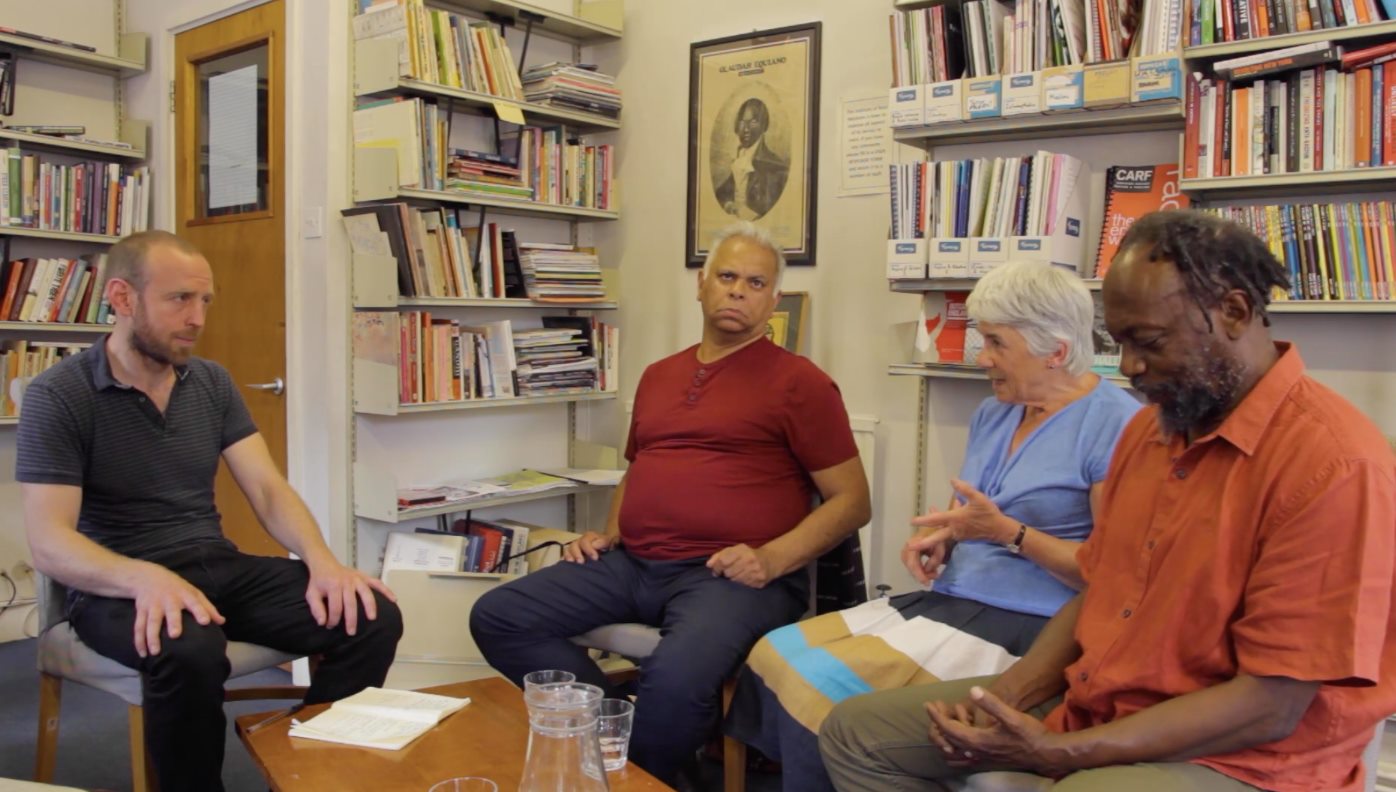 Our good friends at MayDay Rooms will be screening the online premiere of ‘We Have the Right To Be Here’ an interview conducted by poet and educator, Sam Berkson with the Monitoring Group’s Suresh Grover, IRR Vice-Chair Frances Webber and IRR Chair Colin Prescod.

Filmed at the IRR office and featuring archival footage, ‘We Have the Right To Be Here’ is an oral history and analysis of some of the black and anti-racist movements of post-war Britain, told by three activists who talk of their first-hand involvement in groundbreaking events of the British anti-racist and anti-fascist struggle. 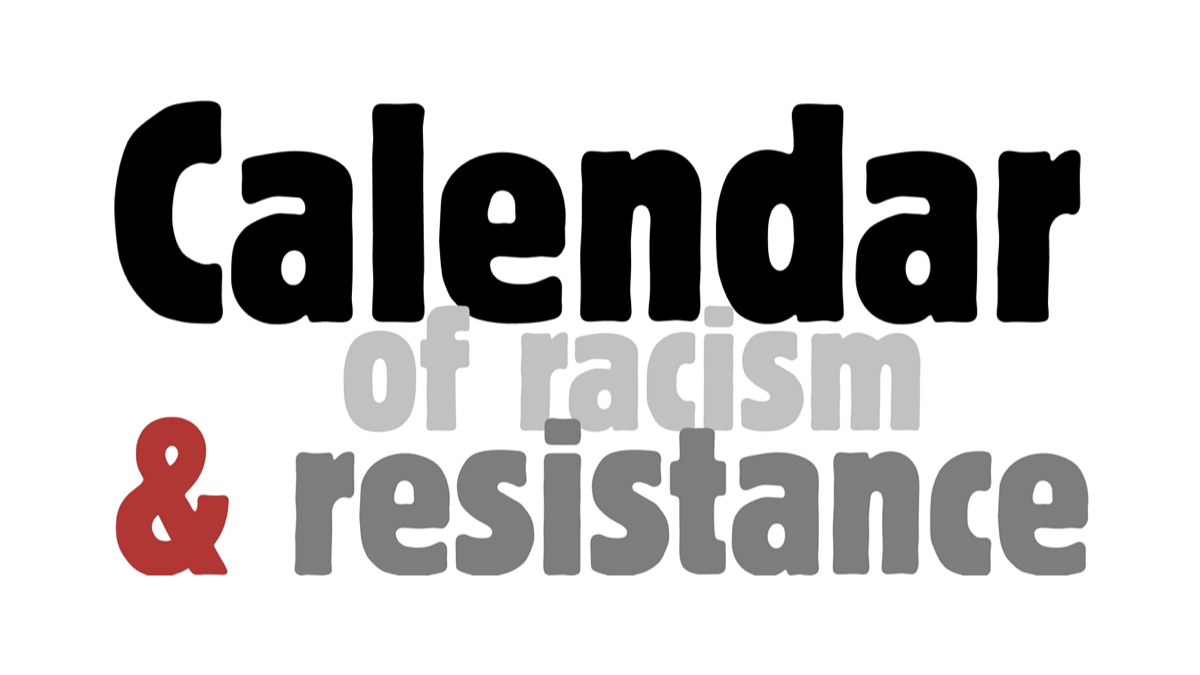 Calendar of Racism and Resistance

In case you missed it last week, our latest report published with the PPT London Steering Group and Gisti, is available to download for free on our website. Our twitter storm launching the report was featured in Middle East Monitor.