Vaccines have performed an important role in improving public health and saving human lives. All the scientists, labs, manufacturers and medical personnel who contributed to this deserve our deepest thanks and gratitude.

END_OF_DOCUMENT_TOKEN_TO_BE_REPLACED

Glen Ford, BAR Executive Editor
The Black misleaders have been busy selling out Black people for half a century, but are still only barely tolerated by the rich man’s Democratic Party and its racist figurehead, Joe Biden.

END_OF_DOCUMENT_TOKEN_TO_BE_REPLACED

A decade has now slipped by since a man named Mohamed Bouazizi set himself on fire in the Tunisian town of Sidi Bouzid on 17 December 2010. Bouazizi, a street vendor, took this extreme step after policemen harassed him for trying to survive. Not long after, thousands of people in this small Tunisian town gathered in the street to express their anger. Their outburst spread to the capital city, Tunis, where trade unions, social organisations, political parties, and civic groups marched into the avenues to overthrow the government of Zine El Abidine Ben Ali. Demonstrations in Tunisia inspired similar outbreaks around the Mediterranean Sea from Egypt to Spain, the chant of Cairo’s Tahrir Square – ash-sha’b yurid isqat an-nizam ‘(the people want to overthrow the regime’) – redolent with the emotion of hundreds of millions.

END_OF_DOCUMENT_TOKEN_TO_BE_REPLACED

Malayalis attribute high importance to democratic elections in general, but the elections to the local bodies and the state assembly are of exceptional importance. Like in any part of the world where the roots of democracy and representative rule run deep and devolution of power percolates down to the grass roots, it is the local bodies in Kerala that affect people’s day-to-day life most directly. Having said that, of course, given the high literacy level in the state, Malayalis also make their point on the state of the nation whenever election time comes.

END_OF_DOCUMENT_TOKEN_TO_BE_REPLACED 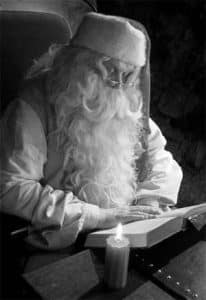 Ecosocialist Bookshelf is an occasional feature. We can’t review every book we receive, but we will list and link to any that seem relevant to Climate & Capitalism’s mission, along with brief descriptions. Books described here may be reviewed in future. Inclusion of a book does not imply endorsement, or that we agree with everything (or even anything!) these books say.