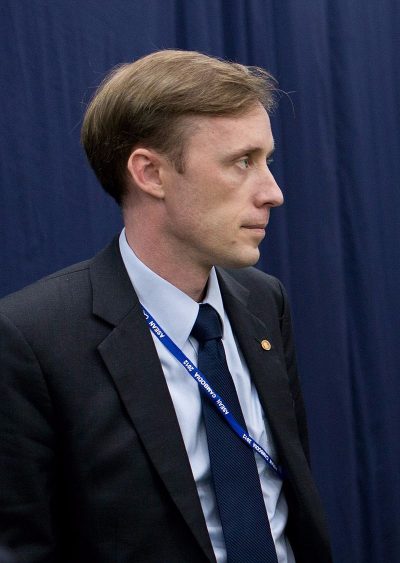 It has gotten tongues wagging in the diplomatic corps of Beijing, Washington and distant Canberra.  The opening session of the two-day summit between China and the United States in Anchorage, Alaska was ill-tempered.  “We do not seek conflict,” insisted White House National Security Advisor Jake Sullivan from the outset, “but we welcome stiff competition, and we will always stand up for our principles, for our people, and for our friends.”  There was little doubt that what followed was stiff.

Particular concern was expressed regarding claims of economic coercion exerted by Beijing towards US allies, with Australia featuring.  US Secretary of State Antony Blinken was all reiteration, outlining a list of sins to add to accusations of coercion: China’s policy towards Tibet and the Uighurs in Xinjiang; actions in Hong Kong and the stance on Taiwan; assertiveness in the South China Sea; and cyber-attacks on US targets. “Each of these actions threaten the rules-based order that maintains global stability,” stated a grave Blinken.  “That’s why they’re not merely internal matters and why we feel an obligation to raise these issues here today.”

The “rules-based international order” proved to be the stubborn fixation.  “That system is not an abstraction,” lectured Blinken.  “It helps countries resolve differences peacefully, coordinate multilateral efforts effectively, and participate in global commerce with the assurance that everyone is following the same rules.”  Sullivan attempted to rub matters in, talking about the Quad leaders’ summit “that spoke to the can-do-spirit of the world’s democracies and committed to [realizing] the vision of a free and open Indo-Pacific.”  Beyond the ritualistic cant of order and rules, Sullivan was convinced that the US approach to China benefited “the American people and protects the interests of our allies and partners.”

Given that rules-based-orders have been forged by guns, bombs and steel, along with a good measure of coercion of the military and economic sort, this was mighty rich indeed.  It was certainly too rich for China’s highest ranking diplomat, Yang Jiechi.  Himself no slouch in the field of history, he spoke of the “United Nations-centred international system and the international order underpinned by international law, not what is advocated by a small number of countries of the so-called ‘rules-based’ international order.”  He suggested that the US “change its own image” and “stop advancing its own democracy in the rest of the world.”  As for human rights, the US had its own backyard problems. “They did not just emerge over the past four years, such as Black Lives Matter.”

On the subject of interference, Yang was unsparing and accurate.  In certain cases, he argued, the “problem is that the United States has exercised long-arm jurisdiction and suppression and overstretched the national security through the use of force or financial hegemony”.

State Councillor Wang Yi sought clarification and a more nuanced view.  Why see China’s relationship with Australia and Japan as identical to that of the US?  “I don’t think we could know from all being together because for all of those instances, they each have their own set of issues and different positions are involved.”  Were the US to “indiscriminately protest and speak up for those countries just because they are your allies or partners” the development of international relations would be “very difficult”.

Undeterred, Sullivan moved into the register of US exceptionalism, claiming that “a confident country is able to look hard at its own shortcomings and constantly seek to improve.”  Oddly, he called this “the secret sauce of America.”  Taking much of it, he praised the US for its constant reinventions, collaborations and producing “the kind of progress that benefits all of us, and is rooted in a concept of human dignity and human rights that is truly universal that every man, woman, and child in this world aspires to.”  At that point, a bucket should have been passed to the sauce-filled advisor.

The unfortunate consequence of the buttering up of allies and rebuking China is a certain big-headedness, one encouraged by the recent remarks of the White House Indo-Pacific coordinator, Kurt Campbell that “we are not going to leave Australia alone in the field”. Campbell’s reputation in the Australian security establishment is “Mr Asia in Washington,” to use the words of the Lowy Institute’s Michael Fullilove, has caused spells of giddy excitement in Canberra.  He, extols the Sydney Morning Herald, “understands not only Australia’s geopolitical significance but is well-versed in its domestic politics.”

This has caused an outbreak of Australian fawning, with Canberra content that its own bellicose, and self-damaging approach to China, has been sound, justifiable diplomacy.  Trade Minister Dan Tehan, speaking to reporters in Canberra, was prostrate in gratitude.  “I think all Australians should be reassured by the fact that the Americans have come out and they’ve got our back, and they won’t leave us alone on the playing field.”  Foreign Minister Marise Payne was delighted by Campbell’s remarks, which was a “very clear and unequivocal statement of the importance of allies and partners, and is very much acknowledged and appreciated.”

Neither Blinken nor Sullivan seemed acquainted or cared to acknowledge Australia’s own China policies, which featured, as economist Percy Allan ably points out, a range of provocations after signing a free trade and investment agreement with Beijing in 2015.  A few of the seven grounds he mentioned can be cited: the blocking of over 100 Chinese imports by resorting to anti-dumping provisions found inappropriate by the Productivity Commission under WTO rules; the crusade against Huawei and 5G technology; the selective condemnation of Chinese human rights abuses without noting those of other states in the region (Indonesia, Myanmar, Malaysia, Vietnam, Cambodia) including Australia’s own policy towards refugees; and publicly requesting an investigation by the World Health Organisation into the origins of COVID-19 having consulted the Trump administration but not Beijing.

All of this wrangling troubles a few sane voices, including Stan Grant of the Australian Broadcasting Corporation.  “Make no mistake: we are now in a phase of preparation for war.  China is becoming more aggressive in tone and actions, while the US is strengthening its regional alliances.”  And Australia found itself in the “crosshairs of this new great power rivalry” in which Canberra had made a choice.  “We are paying a price with a deteriorating relationship with China and our exporters are suffering.”

Former Australian diplomat Bruce Haigh was less glum, finding the talks refreshingly revealing. “Today, in my opinion, marked a turning point in international relations; China drew a line in the sand, did not bend at the knee nor tug its forelock.”  Its significance remains undigested.