Inside the new Space Alert!

The latest edition of our Global Network newsletter, Space Alert, is now finished and at the printer. 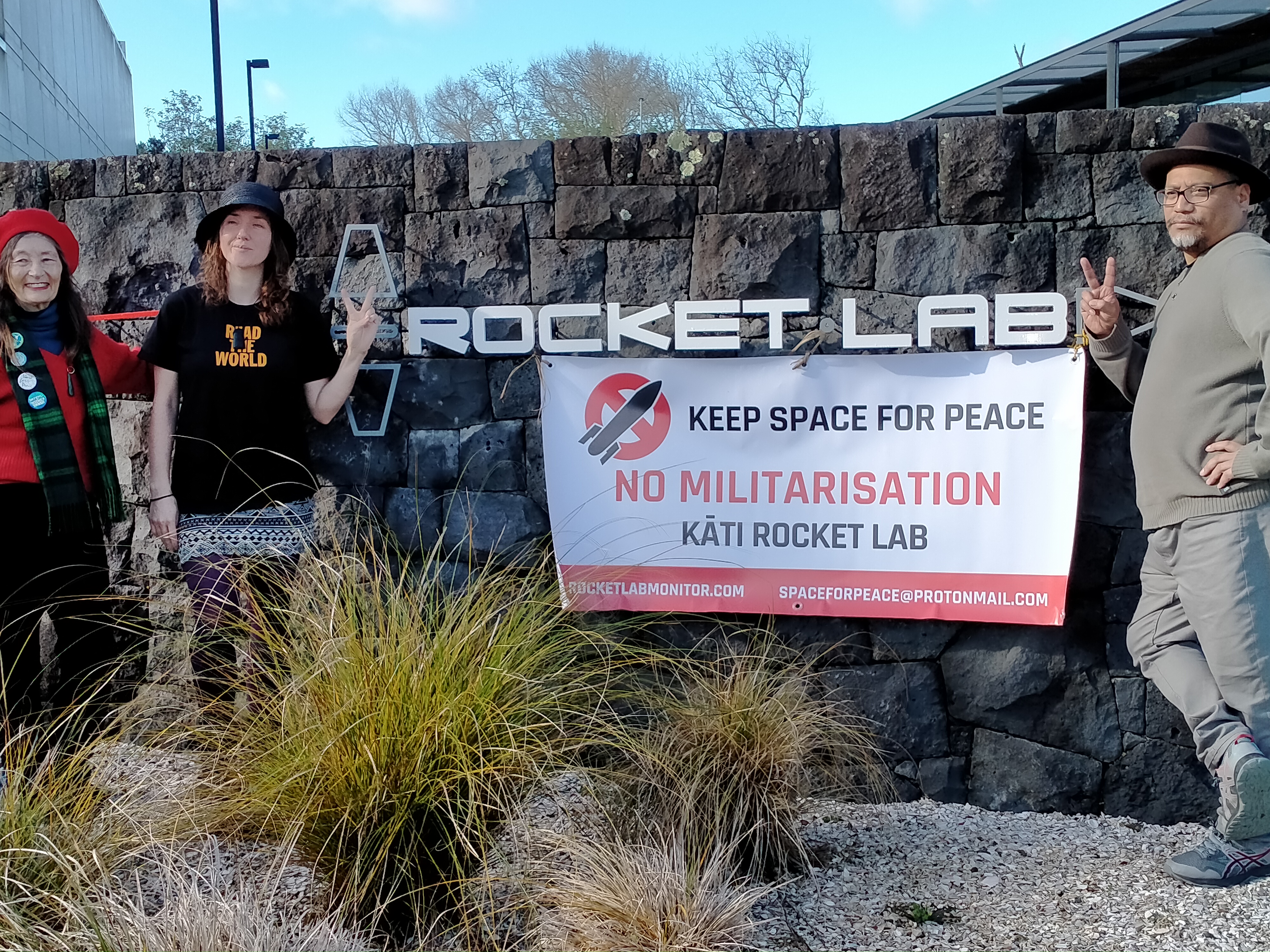 A protest was held at New Zealand’s Rocket Lab in June by a coalition of organizations opposing the militarization of the launch facility there.
Like many other communities around the globe, New Zealanders were promised that Rocket Lab would only do civilian launches. But Lockheed Martin has taken over the facility and offensive military missions are now the standard fare. 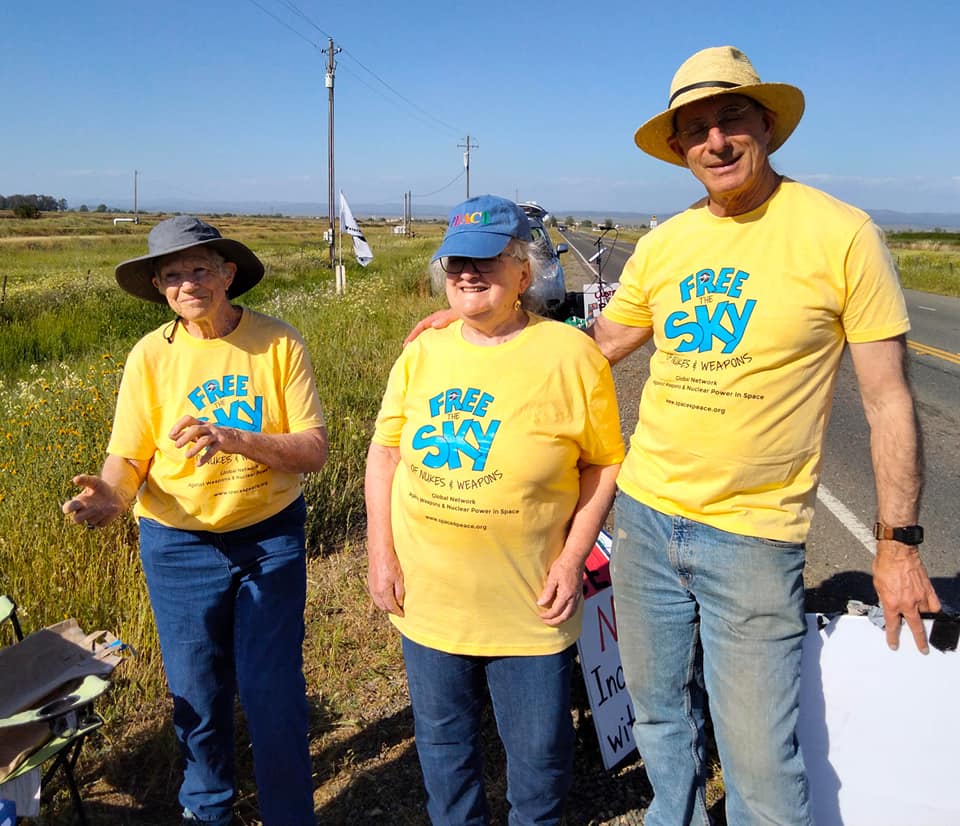 Free the Sky
Activists in northern California wore the new Global Net work T-shirts at one of their regular protests at Beale AFB.

Beale flies spy planes, drones and also has a ‘missile defense’ radar facility on the base.
We’ve got several new colors to pick from. Check the shirts out here.
‘Thank God men cannot fly, and lay waste the sky as well as the earth.’
~ Henry David Thoreau