I4 November 2021 — Institute of Race Relations

As UFFC’s 22nd annual remembrance in memory of all those who have died in police or prison custody took place in London, in Greece, a Roma family are grieving after 18-year-old Nikos Sampanis is shot dead following police pursuit by motorbike squad officers in a working-class district of Athens. At two nights of protest following the killing, police use tear gas and flash grenades to disperse crowds. For more information about this case, as well as further context on rapid response policing that is now the norm in European cities, read our twitter thread.

This week, powerful activism has taken place across Europe, which we highlight in our calendar of racism and resistance. In Poland, 200 Polish mothers support asylum-seekers at the border with Belarus; in the UK, rallies are held across the country in opposition to the Nationality and Borders Bill and a week of action against the hostile environment in healthcare takes place; in Scotland, campaigners protest against holiday giant TUI’s involvement in deportation charter flights. The power of resistance is the subject of our latest article in IRR News by Frances Webber, who looks at two creative initiatives – the 12-foot puppet of Little Amal who has travelled across Europe, as well as an exhibition in Plymouth showcasing Aboriginal artwork. Read Voices of Hope: the power of creative resistance.

And finally, in case you missed it last week, the October issue of Race & Classis now online and available to order. As well as the lead article on ‘Reproductive Racism’ (free to download for the next two weeks) it features a historical piece on the racialisation of a white working class as ‘Redbones’ in relation to their involvement in one of the most explosive labour strikes in Louisiana state history, an article on Israel’s emergence as a surveillance industry hub, as well as a commentary on the racism at the heart of the UK’s cricket culture – extremely timely following revelations of Yorkshire CCC’s treatment of Azeem Rafiq. Order a copy, view the issue online or get simple digital access via Exact Editions. 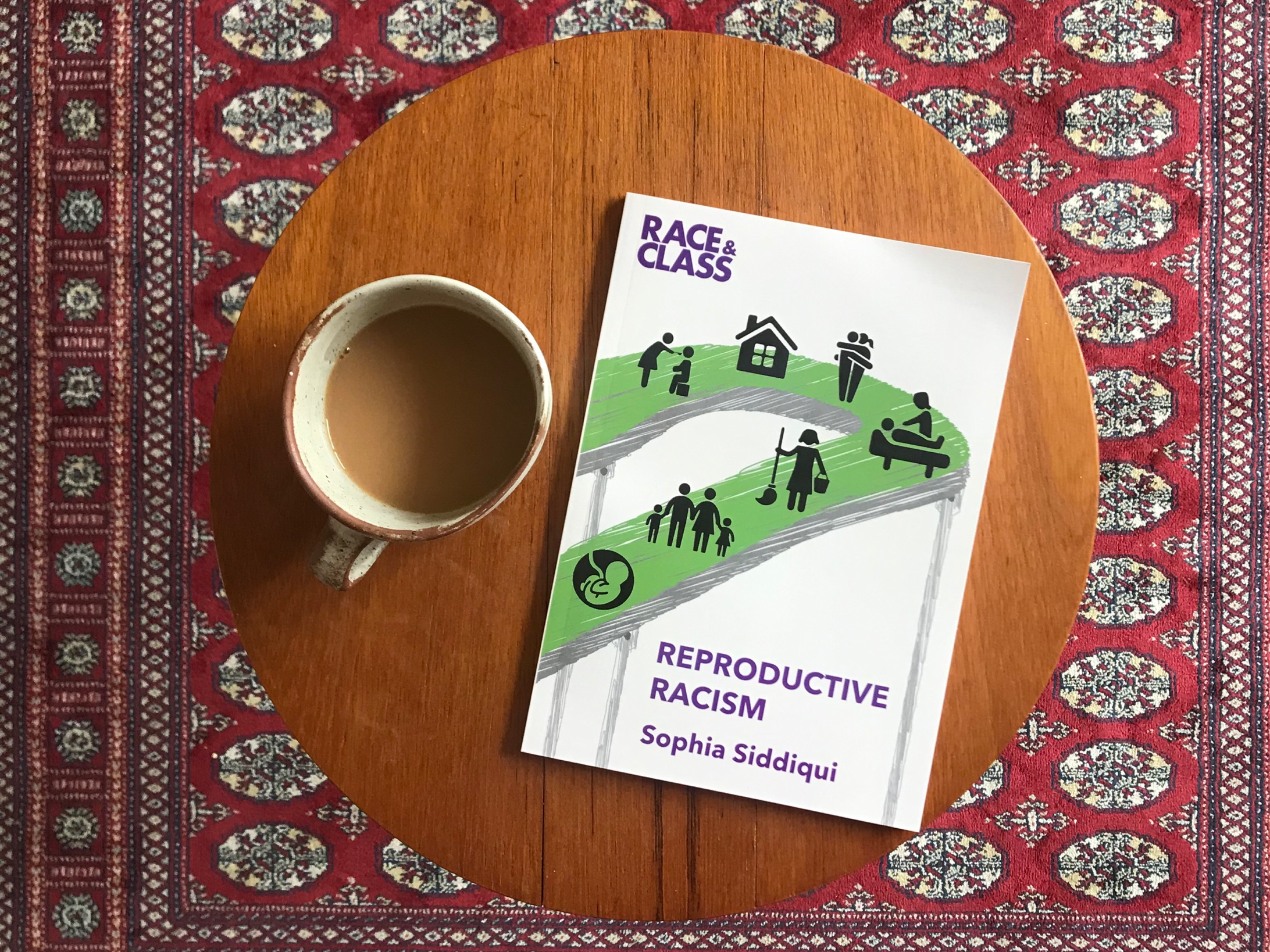 In the lead piece of our October issue, Racing the nation: towards a theory of reproductive racism, Sophia Siddiqui charts new ground showing how reproduction is now a key dividing line in European racism, with global implications. This timely edition also features: 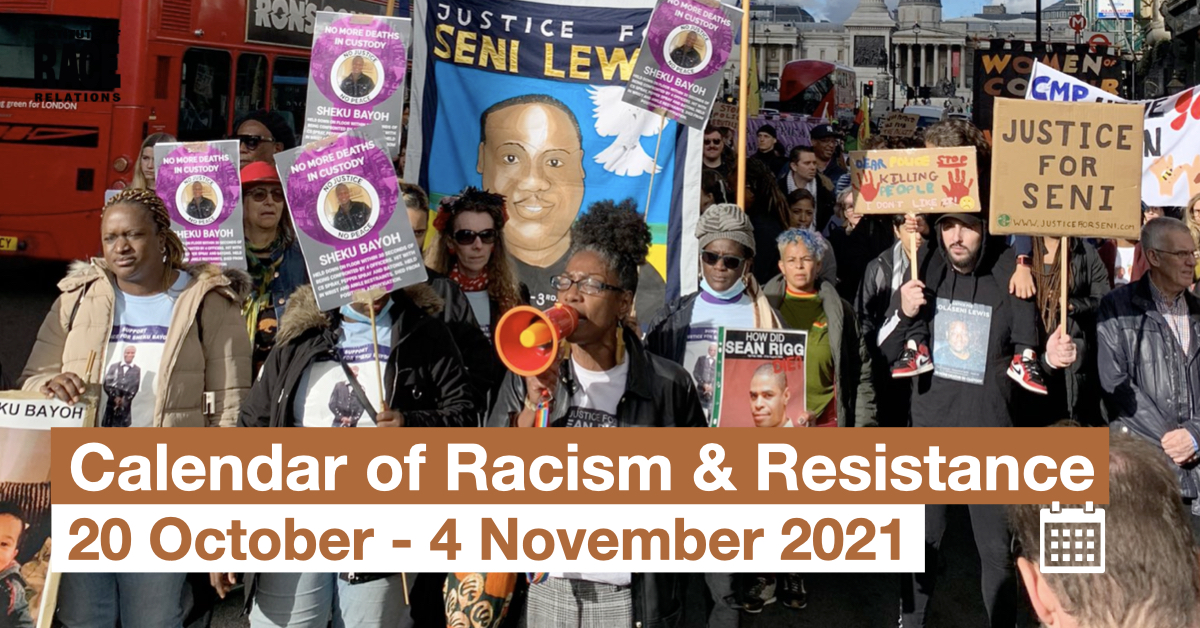 In this week’s calendar, the Elhiblu 3 campaign, supporting three young Africans who fled Libya as teenagers only to be charged in Malta with highjacking a vessel, calls for international support. They face 30 years in jail if convicted. In Poland, the anti-fascist group ‘The 14 Women from the Bridge’ win the exclusive legal right to use the route of the annual Warsaw Independence March, ensuring that a planned nationalist march cannot go along its traditional route. Whilst in Bulgaria, a far-right presidential candidate faces prosecution after an attack on an LGBT+ community centre in Sofia which was ransacked during a trans community gathering. 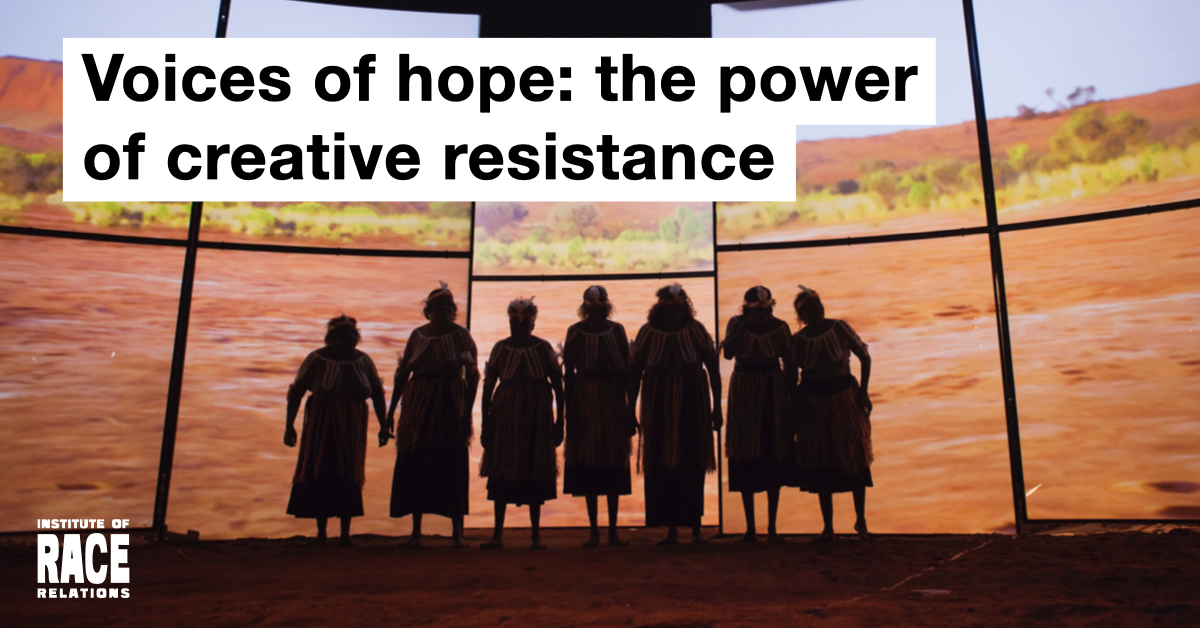 The power of creative resistance
Voices of hope

This article by Frances Webber looks at the impressive Walk With Amalproject from Good Chance Theatre and an exciting new exhibition Plymouth, Songlines: Tracking Seven Sisters – a unique attempt to facilitate a first-hand account of aboriginal culture