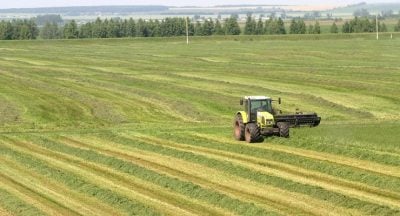 In early 2020, we saw the beginning of the COVID-19 ‘pandemic’. The world went into lockdown and even after lockdowns in various countries had been lifted, restrictions continued. Data now shows that lockdowns seemingly had limited if any positive impacts on the trajectory of COVID-19 and in 2022 the world – especially the poor – is paying an immense price not least in terms of loss of income, loss of livelihoods, the deterioration of mental and physical health, the eradication of civil liberties, disrupted supply chains and shortages.

Research conducted in a German hospital shows that for those who died after SARS-CoV-2 infection the median number of chronic comorbidities was four and ranged from three to eight. Arterial hypertension was the most prevalent chronic condition (65.4%), followed by obesity (38.5%), chronic ischemic heart disease (34.6%), atrial fibrillation (26.9%) and chronic obstructive pulmonary disease (23.1%). Of all patients, 15.4% had diabetes type II and chronic renal failure was noticed in 11.5%. The data suggests severe chronic comorbidities and health conditions in the majority of patients that had died after COVID-19.

The meta-analysis Prevalence of comorbidities in patients and mortality cases affected by SARS-CoV2: a systematic review and meta-analysis (2020) found that hypertension was the most prevalent comorbidity (affecting 32% of patients). Other common comorbidities included diabetes (22%) and heart disease (13%). The odds ratio of death for a patient with a comorbidity compared to one with no comorbidity was 2.4. The higher the prevalence of comorbidities the higher the odds that the COVID-19 patient will need intensive care or will die, especially if the pre-existing disease is hypertension, heart disease or diabetes.

In 2020, just 1,557 people aged 1-64 with no underlying co-morbidities were listed as having died from COVID in England and Wales out of a population of about 59 million. For the tens of thousands who were categorised as dying with COVID, co-morbidities were a major factor. UK data for 2020 shows that for ages 1-64 years, those who died with COVID had on average 1.71 co-morbidities. For those aged 65 and over, the figure is 2.02.

Patients with rare autoimmune rheumatic diseases have a 54% increased risk for COVID-19 infection and more than twice the risk for COVID-19 death, versus the general population, according to data published in the journal Rheumatology (2021).

In the paper ‘COVID-19 in patients with autoimmune diseases: characteristics and outcomes in a multinational network of cohorts across three countries’ (2021), which also appeared in Rheumatology, researchers compared influenza with COVID-19 and concluded that the latter is a more severe disease for people with these conditions, leading to added complications and higher mortality.

Of deaths in England and Wales where COVID-19 is listed, official government data shows the most common pre-existing condition recorded on the death certificate is diabetes (July to September 2021). This was identified in almost a quarter (22.5%) of ‘COVID deaths’.

Emerging data also suggests that obesity is a big risk factor for the progression of major complications such as acute respiratory distress syndrome (ARDS), cytokine storm and coagulopathy in COVID-19.

A paper posted on the Center for Disease Control website provides an overview of factors associated with Covid-19 deaths for a 12-month period. The study, Underlying Medical Conditions and Severe Illness Among 540,667 Adults Hospitalized with COVID-19, March 2020–March 2021, looked at records of hospitalised adults and found that 94.9% had at least one underlying medical condition. The authors conclude that certain underlying conditions and the number of conditions were associated with severe COVID-19 illness. Hypertension and disorders of lipid metabolism were the most frequent, whereas obesity, diabetes with complication and anxiety disorders were the strongest risk factors for severe COVID-19 illness.

Brimahdata concludes that about two thirds of ‘COVID deaths’ were patients who may be regarded as grossly unhealthy.

From the data presented above, it is clear that the vast majority of ‘COVID deaths’ (dying with COVID) are people who has serious, ongoing health conditions, the prevalence of which among the population has been rising year on year for decades and accelerating.

Although hereditary factors are involved, scientists at the Francis Crick Institute in London believe the growing popularity of Western-style diets is a major reason why autoimmune diseases are rising across the world by around 3% to 9% a year.

Professor James Lee from the institute recently told The Observer newspaper that human genetics has not altered over the past few decades, so something is changing in our environment that is increasing predisposition to autoimmune disease. His research team found that Western-style diets based on processed ingredients and with a lack of fresh vegetables can trigger autoimmune diseases.

Lee says that numbers of autoimmune cases began to increase about 40 years ago in the Western countries but are now also emerging in countries that never had such diseases before. These diseases include rheumatoid arthritis, type 1 diabetes, celiac disease, lupus, inflammatory bowel disease and multiple sclerosis.

It is estimated that approximately four million people in the UK have an autoimmune disease.

A Western-style diet is characterised by highly processed and refined foods with high contents of sugars, salt, and fat and protein from red meat. It is a major contributor to metabolic disturbances and the development of obesity-related diseases, including type 2 diabetes, hypertension and cardiovascular disease – the top comorbidities where ‘COVID deaths’ are concerned.

But it goes beyond that because a lot of the health-related problems we see can also be traced back to modern farming methods and how food is cultivated, not least the toxic agrochemicals used. Michael McCarthy, writer and naturalist, says that three generations of industrialised farming with a vast tide of poisons pouring over the land year after year after year since the end of the Second World War is the true price of pesticide-based agriculture, which society has for so long blithely accepted.

The gut microbiome can contain up to six pounds of bacteria and agrochemicals and poor diets are disturbing this ‘human soil’. Many important neurotransmitters are located in the gut. Aside from affecting the functioning of major organs, these transmitters affect our moods and thinking.

Findings published in the journal ‘Translational Psychiatry’ provide strong evidence that gut bacteria can have a direct physical impact on the brain. Alterations in the composition of the gut microbiome have been implicated in a wide range of neurological and psychiatric conditions, including autism, chronic pain, depression and Parkinson’s Disease. Gut bacteria are also important for cognitive development in adolescence.

Changes to the gut microbiome are also linked to obesity. Increasing levels of obesity are associated with low bacterial richness in the gut. Indeed, it has been noted that tribes not exposed to the modern food system have richer microbiomes. Environmental campaigner Rosemary Mason lays the blame squarely at the door of agrochemicals, not least the use of the world’s most widely used herbicide, glyphosate.

Mason has written to the two professors from the Francis Crick Institute mentioned above, making it clear to them that it would be remiss to ignore the role pesticides play when it comes to the worrying rates of disease we now see. She brings their attention to concerning levels of glyphosate in certain cereals in the UK.

Based on an analysis of these cereals, Dr John Fagan, director of Health Research Laboratories, has concluded:

“The levels consumed in a single daily helping of any one of these cereals… is sufficient to put the person’s glyphosate levels above the levels that cause fatty liver disease in rats (and likely in people).”

Mason also refers the two academics to the paper Genetically engineered crops, glyphosate and the deterioration of health in the United States of America in Journal of Organic Systems (2014).

“The herbicide glyphosate was introduced in 1974 and its use is accelerating with the advent of herbicide-tolerant genetically engineered (GE) crops. Evidence is mounting that glyphosate interferes with many metabolic processes in plants and animals and glyphosate residues have been detected in both. Glyphosate disrupts the endocrine system and the balance of gut bacteria, it damages DNA and is a driver of mutations that lead to cancer.”

The researchers searched US government databases for GE crop data, glyphosate application data and disease epidemiological data. Correlation analyses were then performed on a total of 22 diseases in these time-series data sets. The Pearson correlation coefficients were highly significant between glyphosate applications and a wide range of diseases, including hypertension, stroke, diabetes prevalence, diabetes incidence, obesity, Alzheimer’s, senile dementia, Parkinson’s, multiple sclerosis, inflammatory bowel disease, intestinal infections, end stage renal disease, acute kidney failure and various cancers. The Pearson correlation coefficients were also highly significant between the percentage of GE corn and soy planted in the US and most of the conditions listed above.

In 2017, the UN Special Rapporteur on human rights and hazardous substances and wastes, Baskut Tuncak, said:

“Paediatricians have referred to childhood exposure to pesticides as creating a ‘silent pandemic’ of disease and disability. Exposure in pregnancy and childhood is linked to birth defects, diabetes and cancer. Because a child’s developing body is more sensitive to exposure than adults and takes in more of everything – relative to their size, children eat, breathe and drink much more than adults – they are particularly vulnerable to these toxic chemicals.”

Consider that little is being done to address the food-related public health crisis which, according to the data on co-morbidities, seems to be a major contribution to increased risk where COVID is concerned. Then consider that governments are going all out to vaccinate children for a virus that poses minimal or virtually no risk to them. There is no logic to this approach.

While there is currently much talk of the coronavirus placing immense strain on the NHS, the health service was already creaking due to spiralling rates of disease linked to the food we eat. But do we see a clampdown on the activities or products of the global agrochemical or the food conglomerates? Instead, we see that successive governments in the UK have worked hand in glove with them to ensure ‘business as usual’.

The UK government is going out of its way under the guise of a health crisis to undermine the public’s rights in order to manage risk and to ‘protect’ the NHS but is all too willing to oversee a massive, ongoing health crisis caused by the chemical pollution of our bodies.

The unvaccinated are being cast as irresponsible or much worse if we listen to the recent reprehensible outbursts from leaders like Macron or Trudeau for having genuine concerns about vaccine safety, waning efficacy and the logic behind mass vaccination across all ages and risk groups.

Given that underlying health conditions substantially increase risk where COVID-19 is concerned, it is clear where the real irresponsibility lies – with government inaction for decades in terms of failing to tackle the corporations behind the health-damaging food they produce.

Renowned author Colin Todhunter specialises in development, food and agriculture. He is a Research Associate of the Centre for Research on Globalization (CRG) in Montreal.