Bear baiting was long ago banned as inhumane. Yet today, a version is being practiced every day against whole nations on a gigantic international scale.

In the time of the first Queen Elizabeth, British royal circles enjoyed watching fierce dogs torment a captive bear for the fun of it.  The bear had done no harm to anyone, but the dogs were trained to provoke the imprisoned beast and goad it into fighting back.  Blood flowing from the excited animals delighted the spectators.

This cruel practice has long since been banned as inhumane.

And yet today, a version of bear baiting is being practiced every day against whole nations on a gigantic international scale.  It is called United States foreign policy. It has become the regular practice of the absurd international sports club called NATO.

United States leaders, secure in their arrogance as “the indispensable nation,” have no more respect for other countries than the Elizabethans had for the animals they tormented. The list is long of targets of U.S. bear baiting, but Russia stands out as prime example of constant harassment.  And this is no accident.  The baiting is deliberately and elaborately planned.

As evidence, I call attention to a 2019 report by the RAND corporation to the U.S. Army chief of staff entitled “Extending Russia.” Actually, the RAND study itself is fairly cautious in its recommendations and warns that many perfidious tricks might not work.  However, I consider the very existence of this report scandalous, not so much for its content as for the fact that this is what the Pentagon pays its top intellectuals to do: figure out ways to lure other nations into troubles U.S. leaders hope to exploit.

The official U.S. line is that the Kremlin threatens Europe by its aggressive expansionism, but when the strategists talk among themselves the story is very different.  Their goal is to use sanctions, propaganda and other measures to provokeRussia into taking the very sort of negative measures (“over-extension”) that the U.S. can exploit to Russia’s detriment.

The RAND study explains its goals:

“We examine a range of nonviolent measures that could exploit Russia’s actual vulnerabilities and anxieties as a way of stressing Russia’s military and economy and the regime’s political standing at home and abroad. The steps we examine would not have either defense or deterrence as their prime purpose, although they might contribute to both. Rather, these steps are conceived of as elements in a campaign designed to unbalance the adversary, leading Russia to compete in domains or regions where the United States has a competitive advantage, and causing Russia to overextend itself militarily or economically or causing the regime to lose domestic and/or international prestige and influence.”

Clearly, in U.S. ruling circles, this is considered “normal” behavior, just as teasing is normal behavior for the schoolyard bully, and sting operations are normal for corrupt FBI agents.

This description perfectly fits U.S. operations in Ukraine, intended to “exploit Russia’s vulnerabilities and anxieties” by advancing a hostile military alliance onto its doorstep, while describing Russia’s totally predictable reactions as gratuitous aggression.  Diplomacy involves understanding the position of the other party.  But verbal bear baiting requires total refusal to understand the other, and constant deliberate misinterpretation of whatever the other party says or does.

What is truly diabolical is that, while constantly accusing the Russian bear of plotting to expand, the whole policy is directed at goading it into expanding!  Because then we can issue punishing sanctions, raise the Pentagon budget a few notches higher and tighten the NATO Protection Racket noose tighter around our precious European “allies.”

For a generation, Russian leaders have made extraordinary efforts to build a peaceful partnership with “the West,” institutionalized as the European Union and above all, NATO. They truly believed that the end of the artificial Cold War could produce a peace-loving European neighborhood. But arrogant United States leaders, despite contrary advice from their best experts, rejected treating Russia as the great nation it is, and preferred to treat it as the harassed bear in a circus.

The expansion of NATO was a form of bear-baiting, the clear way to transform a potential friend into an enemy. That was the way chosen by former U.S. President Bill Clinton and following administrations.  Moscow had accepted the independence of former members of the Soviet Union.  Bear-baiting involved constantly accusing Moscow of plotting to take them back by force. 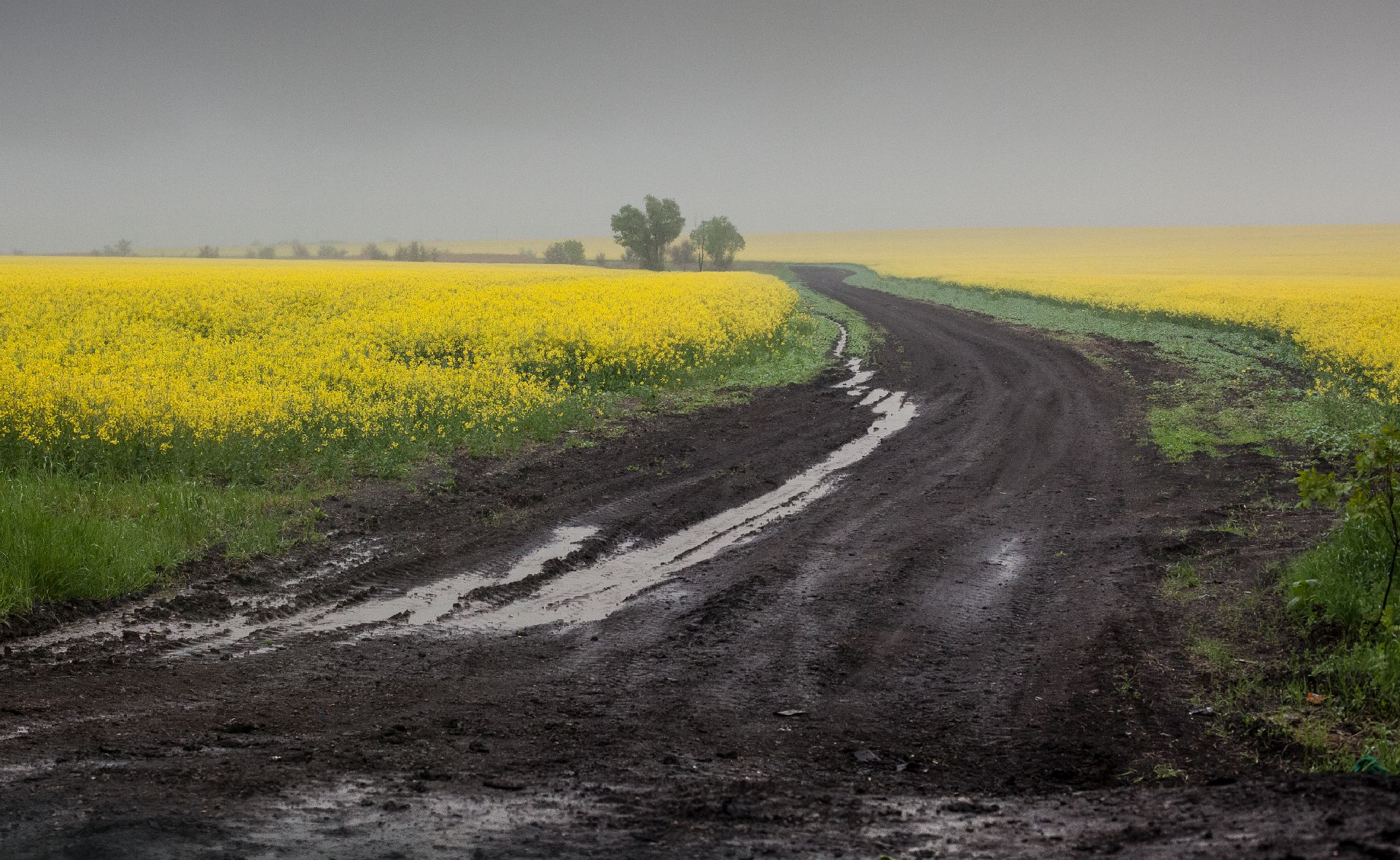 Ukraine is a word meaning borderlands, essentially the borderlands between Russia and the territories to the West that were sometimes part of Poland, or Lithuania, or Habsburg lands.  As a part of the U.S.S.R., Ukraine was expanded to include large swaths of both.  History had created very contrasting identities on the two extremities, with the result that the independent nation of Ukraine, which came into existence only in 1991, was deeply divided from the start.  And from the start, Washington strategies, in cahoots with a large, hyperactive anti-communist anti-Russian diaspora in the U.S. and Canada, contrived to use the bitterness of Ukraine’s divisions to weaken first the U.S.S.R. and then Russia.  Billions of dollars were invested in order to “strengthen democracy” – meaning the pro-Western west of Ukraine against its semi-Russian east.

The 2014 U.S.-backed coup that overthrew President Viktor Yukanovych, solidly supported by the east of the country, brought to power pro-West forces determined to bring Ukraine into NATO, whose designation of Russia as prime enemy had become ever more blatant. This caused the prospect of an eventual NATO capture of Russia’s major naval base at Sebastopol, on the Crimean peninsula.

Since the Crimean population had never wanted to be part of Ukraine, the peril was averted by organizing a referendum in which an overwhelming majority of Crimeans voted to return to Russia, from which they had been severed by an autocratic Khrushchev ruling in 1954.  Western propagandists relentlessly denounced this act of self-determination as a “Russian invasion” foreshadowing a program of Russian military conquest of its Western neighbors – a fantasy supported by neither facts nor motivation.

Appalled by the coup overthrowing the president they had voted for, by nationalists threatening to outlaw the Russian language they spoke, the people of the eastern provinces of Donetsk and Lugansk declared their independence. 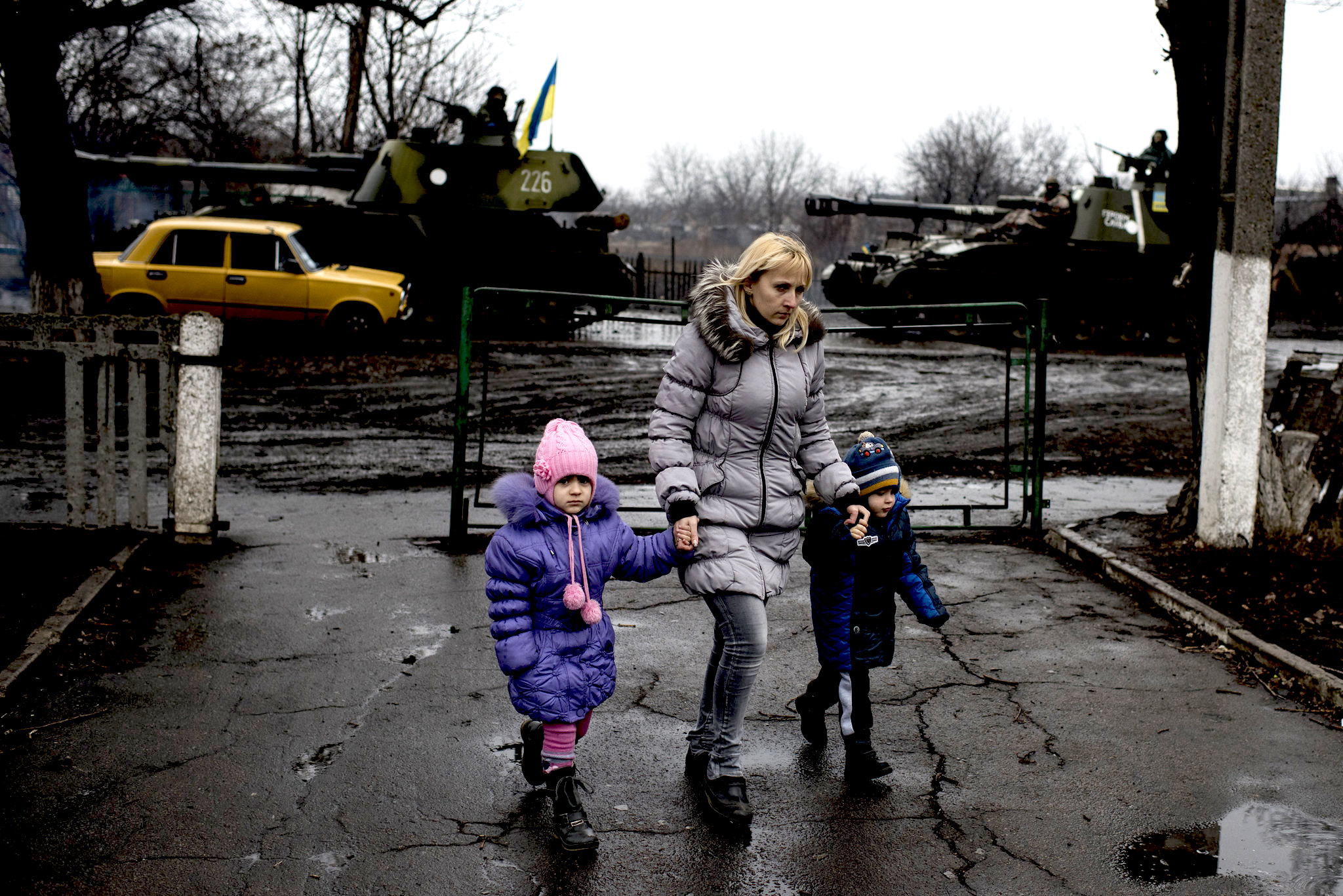 Russia did not support this move, but instead supported the Minsk agreement, signed in February 2015 and endorsed by a UN Security Council resolution. The gist of the accord was to preserve the territorial integrity of Ukraine by a federalization process that would return the breakaway republics in return for their local autonomy.

The Minsk agreement set out a few steps to end the internal Ukrainian crisis. First, Ukraine was supposed to immediately adopt a law granting self-government to eastern regions (in March 2015). Next, Kiev would negotiate with eastern territories over guidelines for local elections to be held that year under OSCE supervision.  Then Kiev would implement a constitutional reform guaranteeing eastern right. After the elections, Kiev would take full control of Donetsk and Lugansk, including border with Russia.  A general amnesty would cover soldiers on both sides.

However, although it signed the agreement, Kiev has never implemented any of these points and refuses to negotiate with the eastern rebels.  Under the so-called Normandy agreement, France and Germany were expected to put pressure on Kiev to accept this peaceful settlement, but nothing happened. Instead, the West has accused Russia of failing to implement the agreement, which makes no sense inasmuch as the obligations to implement fall on Kiev, not on Moscow.  Kiev officials regularly reiterate their refusal to negotiate with the rebels, while demanding more and more weaponry from NATO powers in order to deal with the problem in their own way.

Meanwhile, major parties in the Russian Duma and public opinion have long expressed concern for the Russian-speaking population of the eastern provinces, suffering from privations and military attack from the central government for eight years. This concern is naturally interpreted in the West as a remake of Hitler’s drive to conquest neighboring countries.  However, as usual the inevitable Hitler analogy is baseless. For one thing, Russia is too large to need to conquer Lebensraum.

You Want an Enemy?  Now You’ve Got One

Germany has found the perfect formula for Western relations with Russia: Are you or are you not a “Putinversteher,” a “Putin understander?” By Putin they mean Russia, since the standard Western propaganda ploy is to personify the targeted country with the name of its president, Vladimir Putin, necessarily a dictatorial autocrat.   If you “understand” Putin, or Russia, then you are under deep suspicion of disloyalty to the West.  So, all together now, let us make sure that we DO NOT UNDERSTAND Russia!

Russian leaders claim to feel threatened by members of a huge hostile alliance, holding regular military manoeuvers on their doorstep?  They feel uneasy about nuclear missiles aimed at their territory from nearby NATO member states?  Why, that’s just paranoia, or a sign of sly, aggressive intentions.  There is nothing to understand.

So, the West has treated Russia like a baited bear.  And what it’s getting is a nuclear-armed, militarily powerful adversary nation led by people vastly more thoughtful and intelligent than the mediocre politicians in office in Washington, London and a few other places.

U.S. President Joe Biden and his Deep State never wanted a peaceful solution in Ukraine, because troubled Ukraine acts as a permanent barrier between Russia and Western Europe, ensuring U.S. control over the latter.  They have spent years treating Russia as an adversary, and Russia is now drawing the inevitable conclusion that the West will accept it only as an adversary.  The patience is at an end. And this is a game changer.

First reaction: the West will punish the bear with sanctions!  Germany is stopping certification of the Nordstream 2 natural gas pipeline.  Germany thus refuses to buy the Russian gas it needs in order to make sure Russia won’t be able to cut off the gas it needs sometime in the future.  Now that’s a clever trick, isn’t it!  And meanwhile, with a growing gas shortage and rising prices, Russia will have no trouble selling its gas somewhere else in Asia.

Diana Johnstone was press secretary of the Green Group in the European Parliament from 1989 to 1996. In her latest book, Circle in the Darkness: Memoirs of a World Watcher (Clarity Press, 2020), she recounts key episodes in the transformation of the German Green Party from a peace to a war party. Her other books include Fools’ Crusade: Yugoslavia, NATO and Western Delusions (Pluto/Monthly Review) and in co-authorship with her father, Paul H. Johnstone, From MAD to Madness: Inside Pentagon Nuclear War Planning (Clarity Press). She can be reached at diana.johnstone@wanadoo.fr

One thought on “DIANA JOHNSTONE: US Foreign Policy Is a Cruel Sport”