Eric Adams’ Black on Black Crime
The mass incarceration state was built to lock up as many Black people as possible and discussion of even modest reforms is shut down. Such was the case in New York where the mayor and police commissioner smeared Manhattan’s district attorney, forcing him to backtrack on his campaign promise of reducing the number of prison sentences. The Black face rises to the high place because of adherence to white supremacist ideology.

SPEECH: (Re)Centring African Epistemologies: An Intellectual Journey, Oyèrónkẹ́ Oyěwùmí, 2021.
Nigerian scholar Oyèrónkẹ́ Oyěwùmí’s speech upon acceptance of the African Studies Association’s Distinguished Africanist Award offers an important reminder of the role of racist and sexist hierarchy in the organization of knowledge of Africa.

END_OF_DOCUMENT_TOKEN_TO_BE_REPLACED

The reality that the Amnesty report has brought forward opens doors to a much more aggressive anti-apartheid campaign than we have seen so far.

LONDON – The Amnesty International report about Israel’s apartheid system states that, since its founding in 1948, Israel has in fact constituted a “cruel system of domination and crime against humanity.” It further states:

END_OF_DOCUMENT_TOKEN_TO_BE_REPLACED

Let me start this post by quoting Noah Smith, liberal economist and Bloomberg journalist from his blog on Modern Monetary Theory (MMT): “The New York Times (NYT) just came out with a big glowing writeup of MMT, entitled “Time for a Victory Lap*”. This article aroused the anger of just about every macroeconomist on Twitter, and with good reason — it demonstrates very little understanding of the issues at play or the state of the policy debate, and it rhetorically elevates a fringe ideology to a position of importance and centrality that it neither occupies nor deserves.  The NYT article on MMT, written by Jeanna Smialek, is mostly a puff piece about Stephanie Kelton, MMT’s most well-known proponent. In glowing tones, it describes Kelton’s clothes, her office, her house, her neighborhood, her blog, her manner of speaking, her personal story, and so on, calling her “the star architect of a movement that is on something of a victory lap”. Very little is written about the background of the macroeconomic policy debate, and what does appear is highly questionable.”

END_OF_DOCUMENT_TOKEN_TO_BE_REPLACED 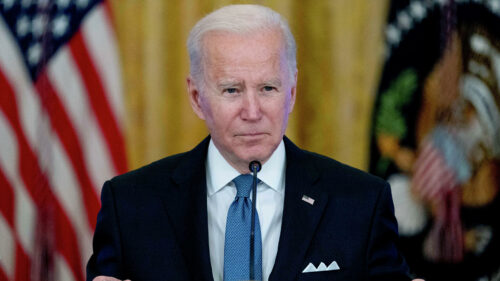 US President Joe Biden accused Russian leader Vladimir Putin of “wanting things he cannot get”. He was referring to Moscow’s security demands in Europe with regard to the US-led NATO military alliance.

Looks like the man in the White House is inadvertently doing a bit of self-projection. It’s Biden who seems to want things that he can’t get.

END_OF_DOCUMENT_TOKEN_TO_BE_REPLACED

Why Would Washington Assist the Afghan Taliban?
https://journal-neo.org/2022/02/11/why-would-washington-assist-the-afghan-taliban/

END_OF_DOCUMENT_TOKEN_TO_BE_REPLACED

Sunday’s general election in Portugal was triggered last October by the decision of the anti-capitalist Bloco Esquerda (Left Bloc) and the Portuguese Communist party to vote down the proposed budget of Antonio Costa’s Socialist Party government. The left was opposed to the creeping privatisation and lack of resources allocated to the SNS – the national health service – and the failure to increase sufficiently the national minimum wage.

END_OF_DOCUMENT_TOKEN_TO_BE_REPLACED

After meeting in Beijing, China’s Xi Jinping and Russia’s Vladimir Putin released a joint statement clarifying the ideological divisions of the new cold war: Eurasian calls for multipolarity, cooperation, sovereignty, and “redistribution of power in the world” against US unipolar hegemony and interventionism.

END_OF_DOCUMENT_TOKEN_TO_BE_REPLACED

Americans use the slang “lockstep” recalling a characteristic trait of their prisons of the 19th century when inmates had to shuffle step due to the chain that linked their legs. But the US President Joe Biden used that powerful evocative metaphor to convey on Monday that his country and Germany are aligned on fighting any Russian aggression in Ukraine.