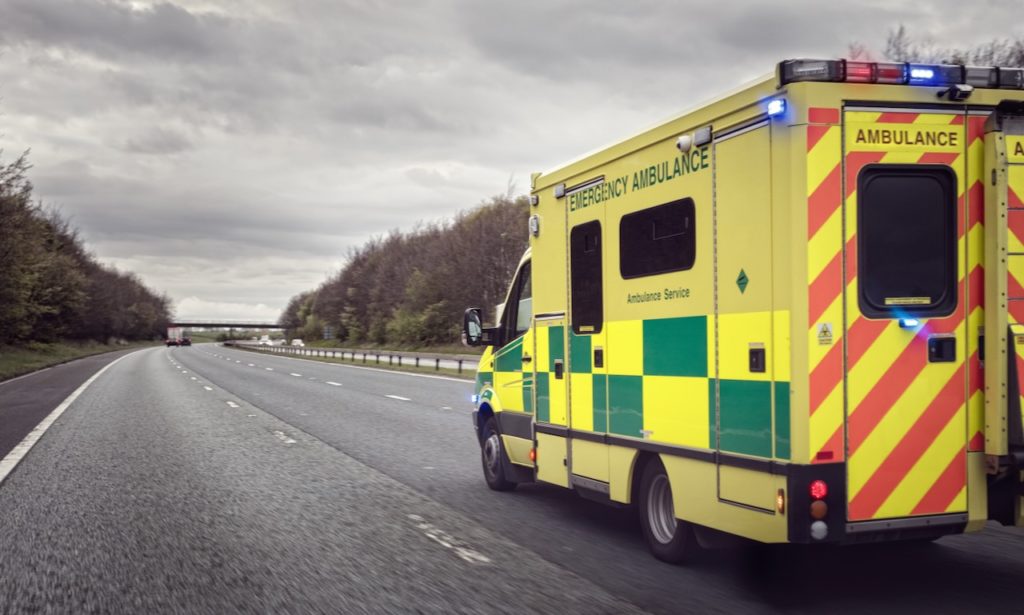 The disappointment from Covidean doom-mongers about the recent – and entirely expected – downtick in cases of respiratory disease has been palpable, presumably because this has happened without recourse to ‘clever’ public health interventions.

However, the news isn’t good: in fact it is bad, and sad. Far too many people are dying. Excess deaths – i.e. above-normal mortality – has been far too prevalent recently, to the extent it has been reported on by the likes of The Week, The Daily Telegraph and The Spectator, matching a phenomenon that is being observed in many other countries, e.g. the Netherlands, the EU and the USA.

Elevated levels of mortality will not come as a surprise to those who were opposed – from the start – to the ridiculous notion of shutting down the nation in toto to somehow interfere with an already naturally abating viral epidemic.  Such a catastrophic disruption was clearly going to cause terrible collateral harm.

But how is this self-inflicted wound manifesting itself? This is not morbid curiosity (except in the most literal sense): establishing more detailed cause and effect would be helpful to avoid exacerbating an already bad situation.

There are numerous problems with analyses based on measuring Covid prevalence – be that of ‘cases’, hospitalisation or mortality – as it is very hard to know what has been measured.  The difficulties are only exacerbated when the Office for National Statistics (ONS) cannot get its own numbers to match those of the National Immunisation Management Service (NIMS), and when the UK Health Security Agency (UKHSA, formerly Public Health England) stops sharing data that no longer favours their preferred narrative, such as when rates of Covid were higher in those who had received Covid jabs.  This is immensely frustrating, especially when these same organisations put out didactic missives that include dogmatic – and banal – two word statements such as “Vaccines work”, as per a November 2021 blog post by Mary Ramsay, Head of Immunisation at UKHSA.  Notwithstanding that there is little evidence that they do actually “work”, even if, by the use of some bizarrely twisted definition of that term they could be shown to “work” the question should be: at what cost?

Certain people do get access to UKHSA data, however, and some of this occasionally does find its way into the public domain.  An example is a recent pre-print (currently undergoing peer review) entitled ‘Effectiveness of COVID-19 vaccines against Omicron and Delta hospitalisation: test negative case-control study’. The study authors include Ms Ramsay as well as others from the UKHSA, London School of Hygiene & Tropical Medicine and Imperial College. The aim, presumably, is to bang the drum in support of aforementioned dogma by publishing papers for peer review, requiring a little more raw data to be released into the wild than one imagines the data-keepers at the UKHSA are fully comfortable with.

What is a test negative case-control (TNCC) study? A TNCC study takestake all people who come forward for testing with symptoms and compares them based on their test result. The control group are those who test negative. The proportion of those testing positive who are vaccinated can be compared to the proportion among those testing negative — problems with bias around who comes to be tested should be excluded this way.

TNCC studies are cheaper than randomised control or prospective matched cohort studies and can – if care is taken to avoid selection bias and confounding factors – be helpful tools to study the effectiveness of a pharmaceutical intervention. This is critical to ensure that real-world performance matches claimed clinical efficacy:

Monitoring of VE to confirm continued effectiveness is an essential component of vaccination programmes. For reasons of ethics and logistics, observational studies rather than randomized trials are typically used to monitor VE post-licensure.

So what does the UKHSA pre-print tell us? The authors acknowledge that VE has waned against Omicron, but enthusiastically note that VE rates remain (albeit temporarily) high for “15+ weeks after the booster”… so on with the show? GPs wishing to sign up for the booster programme (slated to start on 1 September 2022) are already being asked to come forward. Case closed?

It is a measure of how far the goalposts have shifted that such an underwhelming conclusion can even be passed off as good news à la “two jabs good; three four jabs better”. One imagines that even Squealer would have stumbled over this one.

Yet the UKHSA pre-print is worthy of further study. The authors have provided quite detailed supplementary material allowing their workings to be cross-checked, and analysis by others has thrown up some major matters of concern. For example, Table S12 of the supplementary paper shows that VE for preventing hospitalisation for vaccinated over 65s is a somewhat favourable 90%… but seems to indicate (by comparing injection status to the NIMS database) that those who have received at least one Covid injection are being admitted to A&E (for non-covid reasons) at a rate of five times more than those who have not:

This rather shocking statement needs to be treated with caution – after all, the UKHSA has not exactly got a stellar record for accuracy when it comes to reporting critical statistics. But if (as we suspect and a BBC poll suggested) NIMS is underestimating the overall number of people that have not had the injection, it would exacerbate the comparison, in which case the ratio between vaccinated and unvaccinated A&E admission rates could be even more stark.

Whichever way one looks at it, this is a somewhat unexpected conclusion to draw from the supplementary data – you would get no hint of this from just reading the abstract and authors’ conclusion. A primary takeaway is that – as per the warnings given about TNCC studies – one should be cautious about any of the findings in this paper, which are most certainly not as unequivocally supportive of the vaccine programme as the authors make out. If you put garbage in, you are likely to get garbage out. This is more eloquently articulated in the TNCC review paper referenced above:

Are we interested in knowing by how much this vaccine will reduce the burden of the clinical disease of interest? Or are we interested in estimating the effectiveness of the vaccine only with respect to the pathogens it specifically targets[?] From a programmatic, policy and public health perspective the former argument is perhaps more relevant.

It is hard to disagree. Looking at the big picture, is the UKHSA looking to score technical ‘wins’ over Covid, or is it attempting to ascertain whether the population as a whole is healthier?

The data presented by UKHSA in this paper is therefore not adequate to enable anyone to draw any firm conclusions on these matters. Let us hope that the peer review process results in both the paper, its authors and the UKHSA being subjected to some rigorous scrutiny. However, the data presented is a red flag and requires further investigation. Why is it not possible for government authorities such as the ONS and UKHSA to release more raw data such that people can make their own informed decisions?

So back to where we started out – why are so many people dying? As in many other countries, the authorities are hampering efforts to get to the bottom of the issue by being coy about the release of Covid-related mortality data.

The UKHSA pre-print does not tell us what is going on, but offers a tantalising clue based on data that has been curated by the authorities. A major issue is that this clue points in a direction that goes counter to established UKHSA dogma, thus pitting science against belief… and not just any old belief, but a core sacrament of the state-sanctioned and established religion.

How long will these sacred cows remain sacrosanct? It may require more heretics to speak out and challenge the existing dominant orthodoxy.