The names of 50 firms given a fast-track ‘VIP lane’ route to securing lucrative Test and Trace contracts have at last been revealed, following our longstanding Freedom of Information battle with the Government.

END_OF_DOCUMENT_TOKEN_TO_BE_REPLACED 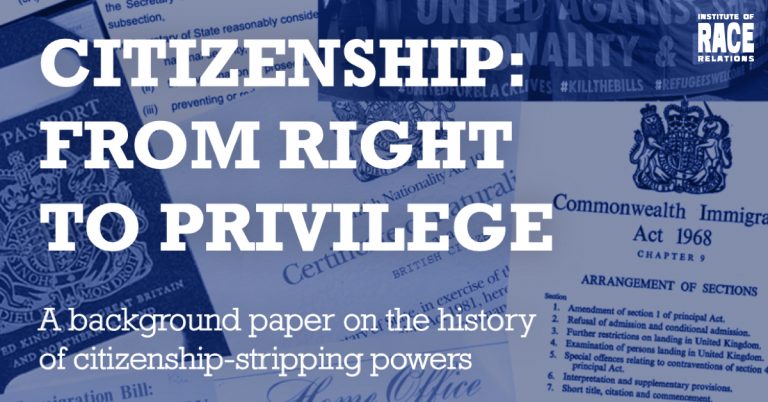 Our newly released report by Frances Webber shows how citizenship-stripping powers introduced since 2002 have enshrined a ‘second-class citizenship’ in the UK, mainly affecting British Muslims.

Citizenship: from right to privilege examines the history of nationality and citizenship legislation since the ‘East African Asians’ scandal of 1968, explaining how both Labour and Conservative governments have given ministers successively wider powers to remove citizenship from those with access to another citizenship – and how the targets are almost exclusively British Muslims of south Asian heritage.

A typical U.S. attack on a foreign country begins with a swarm of cruise missiles which will disable the countries basic infrastructure. The U.S. attack on Iraq and other countries demonstrated that electricity and water supply will be gone in first days of a U.S. waged war.