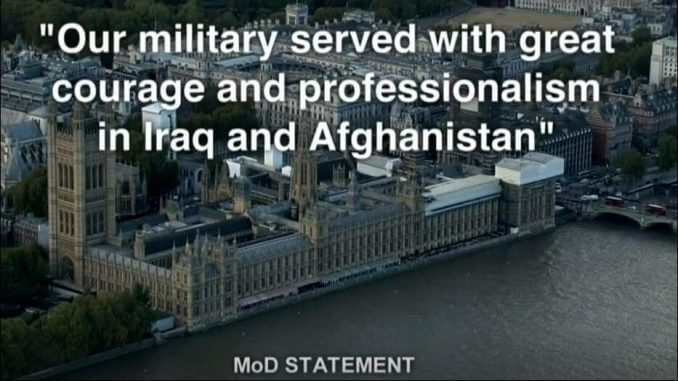 On August 1, a rare in-depth investigative piece appeared on the BBC News website based on credible and serious allegations that UK Special Forces had executed unarmed civilians in Afghanistan. The BBC article was produced in tandem with a report, ‘”Rogue SAS Afghanistan execution squad” exposed by email trail’, published by the Sunday Times.

END_OF_DOCUMENT_TOKEN_TO_BE_REPLACED

Any time you see the White Helmets in the news these days, it’s probably going to be for all the wrong reasons. This latest bombshell is no exception.

END_OF_DOCUMENT_TOKEN_TO_BE_REPLACED

One of the great Freudian slips of our time was supplied by a Fox News anchor on March 24, 1999, as Nato was preparing to wage war on Yugoslavia:

A near-perfect example of this industry-wide perceptual bias has been supplied this year by BBC diplomatic editor, Mark Urban.

END_OF_DOCUMENT_TOKEN_TO_BE_REPLACED

Yesterday, the Israeli newspaper Ha’aretz reported that journalists and experts are bullshitters, nearly to the last one.

END_OF_DOCUMENT_TOKEN_TO_BE_REPLACED

On April 15, we wrote to Mark Urban, the Diplomatic Editor of the BBC‘s Newsnight programme. Urban was formerly defence correspondent at the Independent. He served in the British Army, for nine months as a regular officer and four years in the Territorials. He has hosted a series of virtual reality war games on the BBC, Time Commanders, re-enacting key battles. He is also the author of several books:

Hope you’re well. In your latest War And Peace blog, you write:

“In this Mesopotamian prescription of a plague on all their houses we must not forget though the opponents of the war back home as well. For while many may feel vindicated by what subsequently happened, it was their hand wringing and magnification of every set back or mis-step that played a key role in undermining the political will to achieve more in southern Iraq.”
(www.bbc.co.uk/blogs/newsnight/markurban/2009/04/the_price_of_division.html)

You have misunderstood the whole basis of the anti-war protest. The argument is that the invasion was illegal, in fact a classic example of the supreme war crime – the waging of a war of aggression. The Nuremberg trials were clear that it makes not a jot of difference whether such criminality has positive outcomes – the waging of aggressive war is illegal.

END_OF_DOCUMENT_TOKEN_TO_BE_REPLACED

I don’t know how many readers follow the exchanges between the BBC and other mainstream media outlets and Medialens (there are number of them archived here in the Media section of the site but please do pay a visit to their site). There’s no doubt that ML perform a valuable service by deconstructing the language used by the MSM in their coverage of events. You can argue with their political position but what you cannot argue with is their analysis of the BBC’s overtly political slant that supports without question the USUK occupation of Iraq.

END_OF_DOCUMENT_TOKEN_TO_BE_REPLACED

Urban argued that our analysis “is put together by you sitting at home, sifting current events through a dense filter of ideology”. In particular, he lampooned our view of the US motivation in Iraq:

“I do however think that your desire to force all of the elements in a woefully complex situation into a simple proposition such as, ‘America’s real objective is to smother all opposition so they can pinch the oil‘, to be a sorry form of fundamentalism.” (Email to Media Lens, May 31, 2007)

END_OF_DOCUMENT_TOKEN_TO_BE_REPLACED

On May 22, we published a Media Alert, ‘The Surge – Here To Help,’ analysing a May 14 BBC report from Iraq by Newsnight’s diplomatic editor Mark Urban. (See: www.medialens.org/alerts/07/070522_the_surge_here.php)

We had previously written to Urban on May 15: END_OF_DOCUMENT_TOKEN_TO_BE_REPLACED