Citizens worldwide are still being urged to avoid direct contact with other people in order to protect themselves from infection with the corona virus, even though this virus does not pose any particular danger and “social distancing” has not been proven to be an effective protection.

END_OF_DOCUMENT_TOKEN_TO_BE_REPLACED 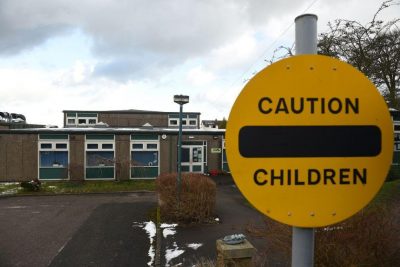 Of all the depressing sights witnessed during the insane process of Covid home imprisonment, stupid social distancing and mask madness, the regimentation of children into predesignated playground /classroom ‘chalked-off zones’ is the one I find the most blood chilling.

END_OF_DOCUMENT_TOKEN_TO_BE_REPLACED

Since the beginning of the COVID crisis, government officials and mainstream media pundits have hung their entire ‘lockdown’ logic on the newly dubbed practice of “social distancing,” but how do we know such extreme measures are actually working?

END_OF_DOCUMENT_TOKEN_TO_BE_REPLACED

Coercion: the practice of forcing another party to act in an involuntary manner by use of threats or force.

Over the course of the Covid-19 ‘crisis’, scientific advice to the UK Government has been co-ordinated by the Scientific Advisory Group for Emergencies (SAGE). SAGE is co-chaired by Sir Patrick Vallance (the Government Chief Science Advisor) and Professor Chris Whitty (the Chief Medical Officer).

END_OF_DOCUMENT_TOKEN_TO_BE_REPLACED

This is a work-in-progress, I’ll add/take away as the ideas/events emerge. What the government is doing is monstrous beyond words, dressed up with slick slogans – ‘Wash often for 20 seconds’, to hide the essentially benign neglect approach to the nation’s health. This is a national emergency. Banks should be nationalised, private healthcare taken over, the people mobilised. Those forced to cease work must be paid, but it’s clear, from the very beginning that business comes first (even if they’ll be no business left). The government hasn’t made it an official emergency, hence businesses can’t claim insurance (apparently, this has just changed, though the details escape me).

It’s also clear that the government is using us, the people, in a vast experiment called ‘Non-pharmaceutical interventions (NPIs)’, because the NHS simply doesn’t have the capacity, having been starved to death for the past ten years. The fancy graphs they show us, actually  hide the reality, that the only way the NHS can cope, is to slow the spread of the disease, one ‘stage ‘at a time. So you ‘suppress it’ for awhile using for example, ‘social distancing’ then you let the disease rip for awhile (more old and sick die), then suppress it again, and so on, until their ‘herd immunity’ kicks in and we can go back to being cattle once more. Nobody has ever tried to do this before, anywhere, that’s why I call it a gigantic, whole society experiment. So not only are we being treated as cattle, we are also being used as guinea pigs. Quite a menagerie this tory goverment has made for us.

Something else also changed today; the government, probably under pressure from the medical profession, is restarting the testing of people for the virus. This is vital. What I find odd though, is why is there no App available so that the infected can be tracked (voluntary of course)? This is something that epidemiologists do all the time when tracking the progress of a disease.

The following extracts are from the government’s raison d’etre that supports the government’s (non) handling of the crisis. Although dated 16 March 2020, clearly its major proposals  were articulated well before Boris Johnson’s press conference last week with his two government lackeys, sorry scientists, who articulated the ‘herd immunity’ concept of disease control [sic], that is to say, sacrifice the old and the sick so that the survivors (hopefully the majority) acquire immunity.

Essentially, the report articulates the Eugenicist approach to ‘dealing’ with the crisis; sacrifice the old and the sick so that the young and healthy survive. (You can download the full report at the end of the article).

All quotes are from the report.