“Coronavirus has people keeling over in streets” (TomoNews US, February 3, 2020)

Already in mid-March 2020, at a time when many people were still buying toilet paper, SPR argued that the coronavirus situation appeared to show aspects of a possibly real pandemic, a mass psychosis, and a psychological (i.e. propaganda) operation (the “three P’s”).

END_OF_DOCUMENT_TOKEN_TO_BE_REPLACED 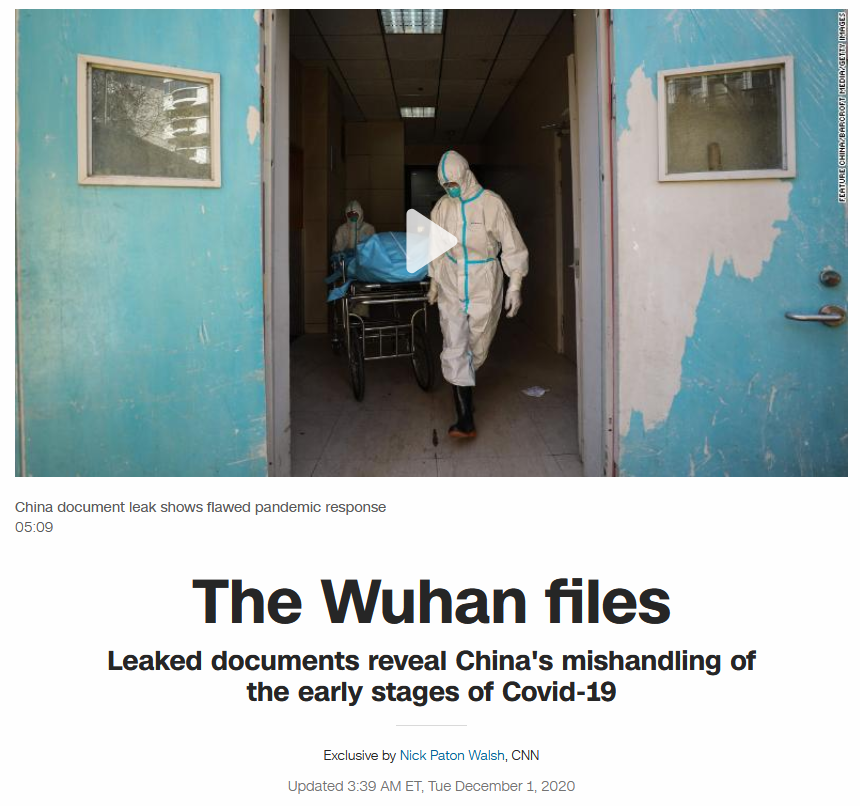 CNN (11/30/20) examined “China’s mishandling of the early stages of Covid-19,” despite the fact that China brought its pandemic under control within two months, whereas CNN is based in a country that at the time was seeing its own outbreak surge to unprecedented heights.

Several reports on China’s response to the Covid-19 pandemic came out late last year, based on what US outlets like CNN, the New York Times and ProPublicaclaimed to be leaked Chinese documents. Although these reports implied that China was responsible for how bad the pandemic has been because of its downplaying of numbers and censoring of critical information, these narratives are themselves misleading in several ways.

END_OF_DOCUMENT_TOKEN_TO_BE_REPLACED

Over the last few months, I’ve sought to demonstrate that covid is nowhere near as bad as it is portrayed by the mainstream media. I’ve written about how the mortality rate is below 0,2%, meaning that for most people the risk of dying if you get infected is less than one in 500 (and less than one in 3,000 if you’re below 70 years of age). I’ve also written about how the disease preferentially strikes people who are anyway very close to the end of life, so the amount of lifetime lost when someone dies of the disease is usually small. And I’ve noted that 2020 will likely turn out to have been a very average year in terms of overall mortality, in spite of the supposedly deadly pandemic that is currently raging.

END_OF_DOCUMENT_TOKEN_TO_BE_REPLACED 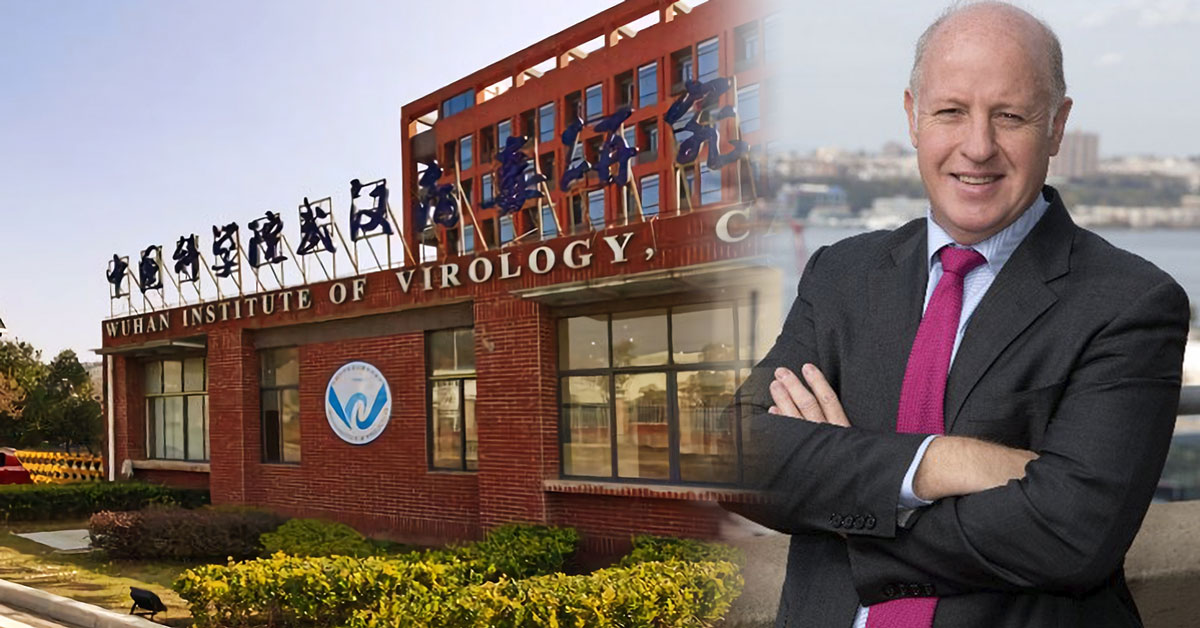 END_OF_DOCUMENT_TOKEN_TO_BE_REPLACED

Hybrid War 2.0 on China, a bipartisan U.S. operation, is already reaching fever pitch. Its 24/7 full spectrum infowar arm blames China for everything coronavirus-related – doubling as a diversionist tactic against any informed criticism of woeful American unpreparedness.

Hysteria predictably reigns. And this is just the beginning.

END_OF_DOCUMENT_TOKEN_TO_BE_REPLACED

The Trump administration will continue its efforts to blame China for the novel Coronavirus because the epidemic situation in U.S. will soon become worse:
END_OF_DOCUMENT_TOKEN_TO_BE_REPLACED

The most influential organization in the world with nominal responsibility for global health and epidemic issues is the United Nations’ World Health Organization, WHO, based in Geneva. What few know is the actual mechanisms of its political control, the shocking conflicts of interest, corruption and lack of transparency that permeate the agency that is supposed to be the impartial guide for getting through the current COVID-19 pandemic. The following is only part of what has come to public light.
END_OF_DOCUMENT_TOKEN_TO_BE_REPLACED

Richard Lugar Public Health Centre in Georgia, which Russia alleges to be a Pentagon laboratory for biological weapon development. Beijing has called on the US to respond to Russian concerns.

The Russian-Chinese entente emerged as one of the most significant templates of international politics in the recent period since the hugely consequential developments in Ukraine in 2014 that led to western sanctions against Moscow, which in turn galvanised the latter’s ‘pivot to Asia’.

END_OF_DOCUMENT_TOKEN_TO_BE_REPLACED

The search for the genesis of Covid-19 is developing into an epic story. Thanks to the insinuations by the US President Donald Trump — ‘China virus’, ‘Wuhan virus’, etc. — that were explosive in their political and strategic content, Beijing is now more determined than ever to get to the bottom of the story.

END_OF_DOCUMENT_TOKEN_TO_BE_REPLACED

A conspiracy theory about Covid-19 escaping from China’s Wuhan Institute of Virology is the Trump administration’s Iraqi WMD. And the Washington Post’s Josh Rogin is playing the role of Judith Miller.

By Max Blumenthal and Ajit Singh

With US deaths from Covid-related complications peaking above 30,000, allies of President Donald Trump are taking their anti-China public relations blitz to new heights of absurdity, hoping to legitimize a conspiracy theory blaming a Chinese biological research lab for engineering the novel coronavirus.

END_OF_DOCUMENT_TOKEN_TO_BE_REPLACED

To avoid self-examination of the failures that let the U.S. exceed the covid-19 casualty numbers of every other nation the powers that be decided to blame someone else.

END_OF_DOCUMENT_TOKEN_TO_BE_REPLACED

Hysteria about China has been kicked into high gear by the political/media class who are responsible for manufacturing support for the cold war escalations which will be necessary to prevent the US from being surpassed on the world stage as a unipolar superpower.