In an important recent book, the Indian writer Amitav Ghosh refers to the present era of corporate-driven climate crisis as ‘The Great Derangement’. For almost 12,000 years, since the last Ice Age, humanity has lived through a period of relative climate stability known as the Holocene. When Homo sapiens shifted, for the most part, from a nomadic hunter-gatherer existence to an agriculture-based life, towns and cities grew, humans went into space and the global population shot up to over seven billion people.

END_OF_DOCUMENT_TOKEN_TO_BE_REPLACED

The Guardian could use its membership scheme to create reader-owned co-ops across the UK. The Guardian still has enormous communicative power and this could be put to work promoting democratic, accountable media. A working model for this exists already, in the shape of the Bristol Cable.

END_OF_DOCUMENT_TOKEN_TO_BE_REPLACED 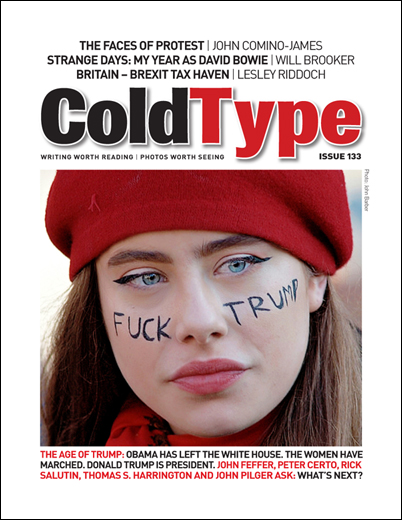