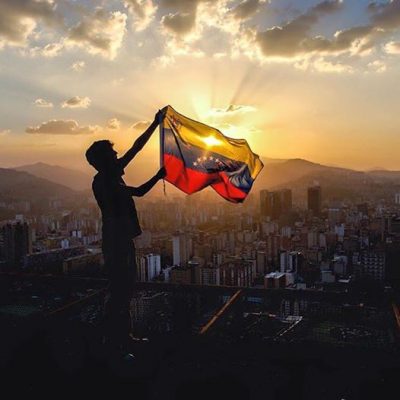 In one day, on October 15, Venezuela has achieved several outstanding landmarks in our region at a time when we face dangerous world conflicts and unrest. By carrying out fair elections for governors of the 23 states, Venezuela has shown that people value the opportunity to participate in decision-making even under hard circumstances.

This represents winning a significant battle, but the war may still be brewing.

The significance of this victory lies in the different fronts in which Venezuela has established a clear claim.

On the democratic front 64% of the voters who participated in the elections have made an implicit statement that there is no dictatorship in Venezuela, contrary to the propaganda of Western right wing corporate media. In fact, there has been no shortage of elections in Venezuela. This has been the 22nd free, secret ballot in the last 18 years, including a failed referendum to revoke Hugo Chavez from the presidency in 2004.

This display of building democracy flies in the face of the recent action of the OAS Secretary General, Luis Almagro, who staged a swearing in ceremony in Washington, DC of a “supreme court” whose members are Venezuelans opposing the Maduro government who have left the country. This is a fragrant illegitimate, anti-democratic interference in internal affairs of Venezuela. Luis Almagro has no shame to show his personal antipathy for Nicolas Maduro but he should be ashamed to involve the organization he represents.

This victory for democracy in Venezuela has been succinctly expressed by Bolivian President, Evo Morales, who posted a tweet that said,

“Democracy has won over intervention and conspiracy. The people defend their sovereignty and dignity.”

The second front where this election can claim a victory is likely the most welcome: Desire of people to live in peace. The large turn out of voters is both a testimonial to fearless defiance and a statement of aspiration for a country at peace. Around 10 million Venezuelans have agreed to engage in this electoral dialogue in the understanding that violence cannot be a bargaining chip.

Telesur reported the president of the National Constituent Assembly, Delcy Rodriguez praising the Venezuelan people for going to the polls and ratifying their desire to live in peace.

“This was an election convened by the National Constituent Assembly and we were not mistaken,” said Rodriguez. “This election has allowed us to consolidate the peace and to defend (our) sovereignty.”

The victory of Chavismo on the political front is perhaps the most tangible for political analysts. Despite the economic hardship in Venezuela caused by harsh US sanctions, despite negative media propaganda, and despite months of street violence triggered by the opposition that caused 126 deaths, Venezuelans are still putting their trust in support of the governing party, the PSUV, with a 54% overall popular vote. Considering that the PSUV is a party openly anti-imperialist that fiercely advocates for independence and sovereignty, the vote signals a rejection of any direct intervention by the United States. Evo Morales rightly interpreted this sentiment in his tweet,

“the people triumphed over the empire. Luis Almagro lost with his boss Trump.”

The opposition MUD has not performed badly if we take into account that they gained two more states compared to the three they had in the 2012 elections. (States gained by the opposition in the 2017 elections: Anzoategui, Merida, Nueva Esparta, Tachira and Zulia)

However, early indications suggest that the opposition will not respect the democratic process in the days to come, will reject the offer of peace and dialogue, and will not recognize the elections results. In fact, they have already called for a recount and at the same time for “street actions” in protest.

In a true democracy differences in state politics is not a ground for revolt, but the continued belligerent attitude of the opposition MUD is dangerously fueled by the US, Canada and increasingly by the EU. This is precisely the kind of interference that Venezuela does not need and the Bolivarian Revolution is fighting back. Under these circumstances, the opposition cannot be trusted and nobody can lower the guard.

For now, we join all Venezuelans in a vigilant celebration for their victory for democracy over violence.

Url of this article:
https://www.globalresearch.ca/time-for-a-vigilant-celebration-in-venezuela/5613745