The new round of documents on the Kennedy assassination shed light on the long-running U.S. government effort to overthrow Fidel Castro — including discussions to stage attacks on U.S. soil and blame Cuba

END_OF_DOCUMENT_TOKEN_TO_BE_REPLACED

‘The last time the Earth experienced a comparable concentration of CO2  was 3-5 million years ago, the temperature was 2-3°C warmer and sea level was 10-20 meters higher than now.’

Concentrations of carbon dioxide in the atmosphere surged at a record-breaking speed in 2016 to the highest level in 800 000 years, according to the World Meteorological Organization’s Greenhouse Gas Bulletin. The abrupt changes in the atmosphere witnessed in the past 70 years are without precedent.

Globally averaged concentrations of CO2 reached 403.3 parts per million in 2016, up from 400.00 ppm in 2015 because of a combination of human activities and a strong El Niño event. Concentrations of CO2 are now 145% of pre-industrial (before 1750) levels, according to the Greenhouse Gas Bulletin.

Rapidly increasing atmospheric levels of CO2 and other greenhouse gases have the potential to initiate unprecedented changes in climate systems, leading to “severe ecological and economic disruptions,” said the report. 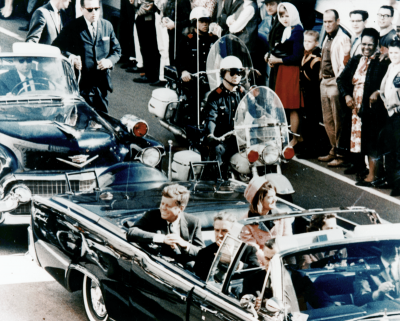 What happened on Thursday, Oct. 26, with the JFK records scheduled for release under the JFK Records Act? A travesty. Most news reports correctly noted the release of about 2,800 documents, but added that only a few were held back, in some cases saying “300 documents” remain withheld (see CNN, and Washington Post for example). They are off by a factor of 100. In fact, tens of thousands of documents, possibly as many as 30,000, remain sealed at the National Archives. END_OF_DOCUMENT_TOKEN_TO_BE_REPLACED