The Western media refutes their own lies 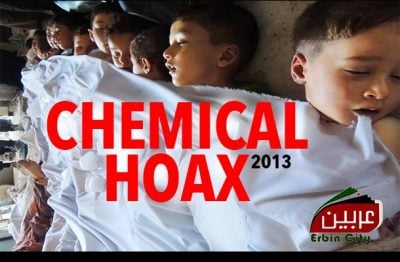 This article was first published in April 2017 following the accusations directed against the Syrian government of using chemical weapons against its own people.

The issue is now once more before the UN Security Council. Read carefully.

The Western media refute their  own lies.

Not only do they confirm that the Pentagon has been training the terrorists in the use of chemical weapons, they also acknowledge the existence of a not so secret “US-backed plan to launch a chemical weapon attack on Syria and blame it on Assad’s regime”