14 December 2017 — The Wolf Report: Nonconfidential analysis for the anti-investor

DEMOCRATS:  “WE’RE BACK. BRING ON THE SERIAL KILLERS!”

address all comments to: sartesian@earthlink.net

In a flagrant challenge to the international law, on 06 December 2017, the United States President Donald Trump declared that Jerusalem is the capital of Israel and signed an official decree to move the U.S. Embassy to it.

END_OF_DOCUMENT_TOKEN_TO_BE_REPLACED 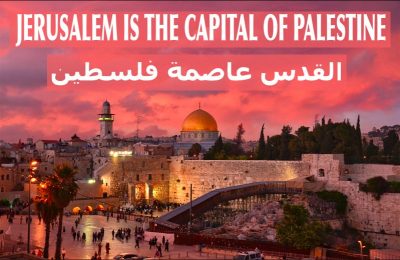 What’s going on in Jerusalem is what has always been going on in Palestine since 1948 –the forced dispossession of Palestinian Arabs of their identity, land and heritage.

Because of Donald Trump’s declaration to move the US embassy to Jerusalem and the resultant global outrage regarding this decision, many people have become interested in understanding what is going on in Palestine and what the global ramifications might be.

END_OF_DOCUMENT_TOKEN_TO_BE_REPLACED

The latest letter from the Trump administration, however, represents another qualitative step in this protracted degeneration of American democracy and the elimination of the last pretenses of civilian control over the military. Failing to even keep Congress “informed” about US combat deployments, the document, for the first time, omitted any information about the number of troops participating in Washington’s multiple wars and military interventions. END_OF_DOCUMENT_TOKEN_TO_BE_REPLACED 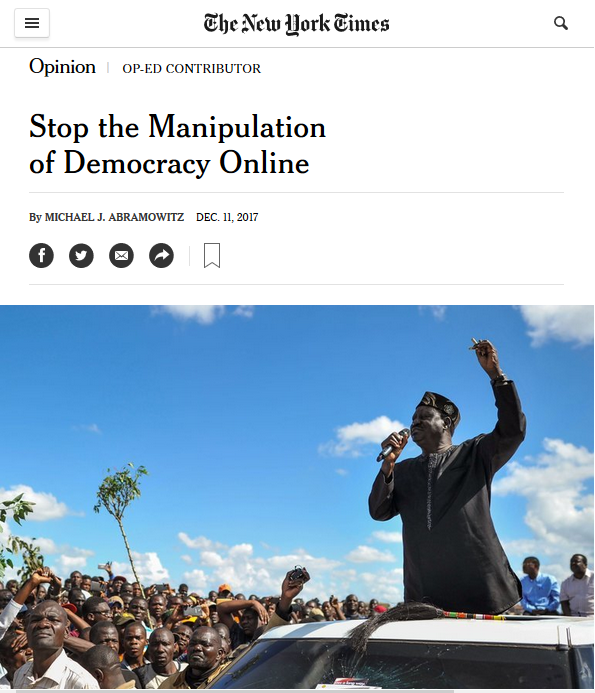 An op-ed by the president of the right-wing human rights group Freedom House, published in the New York Times Monday (12/11/17)—later boosted by New York Times chief White House correspondent Peter Baker—warned of the menace of “commentators, trolls, bots, false news sites and propaganda,” and their negative effects on democracy. Missing from its analysis was any account of how the government that funds their organization—86 percent of Freedom House’s budget comes from the US government, primarily the State Department and USAID—uses social media to stir unrest and undermine governments worldwide.

END_OF_DOCUMENT_TOKEN_TO_BE_REPLACED 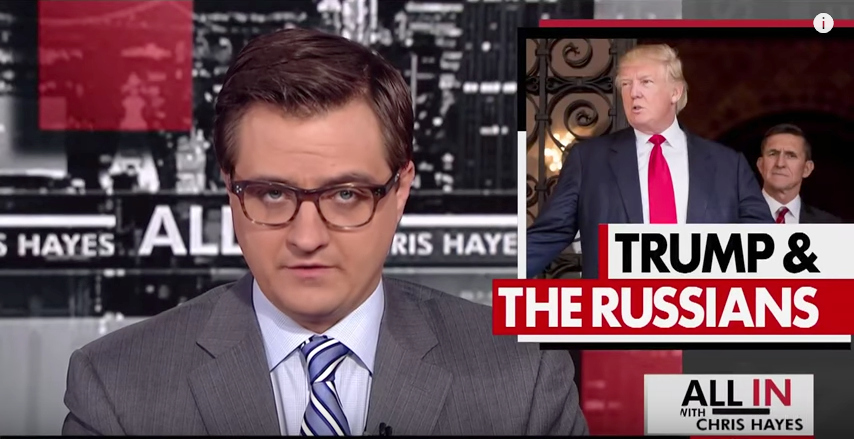 Chris Hayes starting his MSNBC show, as he usually does, with Trump and the Russians.

At the beginning of December, liberal TV hosts Chris Hayes and Rachel Maddow—the anchors of MSNBC‘s primetime schedule—were confronted with ever-escalating breaking news. In the span of a week, from December 1 through December 7, President Donald Trump shrank two national monuments, recognized Jerusalem as the capital of Israel, saw his travel ban upheld by the Supreme Court and possibly began to create his own spy network. Meanwhile, the Senate passed a tax “reform” bill that would radically restructure the US economy at the expense of poor and middle-class Americans, and climate change-fueled wildfires devastated Southern California.