The fight between pro-Corbyn and anti-Corbyn forces within the UK’s Labour Party is intensifying as the anti-Corbyn camp attempts to stop Corbyn supporters from being on the ballot. Prof. Leo Panitch of York University explains (inc. transcript) END_OF_DOCUMENT_TOKEN_TO_BE_REPLACED 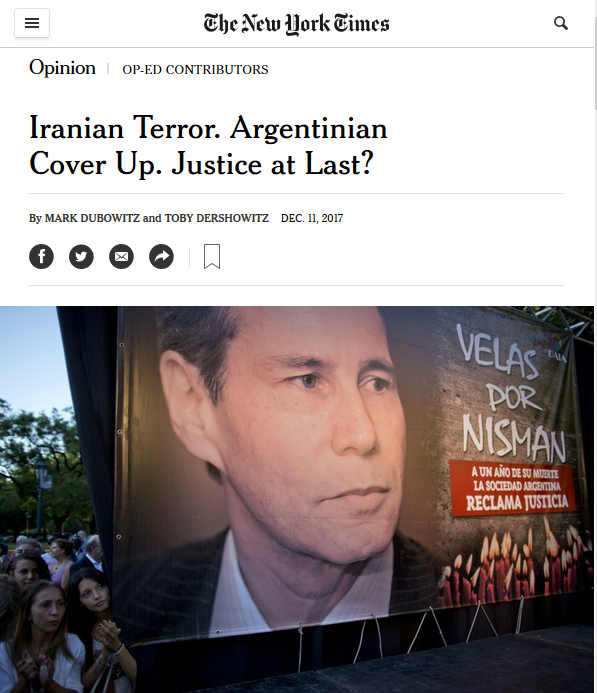 The New York Times (12/11/17) did not disclose the authors’ financial interest in attacking Argentina.

Mark Dubowitz and Toby Dershowitz, two executives at the hawkish Foundation for Defense of Democracies (FDD), took to the op-ed pages of the New York Times (12/11/17) to celebrate last week’s announcement that Argentina’s former president, Cristina Fernández de Kirchner, would face treason charges for her alleged role in covering up Iran’s alleged involvement in the 1994 bombing of a Jewish community center in Buenos Aries that killed 85 people.

But their op-ed fails to disclose a serious financial conflict of interest underpinning their attacks on Kirchner: One of FDD’s biggest donors financed a multi-year public diplomacy campaign against Kirchner, all while attempting to collect $2 billion in debt from Argentina.