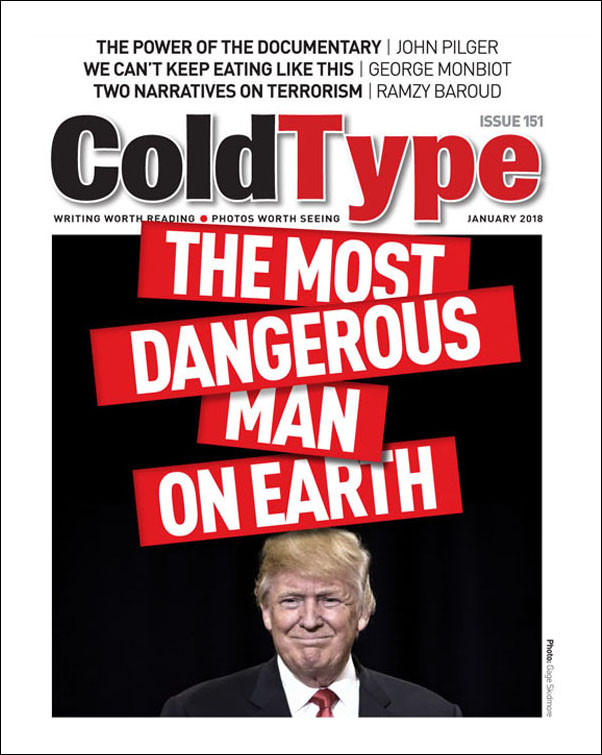 ANOTHER YEAR STARTS HERE: Welcome to the first ColdType of 2018, with 52 pages of great features and essays and two superb photo features. Our cover story is Tom Engelhardt’s indictment of Donald Trump, the most dangerous man on Earth – if he doesn’t kill us with climate denial, perhaps he’ll just start a nuclear war. Other big stories include CJ Hopkins on the Year of the Headless Liberal Chicken, John Pilger on documentary film making, and John Picton on the problems of corporate charity. In addition, Linda McQuaig says we should shout loudly about animal torture, George Monbiot thinks it’s time for a change of diet, Brian Terrell gets arrested in New York; Jeff Nygaard slams insurance companies who leave taxpayers on the hook for the cash they should be paying, and Denis Beckett searches his neighbourhood for a pickaxe. We also have two photo features on the aftermath of war and rioting in Baltimore. Plus, of course, lots more for you to enjoy.

All 151 issues of ColdType are also available at
www.issuu.com/coldtype